The story of Resident Evil 1.5 is certainly an interesting one. The prototypical version of Resident Evil 2’s development kicked off shortly after work on the original Resident Evil was completed for the PlayStation in early 1996. In the following months, magazines were filled with preview screenshots from the game, introducing rookie RPD officer Leon Scott Kennedy and his blonde biker companion, Elza Walker. The game’s setting was a decidedly more modern take on Resident Evil 2’s haunting Gothic police station, and featured tons of undead ghouls on screen.

However, as often happens in this industry, development of the successor to Capcom’s pioneering survival horror title didn’t go as smoothly as planned, with series creator Shinji Mikami (then working as the game’s producer) and the game’s director Hideki Kamiya locked in creative disagreements. Ultimately, the game was shelved when the title was 60-80 percent complete, and the team at Capcom went back to the drawing board to create what would ultimately become the Resident Evil 2 survival horror fans today know and love. While it’s probably a good thing Capcom decided to shape the title into the Resident Evil 2 that we saw release on the PlayStation in January of 1998, the mystery surrounding what exactly awaited fans in Resident Evil 1.5 was so great that a fan actually managed to get his hands on a build of the game, and since then the dedicated Resident Evil community have been actively working to hew the unfinished project into a finished product.

One of the members of the team working on spiffing up Resident Evil 1.5,who goes by Gemini, posted a video of the game in action. The brief video showcases the progress the team has made in fine-tuning the pathfinding for the zombie A.I. in its near final form. In the video you can see Leon firing off shots at a horde of undead as they work their way through the police station’s rather sterile lobby and down a narrow corridor. It’s nothing groundbreaking, for sure, but it just goes to show that things are progressing steadily for the game, giving fans who’ve waited nearly two decades to experience Resident Evil 1.5 in its fullest some hope that they’ll get to party like it’s 1996 in the not-too-distant future.

For a closer look at Gemini’s work on Resident Evil 1.5, check out his YouTube channel to see a ton of videos he’s posted documenting the progress he’s made in bringing this nearly two-decades-old nightmare back to life.

So, are you looking forward to seeing this project finally completed? I know I am. Ever since first seeing the early screens of Resident Evil 1.5 showcased in Game Players magazine as a kid, I’ve always wanted to get my grubby mitts on this version of the game. While there are playable builds floating around as we speak, they’re far from polished and feature a mostly lifeless (no pun intended) police station. I think I’ll be waiting until the team wraps up their efforts on bringing the project back to life before I check it out for myself. 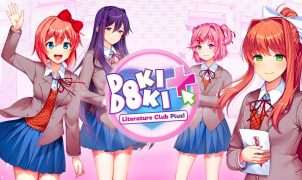