Why Fire Emblem Fates May Fail

Did Nintendo “Choose” Incorrectly when it comes to Fire Emblem Fates? In less than a week, Nintendo will be releasing the next installment of the Fire Emblem series to the United States. Or rather, two versions. For whatever reason, Fire Emblem Fates has been broken up into two games, with a third campaign coming at a later date. It is an exciting time for fans of the franchise, though I fear that there may some dark times ahead. Now, this does not cover the so-called “Controversial” petting mechanic, so rest assured on that.

When you consider the massive sales that Fire Emblem: Awakening received in the United States, most of you would argue that I am crazy for even suggesting that the next games will fail. Indeed, according to VGChartz, Awakening sold almost a million copies in the US alone, and 1.89 million worldwide, making it the best selling game in the series in the west. As well, the game has scored quite highly on review sites, which also can help boost sales. Both reasons are enough for most people to outright disregard this article. Let’s consider this: When Fire Emblem: Awakening came out to the world, just how many quality games were out for the Nintendo 3DS? Not even considering that the Strategy RPG genre that Fire Emblem falls into had only one game released for the system (Shin Megami Tensei: Devil Survivor Overclocked came out lover a year earlier), the entire system in general had very few games of virtue. Back in the early months of 2013, the Nintendo 3DS was suffering from a lack of first party Nintendo games. The Mario games came out over a year before this, the newest generation of Pokemon games were barely announced, and Zelda games, besides a remake of Ocarina of Time, were nowhere to be seen. Sure, Kid Icarus: Uprising came out, but as a whole Nintendo, and a majority of third party companies did not release games for the system until after Awakening. A massive reason why Fire Emblem Awakening did so well was that it was the first new game for the system that was reviewing well and had even somewhat of a fan following. It didn’t hurt that the game was also incredibly good in gameplay either, though the story was less than stellar.

Here is a sad fact. Fire Emblem as a series does not sell all that well, Awakening excluded. Even in Japan, where the series was created, sales went from modest successes to disappointing revenue gains. That is not including Western sales, which started to be accounted for after the 7th game started to be released in the US. While fans of SRPGs and critics usually loved the series and the massive amount of difficulty each game possessed, the majority of gamers were not picking up the franchise, and sales started to suffer. In actuality, had Fire Emblem: Awakening failed, Nintendo was planning on letting the series die out, as it was not financially sound to spend time and effort on something that wasn’t being picked up on store shelves. In a slight frenzy, Nintendo designers and teammates over at Intelligent Systems bit the bullet and forced everything that they could into Awakening, fearing it to be the last. As such, Fire Emblem: Awakening was jam packed with content. Everything from characters being able to marry, to being able to team up for extra damage, was all thrust together in an effort to sell more copies. A major change was also added. Making the story less of a focus on war and the effects it has, Fire Emblem: Awakening had an anime style story, with much more lightheartedness and jokes. While the older games in the series was not exactly the opposite, Awakening certainly knew that it wanted the anime fan group to jump over to their side. As such, Fire Emblem Awakening was made much easier than other games in the series, even having a Casual mode, where characters do not die after losing in battle, which was (and still is) a staple in the series. Characters were still able to support one another, but the dialogue was more two dimensional, with a majority of the characters feeling incredibly one note and not having more than one set mood at any time, even while talking to other characters where that wouldn’t fly in the predecessor games. In turned out that Awakening did quite well with the mass market, at least compared to other games in the series, and Nintendo optioned to continue the series.

Nintendo announced that the next game would be separated into two parts, not unlike the Pokemon games, each playing differently. One would be like Awakening, and the other was to be much more difficult, with each mission playing different. This is where I believe Nintendo started to lose people’s interest. Not only has this two-game where one is harder been done before, and on one cartridge no less in Fire Emblem: The Sacred Stones, but they also have a number of the exact same chapters in both games until the story starts to split. Unlike Pokemon, where the story is the same throughout each version, thus making buying only one a non-issue besides not being able to get a few critters, Fire Emblem Fates is forcing customers to purchase two games to complete the series. Few people are going to want to buy two games released on the same day to get the full story, and the third part doesn’t have a set release date as of yet. In addition, Fire Emblem Fates is making a number of additional changes that may be making a few of the dedicated followers of the series nervous about buying either version. Gone is a major portion of the Weapon Triangle, where each weapon is stronger than another, while substituting a newer version, where it plays much simpler, and groups of weapons play the same, thus making each weapon less unique. Another change is the dreaded “Phoenix Mode”, an optional selection that allows characters to come back from the dead after waiting a single move, thus making most challenges pointless. The games are becoming easier and less diverse, ironic for a game that is being cut into two, and longtime fans are becoming stiff at the thought. The story is also being divided, where fans of Awakening are happy that the anime-centric story is being once again put forward, more than a few people are saddened by that same choice.

Finally, the game is coming out well after a surge of quality 3DS titles have been released for the handheld. Unlike when Awakening was unveiled, multiple SRPGs and other amazing titles have been released, and some quite recently. The market is not foaming at the mouth nearly as much for a good 3DS game anymore, which may hurt. Releasing in mid-February is also not the best month, as people are either waiting for the summer to have time to play games, or are still busy with the amount of games that have come out in the past couple of weeks. I am positive that both Fire Emblem Fates games will score relatively well in the reviewing business, but that isn’t a guarantee of sales. Most Fire Emblem games have received high scores, but suffered in sales.

This is by no means what I hope happens to Fates. Fire Emblem is a series that I have been following since the GBA days, and have been eagerly awaiting for each new release. However, I truly feel that these games will not do nearly as well as Awakening, and that having the games either on a single cartridge, or at least combined as a single purchase would boost sales, rather than hurt. I will be getting both versions, and I encourage everyone to at least get one, as I do not want to see this series die as it almost did.

So, do you think Nintendo made the right call in bringing Fire Emblem Fates west? Be sure to let us know in the comments section below. 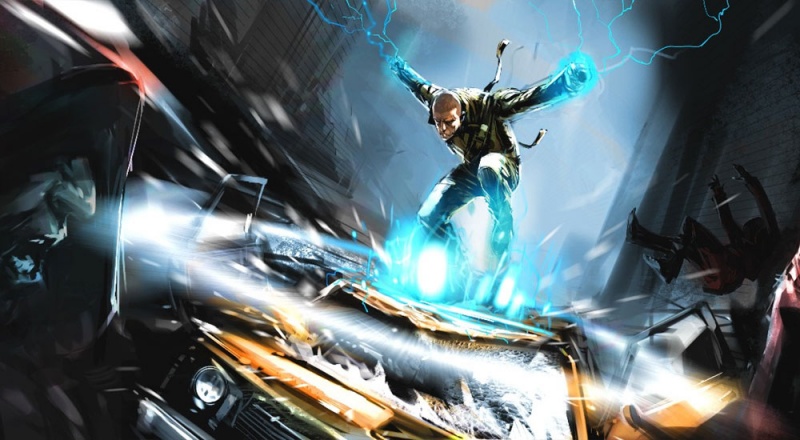 In 2009, Sucker Punch decided that while Sly Cooper was a good little money maker, they’d like to expand a little, move into another realm so to speak. They…