In this Heroic Legend,  Arslan and Co. are Warriors worth a Thousand

I sure do love me a good Warriors game. As far back as the PlayStation 2, the Dynasty Warriors series has been a solid choice among my friends and I when we wanted a game with tons of action, cheesy voice acting and very little thought required if we happened to be three-quarters of the way through a “two-four.” With the recent explosion in warriors titles well beyond the scope of Dynasty and Samurai Warriors and following up the PlayStation 4’s Dragon Quest Heroes, Koei-Tecmo has turned to the 1986 (and ongoing!) novel series, Arslan Senki (also known as The Heroic Legend of Arslan) for its next installment in the ever-adaptable Warriors franchise. 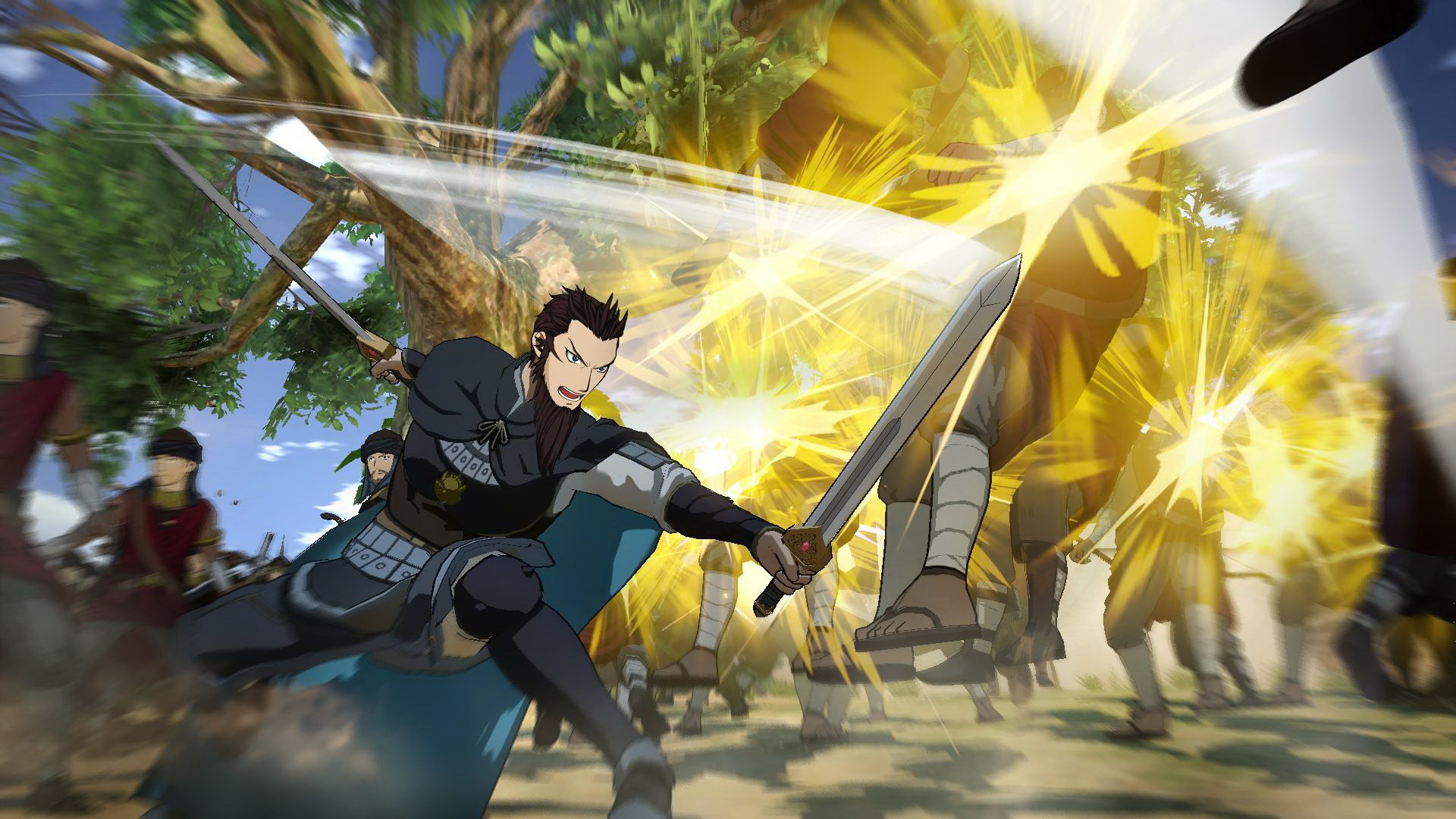 Specifically derived from the anime adaptation of the original Arslan novels, The Warriors of Legend is as faithful to its source series as you might expect from a Warriors game, complete with all of the huge-scale battles, ridiculous combos, huge KO counts and diverse rosters the series has become known for. If you’ve ever played one of these games in the past, you’ll be right at home, despite the likely completely foreign characters and settings. For fans of the Arslan series, it also serves up additional media for said fans to enjoy.

For those not in the know on what makes a Warriors game tick though, here’s a quick rundown. The object to Arslan: The Warriors of Legend is pretty simple; hack and slash your way through literally tens of thousands of enemy combatants on vast battlefields through the use of a wide variety of heroic warriors. Players have access to several different combos based on alternating light and heavy attacks as well as many other more advanced techniques performed mid-combo. There are also hugely powerful special attacks unique to each character in the game that does a very good job of obliterating huge swaths of enemies in a single go. Indicated by a gold bar, these special attacks are charged green orbs dropped through enemy destruction. You can also apply character enhancements in the form of cards which can be collected. Up to three can be chosen from a list of 200 collectible cards dropped through enemy and boss destruction. 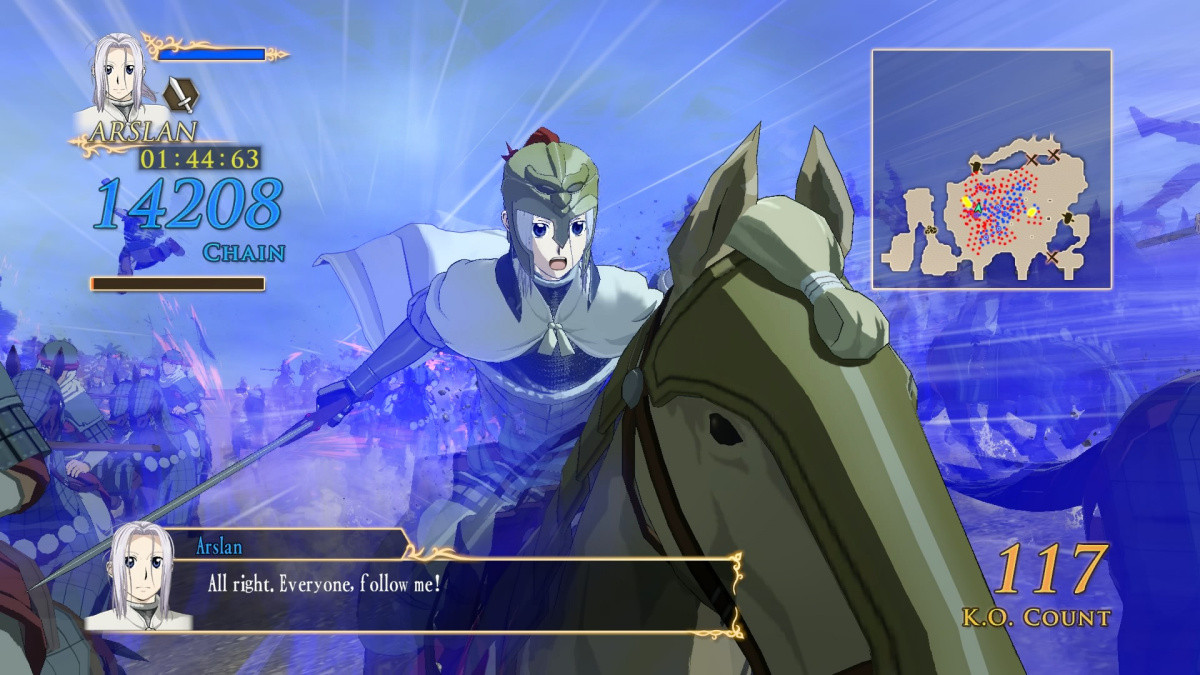 There is also a strong emphasis on horseback combat, with players able to nimbly maneuver in tight spaces while winging around their weapons whilst mounted. Trampling troops with your equine dreadnought also do a pretty good job of damaging a good amount of soldiers in tight groups swiftly and easily. There will be times when fighting on foot is better than on horseback, but if you get separated from your trusty companion, the L2 button is all that’s needed to call them back to your side.

As each battle unfolds, the battlefield will often change as well; many passages will be blocked off or opened up as conditions change in the mission at hand. There will also be times when the battle will shift from one character on one end of the map to another on in the exact opposite side of the battlefield. These characters will have wildly different attacks and combos, so even though you’re still fighting on the same map in the same mission, the game will feel quite a bit different as a result. As more enemies are defeated, player characters will level up and get stronger, complete with extra special attack bars. 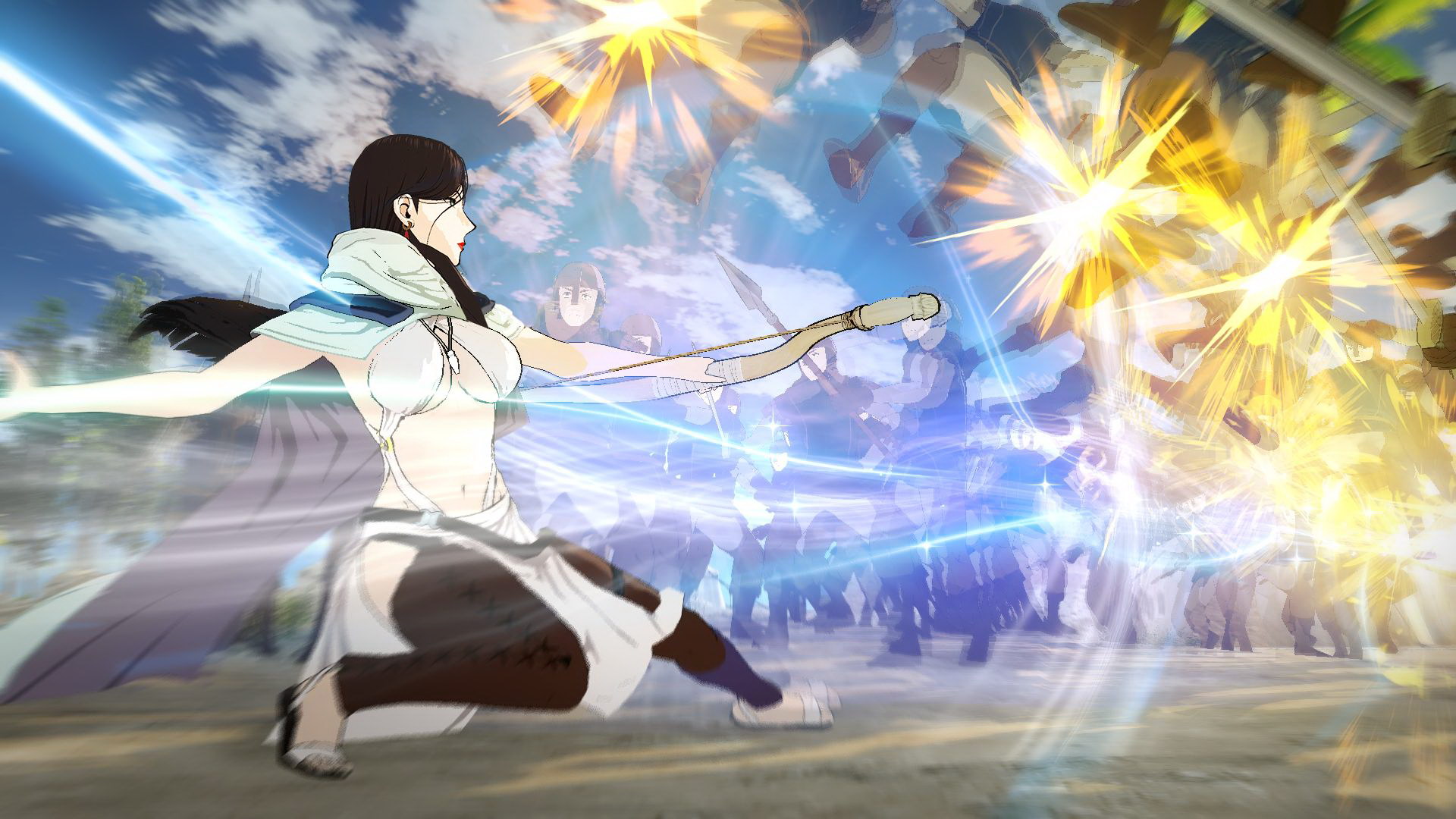 Some part of the map can only be opened up through the activation of a big swirly area called a heat area. Holding R2 will enable a massive attack called a Mardan Rush Attack, in which hundreds of units band together to completely decimate everything in their path. Sometimes, this is required to bust down barriers to open a new area of the map. Mardan Rush attacks can also result in a huge salvo of fire arrows in some cases as well. Once again, these are used to open new areas or progress battles.

The gameplay then, as you can imagine, is pretty solid and lives up to the Warriors name. It also happens to be complemented by art direction that will surely appeal to fans of Fullmetal Alchemist, as Hiromu Arakawa is also behind the Arslan manga and anime. You can definitely see many of Fullmetal’s characters seemingly hidden in the characters in Arslan with only a little bit of imagination. Similarly, the sound design works extremely well in Arslan with great sound effects and a-rockin’ soundtrack equal to anything in any other Warriors game. However, only Japanese voiceovers exist; while this means that the delivery is great it also means that, without a firm understanding of Japanese, you’ll often need to look away from the action to see what’s being said. What is said is pretty engaging stuff too; Arslan’s narrative is some pretty standard anime stuff with all of the betrayal and redemption you’d expect but at the very least, it’s enjoyable. 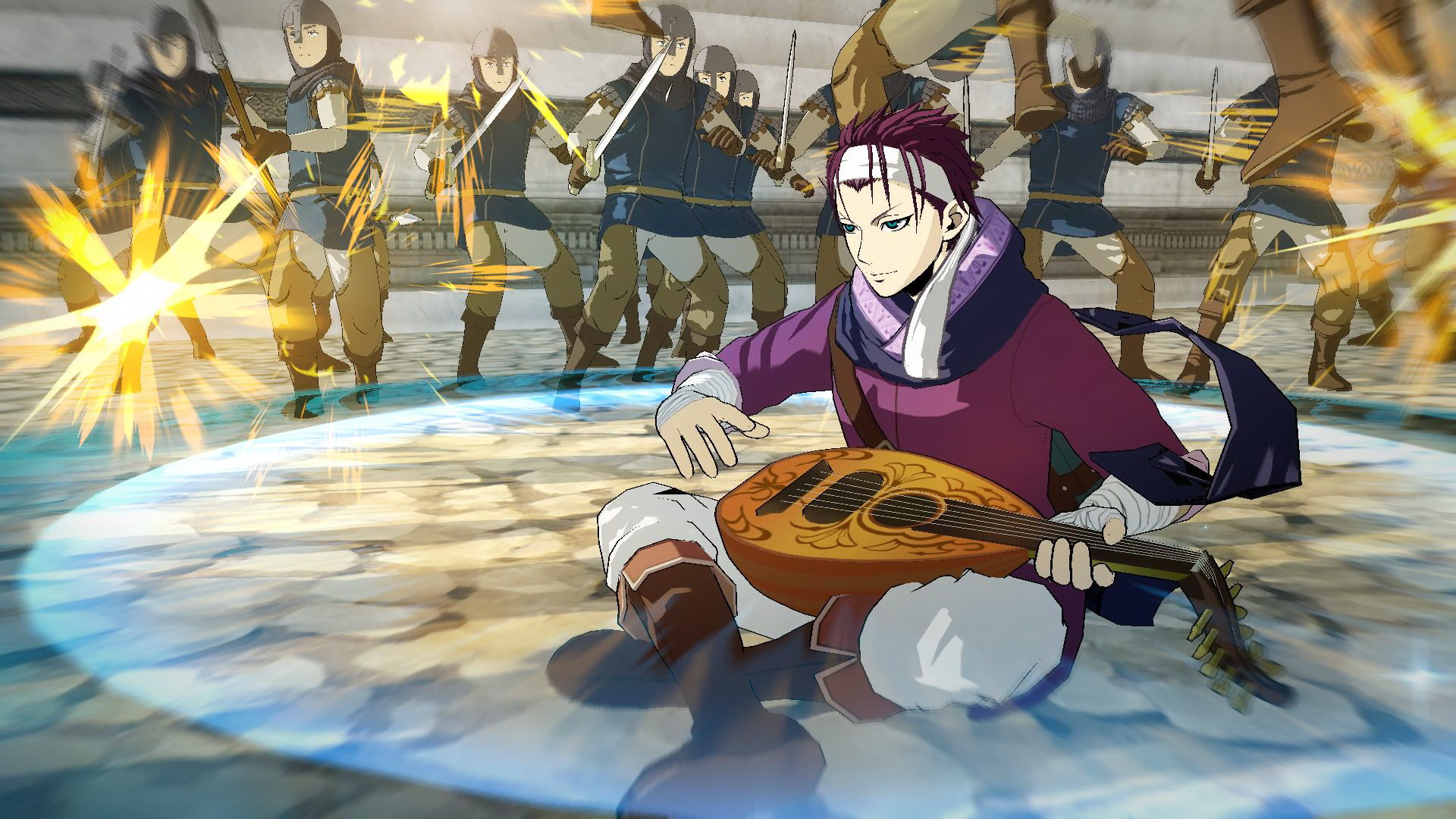 With that said there are a few things that didn’t jive especially well with me about Arslan. Firstly, the “animated” scenes between stages are super choppy, often “tweened” (a technique used to simply and easily move elements between two points in flash animation between keyframes) and they’re kinda butts as a result. A falling animation should have way, way more frames involved than uh… two.

Next up, the horseback combat, while really sharp control-wise, was still pretty fiddly, regardless. Oftentimes, I just used my horse to get around quicker and did all of my fighting on foot since there’s way less to your attacks on horseback than on foot. And speaking of combat, crowded battlefields also give way to a lot of pop-in and pop-out. It’s really kind of jarring to see enemy units you have no idea were even there just kind of instantly materialize into existence from thin air. A ton of enemies onscreen should be a pretty easy thing to do; Sandlot definitely got it right in Earth Defense Force 4.1, after all. Like EDF though, the slowdown is going to rear its ugly head when things get really lively, so expect that.

Thankfully, that’s all there is to nag about. Beyond the main story, a free mode also exists with new perspectives to missions played from other characters points of view. An online multiplayer mode is also present for players to take on the game in story or free mode through network play. Finally, a bevy of options, such as sound levels, display tweaks and whether you want to reset your warriors’ levels are available in addition to a gallery of character models, portraits, voice-overs and other art assets.

On the whole, though, I gotta say, Arslan: The Warriors of Legend was a game that I rather enjoyed. If you dig anime, Warriors-style games, engaging narratives, you want a game that has a wide variety of characters or you want a game that lets you KO thousands of fools with relative ease, be sure to spin this one up.

Full disclosure: This review was written based on review code supplied by the game’s publisher, Koei Tecmo America.