War! What is it good for? Absoloutely nothing! HUH! Have you ever wanted to experience the life of an embattled solider having to clean up the mess of one of George Bush’s ill-fated oil wars? Well, if you do, you’re out of luck! If you just want an abbreviated version of that experience focusing on the battles, you might enjoy Insurgency: a multiplayer team-focused FPS set during the occupation of Iraq. Insurgency’s selling point is its more down to earth depiction of the well worn trope of being a soldier who shoots dudes in wars. Even in the game’s only single-player mission – the tutorial that introduces you to the basics – your rugged sergeant is quick to inform you: “Stand back, this ain’t the movies, those C4 make a big bang” as if to underline the focus on realism. It’s pretty silly for Insurgency to advertise itself as being realistic though, when it’s about two precisely balanced teams standing on equidistant glowing objective letters to capture them.

So if the facade of realism is paper thin, Insurgency should at least be fun, right? Well, it seemed like it would be at first. Right from the word go, you’ll have access to a variety of different weaponry customization options. Want to have an assault rifle with a scope that zooms in so far you can see the blackheads on an embittered rebel’s nose? Want to put a flashlight on the underbarrel of your shotgun to light up the darkness of the night-time maps? You got it. Virtually any type of gun accessory you can imagine is on offer. At the start of each match you can choose a role in your team and this effects what type of weapons you have on offer. There’s no grind towards better gear like in Heroes and Generals, as all guns and mods are available from the start. This is part of what really damages Insurgency’s appeal though. There is simply nothing to work towards. Most multiplayer focused games have some sort of over-arching reward system for continued play. In Insurgency there was absoloutely nothing. No new character skins to unlock, no new cosmetic options for weapons, not even some sort of prestige badge for random people to be indifferent towards. This would be forgivable if the game itself was exciting, but as it stands, the lack of incentive to keep going makes the already tiresome proceedings feel even more futile.

Insurgency is geared towards a more hardcore shooting audience who demand a more true-to-life depiction of killing people, and the game delivers in many aspects. From the way every explosion makes your ears ring in subtle variations, to the way missed bullets snap off the terrain, there are lots of neat little details to immerse you in the experience. There’s over 12 maps, and night-time versions of each one. I never found anyone actually playing the night-time maps, however. I can’t really blame them either. Playing the night maps is interesting at first, but when everyone has night-vision goggles it’s much like playing during the daytime, but everything’s glaringly green. It felt as if the team behind Insurgency was trying to stretch their assets as far as possible to create variety with the night-time maps, but they just came across as gimmicky in practice. This brings me to the different game modes on offer, which look quite wide ranging at first, but they’re very samey on closer inspection. There’s modes where you capture points in various combinations. There are modes where you blow up enemy weapons caches to progress towards victory. Then there are a few more that are variations on these two themes. What’s quite telling though, is that I could not find a single populated server hosting either of the two modes focused solely on destroying caches. I can only assume that just racing to blow up inanimate objects wasn’t very fun.

There’s also a VIP mode where the onus is on killing or protecting a supposedly important member of a team, who is apparently foolish enough to wear different clothing to everyone else as if to say: “I’m important, kill me!”. You might imagine this VIP mode would result in tense stand-offs with defenders waiting for big ambushes with sweaty fingers on triggers, before a massive tactical firefight happens. In reality, these matches are usually over in under a minute as some buffoon gets set as the VIP and runs out into sniper alley. Even in the rare occasions these matches actually pass the one minute mark, you’ll seldom be involved in getting the VIP to the extraction point or blasting him. Defending teams tend to fan out to try and find the VIP, so it’s likely you’ll be playing hide and seek with random dudes on the other side of the map when the match abruptly ends without your input. Insurgency seems to favour the idea of teamwork and communication to achieve a goal, but in practice isn’t really designed to encourage it. The game modes all have one key thing in common, when you die, respawning is seldom immediate, or guaranteed. Respawning is often dependent on capturing or defending points. This makes battles feel like they have a real ebb and flow to them. Capturing territory feels more meaningful as you’re dependent upon it for more “reinforcements” (Insurgency’s code for respawns). However, this can also create situations where you’ll get killed early on and will be forced to watch through the eyes of another player while waiting to respawn or lose the match. Nine times out of ten this will be intolerably dull, as the players with the most longevity in Insurgency tend to be the most careful. If you’ve even wondered why there’s never been a TV show about a guy hiding in a corner and pointing a gun cautiously at a door for 5 minutes, then Insurgency will enlighten you. Co-operative play is also an option, where you team up with other players against bots to fulfil objectives. Alas, the awful AI in Insurgency makes the deliberately dumb baddies from Bedlam seem like leather-elbow-patch-wearing university professors by comparison. Your insurgent opponents will wander around like headless chickens, not seeking any sort of cover, frequently getting in eachother’s way. It’s not uncommon for them to accidentally torch themselves with molotovs or blow themselves up with RPGs. Of course, since explosives have a realistically huge area of effect, more often than not they’ll take you with them in their stupidity. This has the twin effect of making you feel unsatisfied with defeating your idiotic opponents, but also frustrated as they get a cheap kill time and time again because of an explosive out of nowhere.

Again though, the real problem with the co-op mode is one of futility. It feels starkly pointless. In the seminal co-op FPS Left4Dead you’re immersed in helping your survivor escape the zombie hordes. In PAYDAY 2 you’re a daring heister trying to steal cash to spend on various goodies. In Insurgency you’re teaming up with your buddies to make some red objective markers change colour. Nothing is at stake.

It’s hard to think of how to summarize Insurgency. It is a functional game where you shoot people. You shoot people with guns. Insurgency doesn’t commit to hardcore realism enough to be a tense survivalist experience like DayZ, nor does it go all out in being a wild, unprententiously fun team-based shooter like Loadout. Insurgency just comes across as a rather bland experience with absoloutely nothing unique or exciting about it. God knows the whole “killing turban wearing guys with rattly machine guns” market is pretty saturated. Insurgency is a game you’ve already played countless times before, so why bother playing it again?

Full disclosure: A review copy of Insurgency was provided to HeyPoorPlayer by the Publisher. 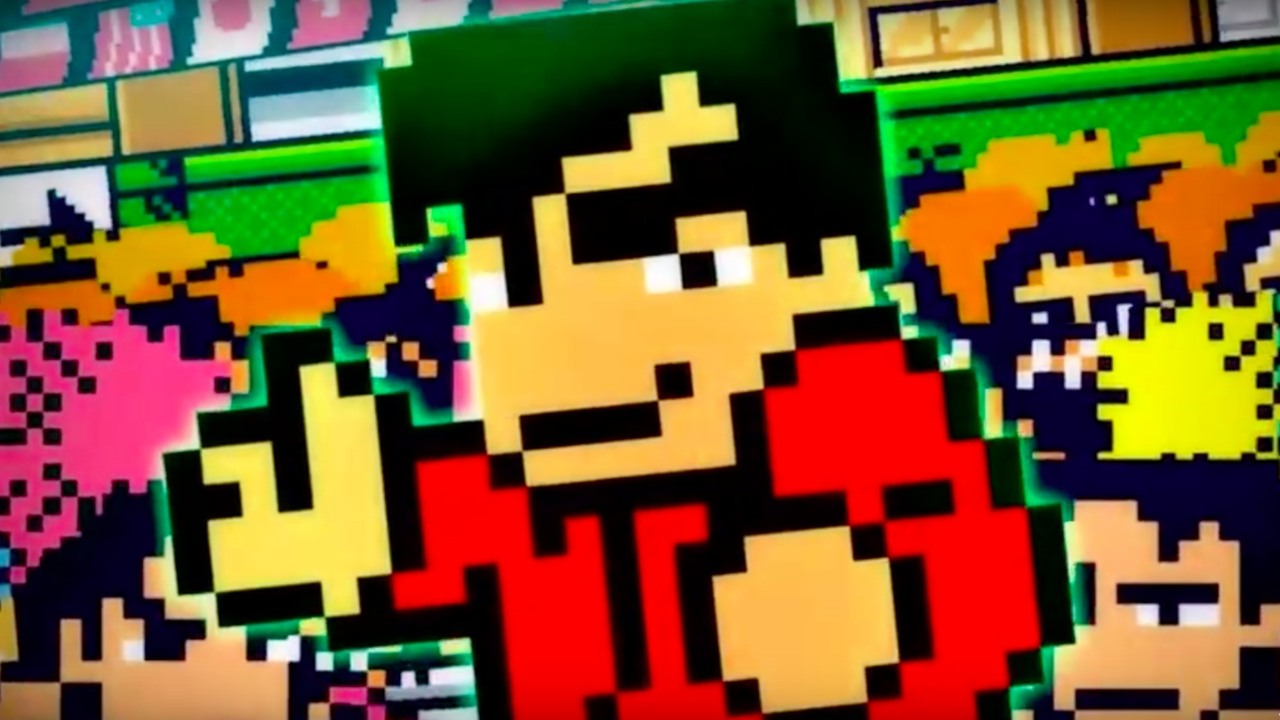 Badasses are the ones who get the girls! Ah, the Kunio-Kun series, how I adore your chubby characters, fantastic story lines, hilarious hijinks, and absolutely violent history! A series that…