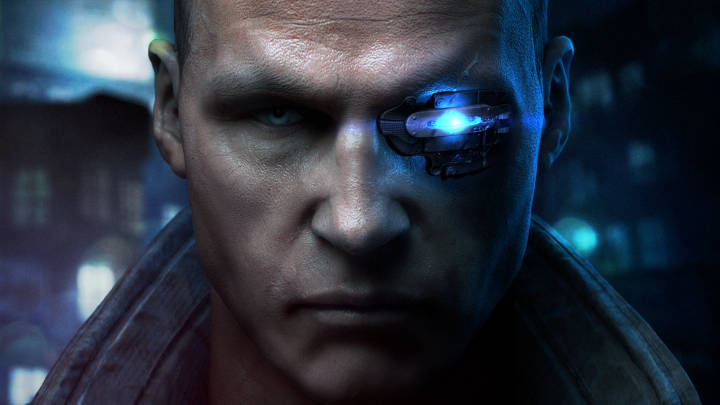 The world as we know it has ceased to exist. Surrounded by vast, hostile wastelands, the remnants of humankind’s dwindling population live within the closed city of Bezoar, but the walls have been breached. As a CLN soldier, you are all that stands between the hive mind machines of The Sanctuary, and total extinction.

This is the premise behind Hard Reset Redux, a revamped version of Shadow Warrior developer Flying Wild Hog’s cyberpunk-themed, breakout 2011 PC shooter. Hard Reset Redux comes equipped with a new, upgraded visual engine and rebalanced gameplay, along with new enemies and weaponry including a devastating cyber-katana.

As is customary with a new game announcement, the studio has released a fresh trailer showcasing the game’s slick new visuals and over-the-top shooter action. In the trailer we get a good look at the game’s story told through gritty graphic novel-style cutscenes, and a look at plenty of blood and explosions as numerous robots, mercenaries and other baddies get reduced to twitching bits with an arsenal of sci-fi weaponry.

Check out the game’s announcement trailer below courtesy of publisher Gambitious Digital Entertainment:

Hard Reset Redux is slated to launch soon on the PC, PS4 and Xbox One.

Developer Flying Wild Hog knocked it out of the park with their recent Shadow Warrior reboot, and Hard Reset Redux looks to be another explosive re-imagining of a classic FPS. We can’t wait to get our hands on the game when it releases on PC and consoles soon to see what it’s all about.

So, will you be picking up this upgraded shooter when it blasts its way to retail? Be sure to let us know in the comments section below.