Hold the Prison-Industrial Complex in Your Hands

Prison Architect, the prison management and building simulator from developer Double Eleven, will be released on consoles in the second quarter of this year.

Arriving on PS4, Xbox One and Xbox 360, the console versions of Prison Architect will include a unique system called Prison Warden Mode. This offers pre-constructed prisons that allow players to “get into the action faster.” World of Wardens is another new feature which grants creators the ability to share their custom prisons online and try to manage the creations of other players.

Mark Morris, managing director of Introversion said, “Myself, Chris Delay and the rest of the team have spent more than five years with the community making Prison Architect what it is today and we’re grateful for all the support we’ve had along the way. The decision to bring the game to new platforms and finding a partner was no easy one. Enter Double Eleven, who have a demonstrated a wonderful track record in taking a known game and really making it their own. Double Eleven approached us with their ideas for the game both as a publisher and developer and we were really excited about where they wanted to take it.”

Prison Architect was released on PC in October after spending 3 years as a Steam Early Access game. Check out Jonathan Trussler’s review of the complete game here.

For a closer look at Prison Architect‘s long awaited stint on consoles, be sure to check out the latest trailer for the game below:

So, do you plan on doing some hard time when the game lands on the Xbox One, PlayStation 4 and Xbox 360 later this year? Be sure to let us know where you’ll be serving your sentence in the comments section. 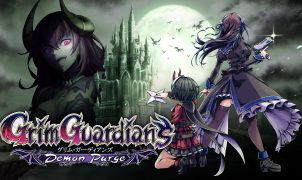