Digimon Story: Cyber Sleuth poised to bring monster-brawling action to the PS4 and Vita next month With Digimon celebrating its 15th anniversary in the United States, Namco Bandai Entertainment has graciously allowed the next Digimon video game to come stateside. Dubbed Digimon Story: Cyber Sleuth, you take control of a teenager who has mysteriously found their way into the digital world where mysterious creatures known as Digimon appear. Suddenly an incident occurs, and the teenager becomes part digital, and teams up with a group who take on enemies who use evil Digimon to commit cyber crimes.

In order to fight against these foes, you control a group of three Digimon at a time combating in turn based RPG battles. You can raise these creatures and have them digivolve, which gives them a bigger and stronger look, with more abilities and moves.

For a closer look at the game, be sure to check out the Digimon Story: Cyber Sleuth announcement trailer below:

You can look forward to this monster-brawling experience for the Playstation 4 and Vita on February 2nd, 2016.

So, do you plan on picking up the latest entry Bandai Namco’s popular monster melee series when it launches next month? Be sure to let us know in the comments section below. 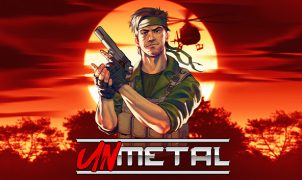