It’s just the game that’s OP, not the characters! 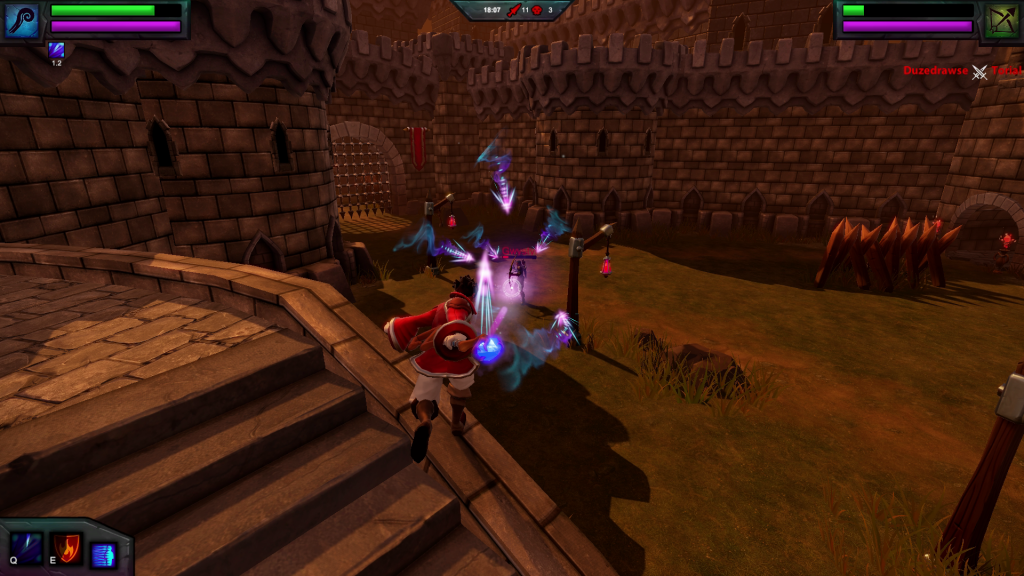 Overpower is an exciting new project featuring the marriage of a Medieval setting and frantic ranged combat. Overpower also aims to provide an ongoing MMO type of experience where players can unlock new abilities, armour, weapons and even more classes to choose from. However, it intends to eschew the grindy nature that has become associated with so many MMOs by providing a PvP experience full of exciting battles between players where skill and leveraging the unique customization of your character counts for more than simply having the best items and the highest level.

Overpower’s gameplay looks reminiscent of Smite with its third person perspective and a focus on using abilities with cooldowns. Though it appears to be very much in the MOBA mould as Smite is, the greater focus on arcadey shooting suggests that Overpower could very well inhabit a new genre of its own.

Overpower is a passion project of Hydrant Games: a development studio that comprises a mere two permanent members named Adam ( a 3D artist) and John (a highly experienced programmer). With the help of some good buddies, the duo have made some impressive progress in developing Overpower. Hydrant Games draw their inspiration from MMOs such as Everquest and World of Warcraft, and also from shooters such as Quake and Unreal Tournament. This diverse range of influences has fueled their desire to make a unique hybrid of genres. Overpower is listed as having the following features:

Hydrant Games are aiming for simultaneous Kickstarter and Steam Greenlight campaigns to begin on January 19th. The emergency-water-dispensing development team are looking for some extra money to polish up the title’s currently more lacking elements. Check out the trailer below to help decide for yourself whether Overpower is worth supporting!