The D3 “Simple Series” in Japan is a long-running chain of budget titles that were meant to be little more than a bunch of cheap, rudimentary, easy-to-churn-out titles that cost very little to make and buy. I’m no stranger to these games, having taken a look at one in specific (“The Shooting”) on Bullet Heaven HD and considering, at least for a while, importing a title or two from the now cult-acclaimed Earth Defense Force series. Not to be confused with Super E.D.F. from Jaleco on the Super NES (which was a fairly average sidescrolling shmup), Earth Defense Force first got into North American view in 2007 with Earth Defense Force 2017 on the Xbox 360. In itself a budget title from D3 Publisher, it had all of the hallmarks of a terrible game: a wildly fluctuating and typically awful framerate, awful voice acting, cheap physics, zero online play and some iffy visuals and sound should have doomed it… but somehow, players latched on and embraced the camp.

Flash forward to today, and the Earth Defense Force series is till going relatively strong, with several new games in the series across many platforms including the Xbox 360, PS3 and PS4. Most notably and recently though, is a brand new entry to North America on the PlayStation Vita handheld. 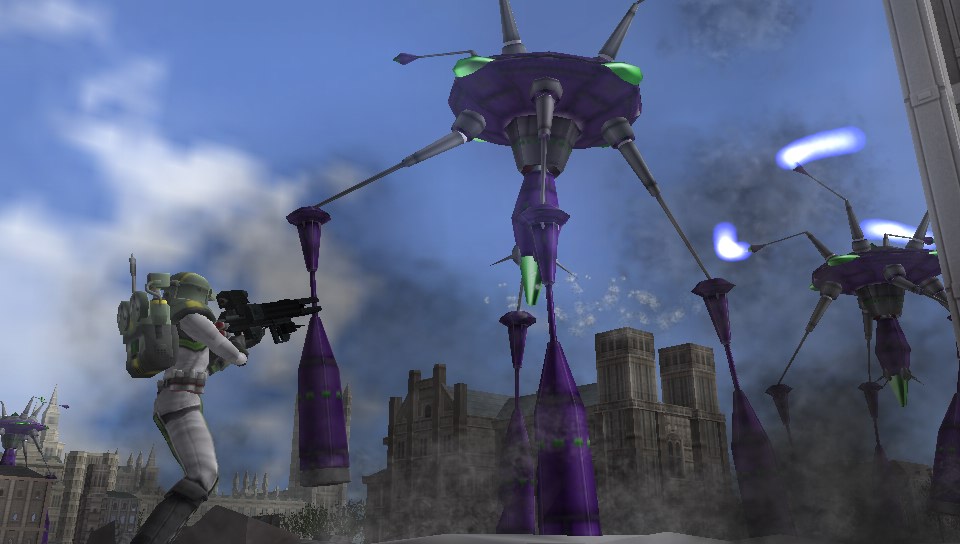 The structure and gameplay of Earth Defense Force on the whole (Insect Armageddon notwithstanding) is simple: Take a soldier out to destroy wave after wave of giant bugs, kaiju-style monsters, UFOs and robots. EDF2 adds the ability to change classes as well; in addition to the normal, run-of-the-mill Marine, the airborne Pale Wing class allows for a faster, aerial strike with swift movement and weaponry. Meanwhile, the Air Raider class calls in airstrikes and summons vehicles to devastate the invading hoardes. This class setup would find its way into Earth Defense Force 2025 after being omitted from 2017. 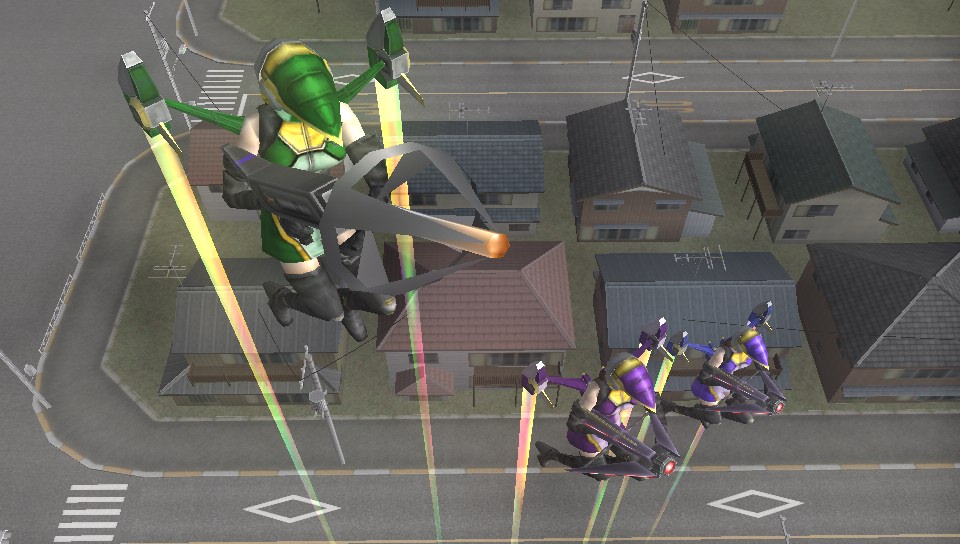 Each class has a number of weapons available to them that number in the hundreds. Rifles, missile launchers, grenades, special weapons like flamethrowers, rockets, lasers and more can all be btained in EDF2 to wreak havoc on UFOs, robots and the hilariously-yet-awesomely named “Buggernauts.” However, weapons can’t simply be unlocked through normal means such as picking them up or buying them. Instead, players must collect dropped weapon icons from fallen enemies and then clear the stage they were picked up in. At stage end, you’ll then get to see which randomized weapons you’ve collected.

If you die though, they are all forfeit, and you’ll have to chance the stage again, which never guarantees that a weapon will even be dropped in the first place. It can give the game a much higher sense of urgency, especially since it’s always neat to see what weapons you’ve ended up with at the end of the stage. But it goes further than this; the higher the difficulty you play on, the better the dropped weapons will be. It’s entirely possible to farm some obscene weaponry from the first couple of stages on Hardest or Inferno difficulties (available right from the start) and then coast along through the game on Hard or below. Meanwhile, defeated enemies will also drop armour which is added to your total life stock at stage end to increase your hit points and health recovery to heal mid-stage. All of these are indicated by green dots on your radar, so you can tell where one has landed at a glance. 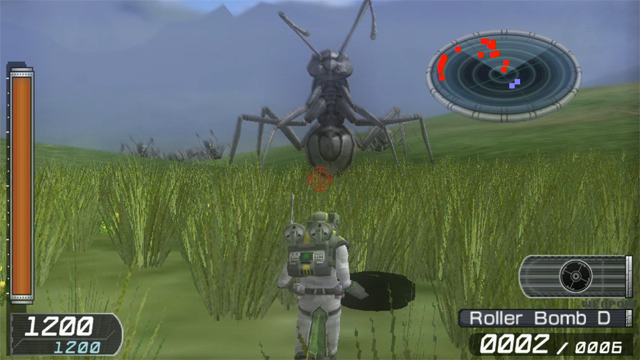 Cool weaponry isn’t the only way to deal with the Buggernaut menace though; scattered throughout many of the stages in EDF2 are various vehicles to take the fight to enemy hard. Tanks, hoverbikes and choppers give players a layer of protection and firepower that lets them take out a air bit of their enemy resistance without taking damage themselves. When the vehicle is destroyed, the player is ejected and they’re on their on from there.

With well over fifty missions to take on with five difficulty levels to clear for each, EDF2 makes for a game that will last a very long time on its own, especially taking the replay from collecting the randoml dropped weapons into account. For players that want more, there are also multiplayer options both locally and online to take the game on with or against a friend, which is always fun to do. Co-op missions to take on the main game and competitive Rumble modes are available both online and off, so if you just want to see who the best bug swatter around is, you can do it. 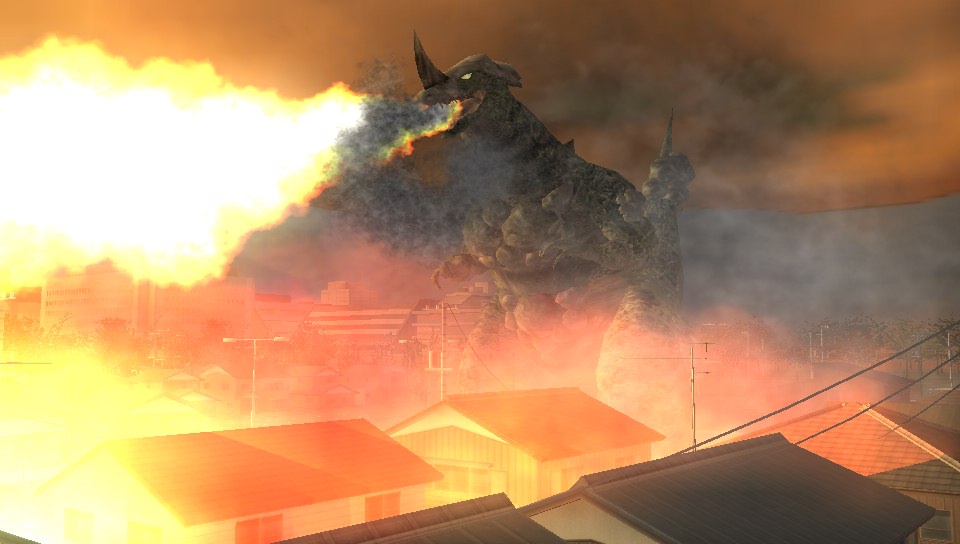 The story is a little flimsy, but that doesn’t mean it’s bad; told through various radio transmissions as you play the game, radio operators, scientists and other soldiers reveal bits and pieces of the plot that reall makes it feel like you’re part of the world’s biggest B-Movie army in the best way. Unlike other entries in the series to see Western release, he voice acting on the whole is actually pretty good and particularly well-delivered with only the odd, rare exception that reminds you that you’re still playing an EDF game. Camp is the EDF series’ biggest strength within its dedicated fanbase, after all.

Visually, the environments aren’t anything to look at at first, with blurry, washed out textures in a lot of places, but the enemies and player elements are detailed enough without being too soft. The Playstation 2 should actually be lauded for how much it was able to do back in the day; the cities are all 100% destructable with some awesome effects like reflective surfaces on glass buildings and said glass building’s windows bursting out into a hail of glass when destroyed. The only problem? The framerate would often dip to between two and six frames per second. This is where the Vita version is great; despite everyting happening on screen, the framerate never really falters, allowing for a smooth gameplay experience at a solid 30 frames per second with only rare dips in exceptionally dense enemy swarms. Awesome explosions and all kinds of smoke from the blasts is pretty satisfying as well.

The only real complaint I have isn’t even really a complaint about the game in particular; the difficulty seems to be quite a bit higher than that of 2017 or 2025, with “Hardest” feeling more like “Inferno” and “Inferno” feeling like a punch to the sack. Room to improve my skill I suppose. I call that “replay value.”

EDF2 is the kind of game everyone needs to play at some point. The amount of content is ridiculous, the gameplay simple and fun and the collect-em-all mystery weapon system is crazy addictive. If you’ve somehow missed the train and haven’t played a single entry in the EDF series and you happen to have a Vita as well? EDF2 should be your very next purchase.

Full disclosure: This review is based on a review copy of Earth Defense Force 2: Invaders From Planet Space provided by XSEED Games. 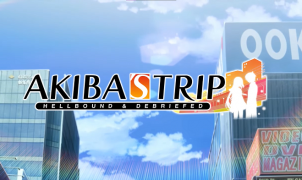 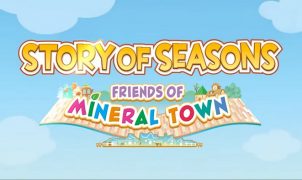 E3 2021: Story of Seasons: Friends of Mineral Town is Coming to Xbox and PS4