On last night’s The Game Awards, Hideo Kojima’s Metal Gear Solid V: The Phantom Pain, won quite a few awards, particularly Best Action/Adventure Game. Unfortunately for Hideo, Konami banned him from making any sort of appearance at The Game Awards, citing that he was still under his employment contract. Instead, Solid Snake’s voice actor, Kiefer Sutherland picked up the award on Kojima’s behalf.

Once notified of this, host Geoff Keighley went to inform the audience, stating, “As you noticed, Hideo Kojima is not here with us tonight and I want to tell you a little about that. Mr. Kojima had every intention of being with us tonight, but unfortunately he was informed by a lawyer representing Konami just recently that he would not be allowed to travel to tonight’s awards ceremony to accept any awards. He’s still under an employment contract. And it’s disappointing. And it’s inconceivable to me that an artist like Hideo would not be allowed to come here and celebrate with his peers and his fellow teammates.”

Naturally, the internet went on a bit of a rampage at the news. Reporters and fans alike were dismayed at Konami for banning Kojima, and took to twitter. The Hashtag #FucKonami started to trend as well.

I’d say #FucKonami for barring Kojima from The Game Awards, but that’s the nicest thing they’ve ever done for a dev.

So Konami is basically that pit from The Dark Knight Rises. Kojima is going to come back and end them

Yes, I just started this booing myself in here. #TheGameAwards love you @HIDEO_KOJIMA_EN tell it like it is @geoffkeighley — Cliff Bleszinski (@therealcliffyb) December 4, 2015

Kojima’s contract is rumored to end at the end of the year. Should he not be on any more disclosures, he will be able to talk more in depth during 2016. 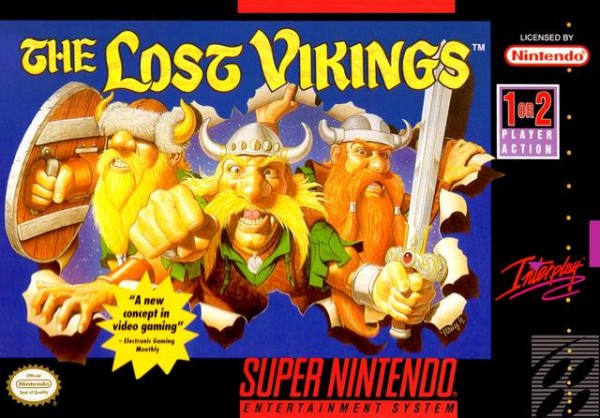 Three Vikings Walk Into a Spaceship… Praise Odin for nostalgia. The Lost Vikings is a welcome trip through Blizzard’s time capsule. Last November at Blizzcon it was announced there…