Psychonauts 2 Has Been Announced

Psychonauts was Double Fine’s debut release back in 2005. A game that made even the movie, Inception look amateur at best. You play as a pre-pubescent psychic named Raz, the son of a family of circus performers, who runs away from the circus to train as a Psychonaut, beings that have the ability to hop inside the subconscious of others. While it may have been a secret gem to game critics, it failed to sell very well and any hopes of a sequel being produced were almost immediately squashed.

The game was so beloved, that even Markus “Notch” Persson offered to font the company 13 million dollars, the cost of the first game, back in 2012 in order to fund a sequel. Unfortunately poor timing made the dream unattainable, as Double Fine was already set to launch a Kickstarter campaign for their newest adventure game, Broken Age. What started as a lab experiment to raise funding for a small flash game, quickly consumed Psychonauts creator and Double Fine founder Tim Schafer for three full years.

Tim Schafer has explained the main reason they will be moving forward with Psychonauts 2, is due to the amount of money Broken Age generated with its crowd funding campaign. The game made more than eight times its 400 thousand dollar goal, with very little to present up front. Schafer is confident that Double Fine will be able to match the 3.3 million dollar target with an already existing franchise. On top of that, Psychonauts 2 will also be campaigning with Double Fine’s new crowd funding platform Fig, an investment service that allows people to actually see a return on their contribution in the form of royalties. Fig initially would only allow those with serious income capital to invest, but now anyone willing to drop 1 thousand dollars, can be expected to see a return. There are smaller reward tiers, which offer the typical extras like T-shirts and art books, so don’t let the big bucks discourage you from, at the very least pre-ordering your copy of the game. Schafer stated, “With Fig people are actually going to be able to participate in the success of it. So if the game is a hit, they’ll get royalties from it. That allows us to go bigger.” Schafer also notes that an anonymous investor will be pledging a large contribution of money into the sequel. “It’s not Notch, it’s really hard to not sound shady when you have these things you can’t say, these certain numbers or whatever.” says Schafer. “I don’t want to be shady about it. It’s just that I have other people’s interest that I am not at liberty to violate. So, I’m just trying to talk carefully.” The only information Tim Schafer is allowed to divulge is that the amount of money they’re going to contribute has already been locked in. The estimated budget for Psychonauts 2 is within the same as the original game, which he says was between 10 million and 13.5 million dollars. “All three of those things combined will bring us to a scope similar to the first game. Each of those three parts on their own would not be enough to fund this game, but together it makes it possible,” says Schafer.

Double Fine isn’t the kind of studio that returns to franchises again and again, making Psychonauts 2 a step off of a well worn path for the team. Schafer explains not to be worried and that he and his team already have a solid handle on the scale of the game they want to make. The plan is to design a singular experience which matches the scope of the original. “The first game had 11 mental worlds that you went into,” Schafer said. “And there were two or three, depending on how you slice it up, physical locations. We wanted to do something similar to that, but the exact numbers are flexible. We want to do something that feels like an epic of a tale. We’re not trying to do an episodic game that’s smaller. We’re trying to do something that will feel like what it felt like to play the first game.” “Sasha and Milla are going to return, and Lili, and you’re going to be seeing them in their natural environment; not in their summer camp clothes, but in their super secret spy headquarters. And from that hub you’re going to go into another series of mental worlds and exploring the secrets of the history of the psychonauts organisation. Raz finds out that they’re actually not as perfect as he imagined they were from the comic books he read all his life. And they actually have in some ways things that are very troubling that he’s going to have to fix, and they in some ways need him more than he needs them. But to do that he’s going to have to go into his own backstory, exploring a lot of things that were eluded to in the first game in terms of the curse that’s been put on his family – to die in water – and where that curse came from and how that ties into the history of the psychonauts itself.”

Its clear Schafer has a solid outline for the continuation of his saga, implying he may have had bigger ambitions for the original game, “I had this larger story that I wanted to get back to. So it wasn’t planned to be a certain number of games, but there were these other elements that I wanted to revisit,” he says. “There were a couple of seeds planted in the first game that hook into the story. Some questions that in some ways were asked that this game will answer.”

Obviously, the development team will be a lot bigger than Broken Age’s, but Shafer isn’t going to be pulling everyone into the project the way Double Fine operated with Brutal Legend and the first Psychonauts. There will still me teams working on the Day of the Tentacle Remaster, Headlander, and other unannounced projects. “I think in some ways it’s fun to imagine working on a bigger team, but we’ve learned a lot being a multi-game studio and I think there’s a benefit to that creatively and financially that I think we’re going to stick with,” Schafer says.

Psychonauts 2 will be Double Fine’s second sequel (the first being Costume Quest 2), lending the question of whether we can expect more sequels from the studio in the near future? “I would say every single game I’ve ever made I have a bunch of ideas for a sequel to. That’s for sure,” said Schafer. “But I also have a bunch of ideas for new stuff, so I don’t think it’s going to be one or the other. I think it’s going to be an intersection of opportunities and inspirations. Like I felt really inspired to do a Psychonauts sequel right now – and we’re kind of creating our own opportunity to do it. So in the future it really depends on what we get inspired to do and what opportunities we can make happen.”

Fans of Psychonauts have been waiting 10 years to hear this news, unfortunately we’ll have to wait another two and half, as the game is projected to release mid 2018. All that we can do now is contribute to the Fig campaign and help spread the news, to insure the sequel is properly funded. 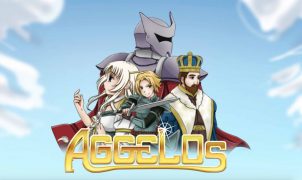