The holiday season is here, and with it comes the expected deluge of high-quality art books to celebrate 2015’s biggest video game releases. And when it comes to big releases, few titles this year were quite as ambitious and wonderfully realized as Ubisoft’s latest foray into the murderous, coal-choked world of 19th century London portrayed in Assassin’s Creed Syndicate. 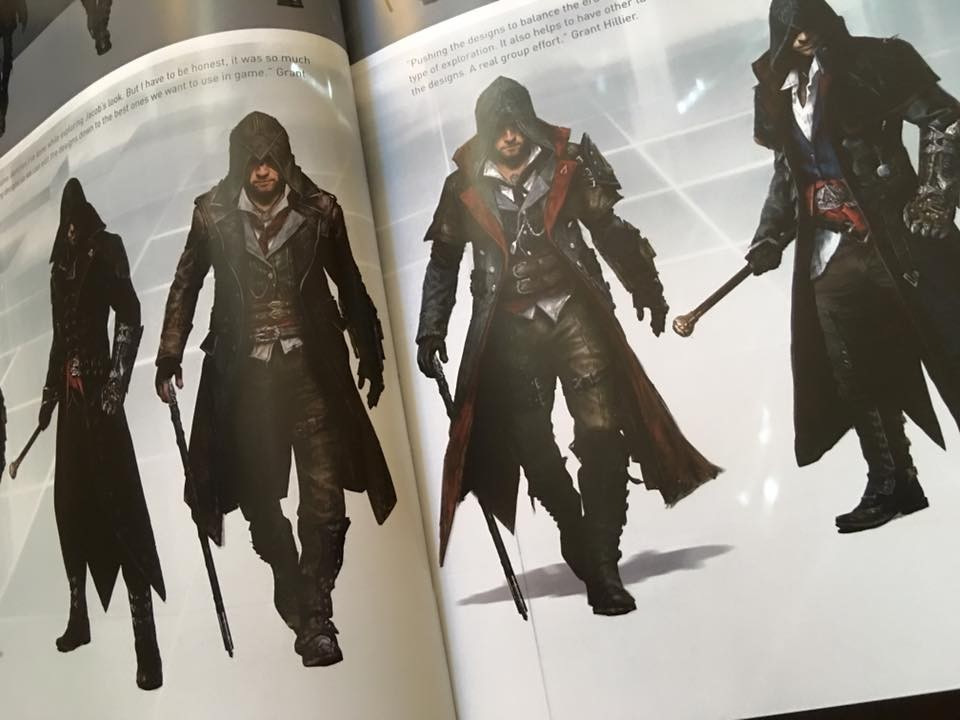 The Art of Assassin’s Creed Syndicate is the latest release from publisher Titan Books, offering a tour of the dark and dingy recesses and uxorious palatial grounds that make up the game’s deeply contrasted vision of Victorian London. Penned by Paul Davies (The Art of Assassin’s Creed: Black Flag and Awakening: The Art of Halo 4), and featuring a foreword by Assassin’s Creed Syndicate Art Director Thierry Dansereau, this lofty tome’s 13 chapters explore the many sites you’ll explore as Syndicate’s shadowy twin protagonists Jacob and Evie Frye, from the sprawling grounds of Buckingham Palace to the ominous interior of the wildly exaggerated mechanisms that drive Big Ben itself. The book features commentary from the art team behind Assassin’s Creed Syndicate as they explore the creative process of bringing London’s shadowy, Industrial Revolution past to life as authentically as possible, while still maintaining the air of fantasy that permeates the lore behind the warring Assassin and Templar orders. 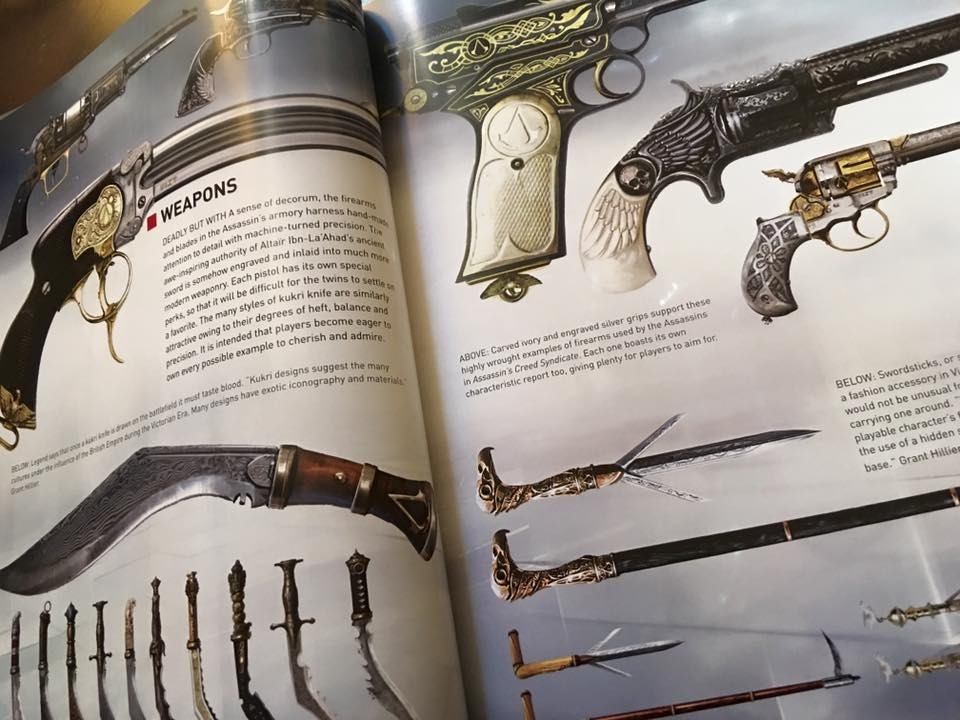 Each of the books’ 192 pages is absolutely covered in gloriously bleak artwork covering the many boroughs that make up the world of Syndicate. You’ll also find plenty of fascinating concept art and early renderings of the iconic Assassin’s gear as it shifted to a fittingly industrialized Steampunk -inspired aesthetic over the course of the game’s two-year development cycle. Some of my favorite pieces of art detailed in the book come from Ubisoft’s art team’s dramatic photographic mashups, which overlay the city’s most memorable landmarks with concept art, eventually evolving into an image strikingly similar to the ambitious title’s end result – a true testament to the abilities of Ubisoft’s creative minds who work at bringing the Assassin’s games to life. The Art of Assassin’s Creed Syndicate even highlights the downtrodden populace of 19th Century London in detailed Life Study sketches, offering a window into the creative process of making the game’s world incredibly believable, right down to the poor exploited NPCs. 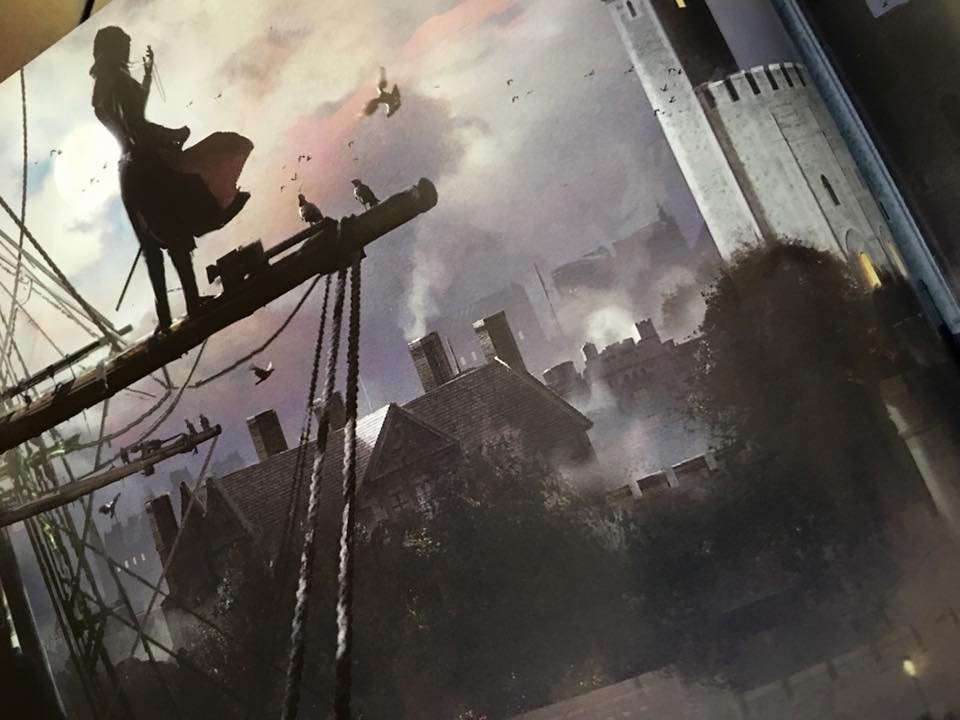 In terms of quality, The Art of Assassin’s Creed Syndicate is exactly what you’d expect from previous Titan Books releases. Incredibly well-bound, the book measures at 9” x 11 1/8” and is printed on glossy, high quality paper. If you happened to flip through last year’s The Art of Alien Isolation or The Elder Scrolls Online: Tales of Tamriel Book 1: The Land, you’ll know what we mean when we say that Titan Books produces some of the highest quality art books around, and The Art of Assassin’s Creed Syndicate is no exception. 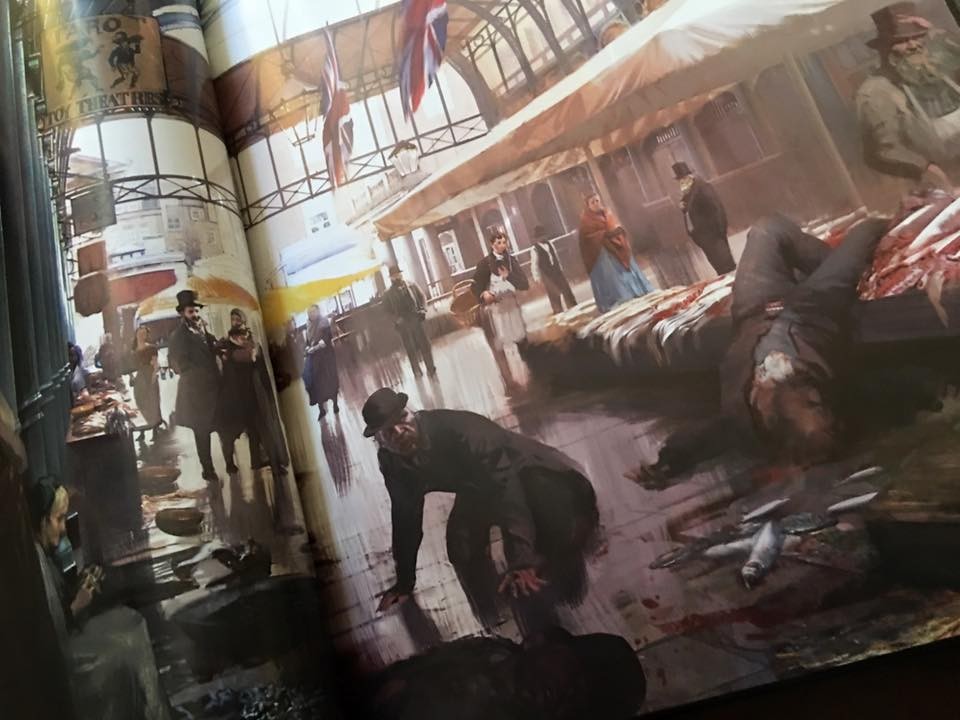 If you’re looking for a great companion piece for Ubisoft’s latest clandestine epic, look no further than The Art of Assassin’s Creed Syndicate. This lovingly-crafted tome is a work of art and is priced at $39.99, which isn’t bad considering how many priceless masterpieces are tucked between the book’s covers.

If you’d like to get the drop on a copy for yourself, be sure to jab your trusty wrist blade onto that left mouse button and order your copy here.

Note: This Review is based on a review copy of the book provided by the publisher, Titan Books.