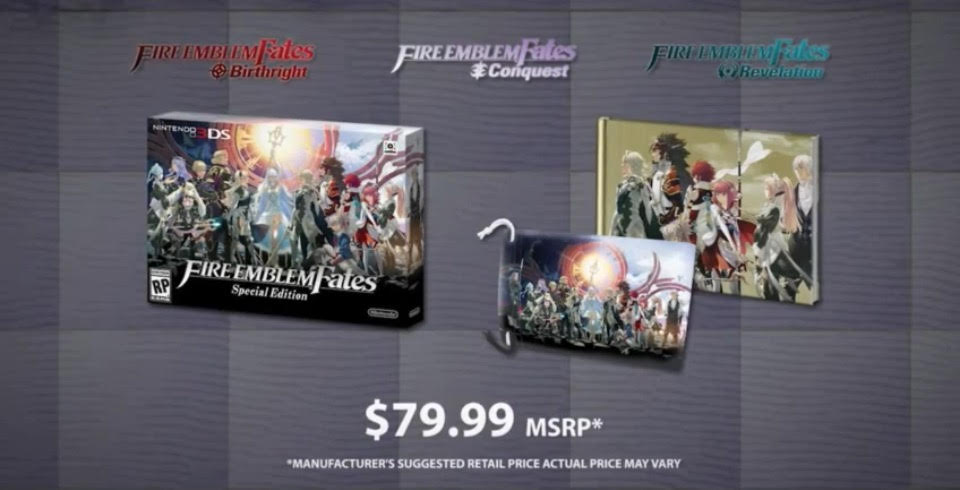 Today’s new Nintendo Direct today gave us some information about the upcoming release of Fire Emblem: Fates. The game will release on February 19th in the form of two separate games; Birthright and Conquest. If you own one of these two games, you will be able to buy the other for a reduced price of $20.

The third campaign, known in Japan as Invisible Kingdom, has been revealed to be renamed Revelations for the American release, joining the long line of “games that have Revelations in the title.” No release date was given for the third campaign. Nintendo also announced an $80 special edition that includes all three campaigns, a 3ds pouch, and an art book.

For gamers not in the know, the developers of Fire Emblem: Fates are doing things Pokemon-style; that means multiple versions. Both of the first two game versions follow the same character. You play as the child of a nation at war with another one; one that kidnapped you when you were young, and raised you. One version tells the story of you returning to your home and taking up arms with your true kin, while the other tells what happens if you stay with the kingdom that abducted you. The third version will put even more of a spin on things, as we will hopefully learn more about in the coming months.

Lastly they briefly went over the DLC plan for the game. A month after the release of Birthright and Conquest, one map will be released for free, and six more will be available later. You can preorder the first map pack now at select retailers. Fire Emblem: Birthright and Fire Emblem: Conquest will launch into battle on February 19th, 2016. 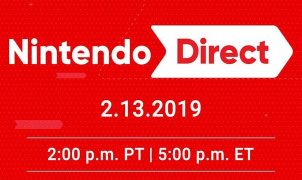