Warhammer: End Times – Vermintide developer Fatshark today revealed that since the game’s launch on Steam, Humble Store, Greenman Gaming, and Gamersgate, the shooter, based on the mega-popular Games Workshop property, has sold over 300,000 copies in just over two weeks. To celebrate the news of the game’s success, developer Fatshark has now revealed the first downloadable content pack for Vermintide – Sigmar’s Blessing will be available for free to all players on December 3rd.

“We couldn’t be happier to reach 300,000 sales of Vermintide so far and the player reception and feedback, has left us humbled more than anything,” said Martin Wahlund, CEO of Fatshark. “I’m super excited to announce that Sigmar’s Blessing will be free for all current and future Vermintide players, plus, going forward, Vermintide will offer alternating free and paid DLC”.

The free Sigmar’s Blessing DLC introduces a number of new features to Vermintide, including player control of what loot is dropped in-game and a new altar in the Inn, that provides ways of sacrificing existing loot to improve players arsenal. In addition to this, the DLC will include completely new traits added to the loot tables and new, unique weapon drops in the “red” loot class for each of the 40 weapon types in Vermintide. Each red weapon features a set trait combination, taking top tier gameplay to a new level.

Aside from this first DLC, Fatshark is separately planning on adding a private mode, for players wanting an even bigger challenge as they face off against the Skaven alone! Realism mode is also on the way, removing the game HUD, crosshairs and more to create a truly immersive and authentic  experience for players. Finally, Fatshark will also be adding a survival mode to the game, allowing players to take on endless waves of increasingly more fearsome foes. 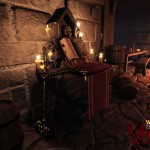 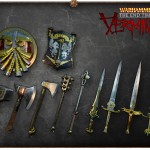 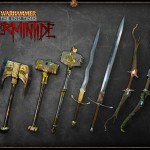 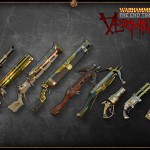