Fallout 3 Codes From Xbox One Promotion to Expire in February

Unclaimed Fallout 3 will soon be invalid Xbox One Users who have yet to claim their copy of Fallout 3, given to those who had pre-ordered Fallout 4, had better do so sooner than later. Apparently they won’t be valid forever.

The aforementioned promotion was originally revealed during this year’s E3, when Fallout 4 was confirmed for Xbox One. Those who pre-ordered Bethesda’s latest game were rewarded with a code that, when entered, would give said pre-orderer a copy of Fallout 3 at no extra charge.

Thanks to Gamespot, we now know that these promotional codes have a relatively short lifespan. February the 8th of 2016 is the date that the code expires on. While this is still several months away, it is easy to forget about such things. Claiming the copy of Fallout 3 is as easy as entering a code; total bummer for the slackers out there.

Fallout 4 has already trumped Grand Theft Auto 5 in terms of number of concurrent users (people playing the game at the same time), before it was even out for 24 hours. 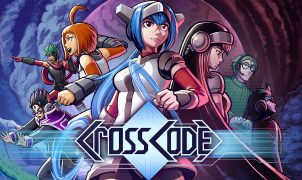