The recently-announced Friday the 13th: The Game has done quite well since the Kickstarter kicked off earlier this month. The game is currently a hatchet’s swing away from reaching its funding goal, currently standing at over 75% completion. with over $540,000USD in pledges from over 8,000 backers in two weeks, The team at Gun Media, IllFonic and Crystal Lake Entertainment have announced several planned ‘stretch goals’ for the Kickstarter campaign, including the potential for fans to play as Pamela Voorhees, the return of Tommy Jarvis and a litany of kills hand-designed by horror mastermind Tom Savini.

“The fan support of Jason’s return to video games has been astonishing so far; the launch trailer has been viewed over 2.1 million times alone, and we’ve had over a million engagements across all social media platforms. The team is highly confident in the Kickstarter’s success and looks forward to bringing Camp Crystal Lake to life on Xbox One, PS4 and PC!” rystal Lake Entertainment announced in the most recent update.

Developed by Gun Media and IllFonic, Friday the 13 th: The Game will deliver a terrifying combination of features designed to satisfy gamers and fans of the Friday the 13th franchise alike. In addition to bringing the tension and horror of the movies to life, the game will also let players don the mask of Jason Voorhees for the first time and control all new levels of brutal action! The development team had earlier collaborated on the unreleased survival horror-themed game Slasher Vol. 1: Summer Camp and plans to integrate much of that design into the new Friday the 13 th game.

“As you can imagine the conversion from Slasher Vol.1: Summer Camp to Friday the 13th: The Game was a dream come true for our entire team” explained Ronnie Hobbs, of Gun Media. “1v7 asymmetrical multiplayer is a perfect fit for this franchise, and we can’t wait to share our creation with fans across the world.“

“It’s been nearly 30 years since fans have had the opportunity to experience a  Friday the 13th video game.” explained Sean S. Cunningham, creator of the franchise. “Technology has finally reached a level that allows us to produce an experience fans of the franchise deserve. It’s always been a dream of mine to let players fully BECOME Jason, and stalk camp counselors across a virtual Crystal Lake. I’m delighted we’re able to bring this fantasy to life!“

Friday the 13th: The Game is being developed for PC, Xbox One and PlayStation 4, for release in Fall, 2016.

For more on the game, check out the latest screenshots in the gallery below. 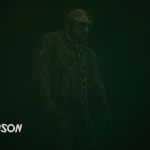 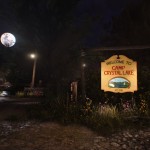 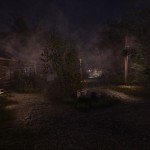 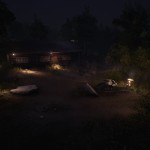