To live by Neptunia is to want the most out of Neptunia… is PC really the way to go? I have a pretty good idea of what you’re thinking right now: “Haven’t we already read about this game not so very long ago, and wasn’t it you who wrote that very same article?” The answer is yes. And yes. The last time we took a look at Hyperdimension Neptunia Re;Birth 3 V Generation, I came away feeling really good about the game, despite its sometimes awkward and super-risqué bits and pieces. How does the newly-released Steam version fare though? Is it worth the double dip? Let’s take a look.

If somehow you missed my last foray into this title, here’s the skinny; Picking up after Hyperdimension Neptunia Re:Birth 2, Neptune and the gang have taken to maxing and relaxing with some vidya games. Trés meta. But as it turns out, protests demanding the removal of the nations’ CPUs require Neptune to look further into what’s going down. In typical Neptunian fashion, our titular heroine is chucked (literally) headlong into another dimension where familiar faces and places abound, albeit with her friends having no memory whatsoever of Neptune. At the core of Neptunia Re:Birth’s gameplay, players travel around Gamindustri by moving a cursor to a capitol city at which point options appear which allow players to interact with characters, purchase items and weapons complete plans to remix enemies and dungeons, create new gear, items, etc. and create game discs to enhance a character’s attributes. Players can also access quests which are completed usually by collecting specific items or defeating a particular enemy type which lets players earn extra money and items for their main overarching quest. Other areas such as dungeons also open up, and various NPCs appear randomly as well. Some will provide plans while others merely talk you up. Exactly as in the Vita version.

In dungeons, players take control of a lead character in a 3D environment in which enemies can be seen and battles can be picked, chosen and strategized around, so long as players have the reflexes for it; get too close or end up in an enemy’s field of vision and they will give chase. You can get the upper hand by swinging your weapon and hitting them before they hit you, otherwise you’re in for a rough ride. Items and materials can be harvested at certain points and each area is relatively small, allowing for decent progression without the need for multiple save points. Two for two. The combat in particular has always been super-fun in the Re:Birth line, and 3V is no exception. Different weapons and abilities have different fields of attack, so knowing how each weapon can be used with an especially specific character position in relation to groups of foes can really make fights super quick. In the case of bosses and larger groups, special finishers called EX attacks can be unlocked and super-powered goddess forms called HDD allows for massive damage to be unleashed in no time at all. Lily Rank also makes a return to enhance your fighters by pairing them up with ideal partners in the back row. Three for three.

3V also refines things and takes others further. First and foremost, while the world is open for exploration on the outset, the world changes back to a state pretty early on that requires players to first make it to an area before going to it again from the main map. Each nation also now has its own map, making things a bit more challenging to get around, rather than just moving your cursor a couple inches at a time. It feels a lot more like the very first Neptunia on PS3, only without the cumbersome timing required at times to get from one continent to the other. In dungeons, searching for secret items has changed drastically for the better. Instead of emitting a circular pulse to reveal hidden stuff you can catch glimpses of hidden blocks floating around the areas you’re exploring that are just visible enough to catch as you pass. They also cast shadows as well, which helps when hunting them out. By jumping under them, coins, items and super-powered weapons and can be obtained through these blocks Mario-style. It’s a much better way of going about things when it comes to hidden stuff and pretty fun too; I still find myself scouring the entire dungeon to see how many are there.

Speaking of dungeons, Stella also makes a return from Re:Birth 2 to help find items and other nifty things in Stella’s Dungeon, a real-time automated dungeon-craw in which the titular Stella braves a tower in search of treasure and glory. This time, she has other companions to help her out. A single run can be seconds or hours long, depending how far you want to go in Stella’s Dungeon and it’s pretty fire-and-forget. Just send her out, get stuff, arm her with better gear, and so forth. V3’s presentation on the whole is also everything you’d want and expect from a Neptunia game, and the overhauled UI is pretty great. Meanwhile, V3 is nowhere near on the level of Neptunia U’s super-bouncy, clothes-exploding, Senran Kagura-wannabe self when it comes to jiggle and flash, but it’s not devoid of your typical shower scenes, crude sexual humor and risqué shots of ample cleavage, both up top and bringing up the rear. Multiple characters representing several game companies, publications and gaming pop-culture abound in the world of Gamindustri – once again, just as you’d expect. Of course, the great character design and easy-on-the-eyes pastel visuals are also in full form.

Not that I can say the same about some of the sound; some of the sampling used to make up a great portion of the music is getting pretty tired, and while some characters are voiced really well – Neptune, of all characters really stands out – the changes made to Noire’s voice actress makes her sound way, way off. Meanwhile, Pluto really puts the “special|” in Special Edition with a far-too-aloof, drawn out, uber-ditzy delivery that get under my skin way too easily. Thankfully, as with other entries, full Japanese voice is available in the options. Once again, the writing in Hyperdimension Neptunia Re:Birth 3V has some pretty great jokes and fantastic nods to games, characters and companies that’ll definitely resonate with old-school players like myself. So why should you check out the Steam version if you’ve already played the Vita version? Well firstly, you’re going to get to see Neptunia Re;Birth 3V with the clarity only 1080p will give you, something the Vita couldn’t nearly hope to accomplish. Along with this boost in resolution, playing Neptunia at 60 frames-per-second is quite an amazing sight; tons of detail is lost with the lower resolution and choppariffic Vita framerate that just come right out on the PC version with ease.

Never mind the great, smooth running visuals though; additional DLC and characters are included here as well and can be used fairly early on to flesh out your party and make things much more fun and dynamic, especially taking Lily Rank into consideration. A lot of these extra characters needed battle tickets or paid downloads to use in battle in all of the Playstation versions. Most Characters such as Falcom, Cave, 5bp and MAGES. strike a particularly strong chord with me for obvious reasons, though others like Broccoli, Tekken and Cyberconnect2 are sure to get many others’ attention as well. Extra characters are also available for Stella’s Dungeon as well, each with special modifiers that make things much more strategic on Stella’s end.

If there was only one single version of Hyperdimension Neptunia Re;Birth 3 V Generation that I could recommend to everyone, it’s absolutely the Steam version. It looks amazing, runs like a dream and includes fantastic extras that, if I’m honest, should really have been included in the first damned place the very first time around. Buy this one with confidence. 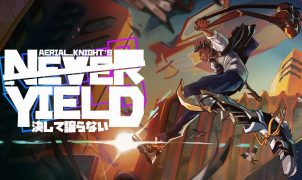