Developer Amplitude Studios has released a festive new update for their rogue-like dungeon-defense title, Dungeon of the Endless.

Starting today and running through the entire Halloween week, Dungeon of the Endless players are in for a number of dark and tricky treats. They will encounter Death, a new merchant with a ‘special deal,’ and they can potentially find a new item that can resuscitate the player carrying it.

The Free Halloween Update Details Include:

The Death Event: A new merchant will offer the player a very ‘special’ deal; this deal will happen frequently during Halloween week, and less often afterwards. The Time of Sands: A new item that can resuscitate the player who is carrying it.

Amplitude had also announced plans to release an additional free update  for Dungeon of the Endless next month. The update will include a new space ship, a new hero, three new monsters, two new modules and a brand new ending sequence, and gamepad support.

Dungeon of the Endless is a Rogue-Like Dungeon-Defense game, in which the player and their team of heroes must protect the generator of their crashed ship while exploring an ever-expanding dungeon, all while facing waves of monsters and special events as they try to find their way out. 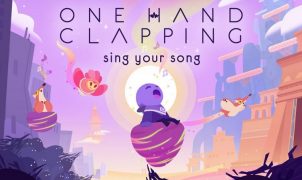 One Hand Clapping Review: Right on key! Every time you turn around, it seems like a new platformer introduces an interesting fresh spin on the heritage genre. Whether it…