Descent is great. It’s one of the first PC games I played, and many hours were lost trying to complete its twenty-something levels. Two sequels and a bunch of clones later, the “six degrees of freedom (6DoF)” genre seemed to be dead, until Miner Wars 2081 came along and promised to revitalize the magic of Descent. It didn’t. It was bland, far too ambitious, and didn’t actually serve up any Descent-style space shooter goodness. Sublevel Zero, on the other hand, is a stark revitalization for the genre, combining 6DoF with a rogue-like to produce something that feels more fresh than either.

The game starts with you, an unnamed ship captain, stumbling across a derelict space station. Not an entirely uncommon sight — especially after some sort of cosmic event which caused the laws of physics to go haywire and rip holes in the fabric of the universe — you and your allies decide to wait for backup to investigate. Before you can even end the communication, your ship and the station are ripped through a wormhole. The only plan to return home consists of destroying all the reactors in the station and gathering a special “flux drive.” There’s more story to be had, but it’s entirely told through a series of collectible text logs scattered throughout the game’s six floors (referred to as “sublevels”), but it’s largely inconsequential to understanding the game, and is only there if you really want more of a window into the universe. Each sublevel contains more difficult enemies and more potent loot, as is standard fare with roguelikes, but I found myself wishing that the loot variety was greater. Loot dropped by enemies or found in chests consists of hulls, engines, new guns and missile launchers (each of which you can have two of equipped at a time), ammo, and “nanites” — a currency that’s used for crafting and upgrading. Crafting entails breaking apart two weapons, taking properties from each and combining them into a new one. It’s too rudimentary to be interesting, and it’s far too easy to accidentally toss a great weapon that you have equipped, because every weapon you have is listed in the crafting screen with no indication as to which ones are equipped. One of the biggest gripes I have with nanites is that they, along with the ammo drops, disappear after a ludicrously short interval. If you’re in a heated combat situation, it’s almost impossible to pick everything up after destroying an enemy unless you’re willing to take damage, something which Sublevel Zero harshly punishes. It’s a small gripe, especially given the unimportance of crafting, but it’s worth noting. The way Sublevel Zero presents enemy types is brilliant. Each enemy type looks quite different, and after some practice it’s easy to distinguish which enemies are going to attempt to rush you with grinding implements out, and which ones are going to sit back and attempt to snipe you with missiles. Maybe it’s because of the relatively simple art design, or maybe it’s just that developer Sigtrap Games knows how to do encounter design, but the ability to learn enemy patterns is one of the defining aspects of a good rogue-like to me, and Sublevel Zero has it in spades. Perhaps Sublevel Zero’s most striking accomplishment is that it manages to capture the essence of Descent, something which no other 6DoF game I’ve played in the last few years has been able to do. Strafing, ascending, and darting through corridors to dodge gunfire gave me flashbacks to my younger days, and the sense of isolation and claustrophobia I felt while crawling through Descent’s myriad tunnels and corridors is eminently present. It also feels great with a mouse and keyboard, something which I did not expect: I primarily played Descent with a flight stick and fully planned to play Sublevel Zero exclusively on an Xbox 360 controller, but wound up actually not using the gamepad at all beyond testing its efficacy (it plays fine).

If you’re a fan of Descent, or just want something to sink your teeth into until the next permadeath simulator comes along, Sublevel Zero might just be for you. It’s got all the trappings of a rogue-like (even if the ideas at work aren’t the best in the genre), as well as capturing what made games like Descent and Forsaken such treasures, while sporting a kick-ass soundtrack and some of the most uniquely retro visuals I’ve seen in a game this year.

A copy of Sublevel Zero was provided the publisher. 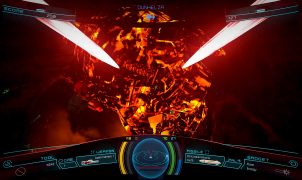 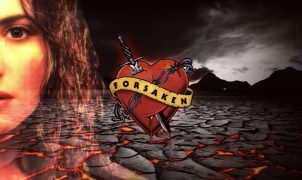