Just in time for Halloween, XSEED Games has released a nightmarish new niche title for the PlayStation Vita that’s certainly not for the faint of heart. Corpse Party: Blood Drive marks the end of Team GrisGris’ eerie, supernatural trilogy, which began with Corpse Party and continued in Corpse Party: Book of Shadows on the PSP. Now, it’s time for players to return to the haunted halls of Heavenly Host Elementary to experience one final, blood-soaked hurrah that delivers copious amounts gore, ghosts and schoolgirls in a horrifying adventure. Unfortunately, while the game largely succeeds in telling a compelling tale, numerous technical issues dog the experience like a vengeful, faceless schoolgirl, keeping the game from reaching its full potential. Those new to the series will likely be lost from the outset after firing up Corpse Party: Blood Drive. The game is a direct sequel to Corpse Party: Book of Shadows, and the game’s protagonists have been impacted heavily by the unsettling events that unfolded in the previous games in the trilogy. Thankfully, over time the game showcases a wealth of flashback sequences that help the player up to speed on the pivotal events that landed the game’s cast of severely traumatized high school students in their present predicament. The story of Corpse Party: Blood Drive finds the survivors of the previous game coping with the loss of their friends within the bowels of the otherworldly Heavenly Host Elementary School after the conclusion of Corpse Party: Book of Shadows. Back in the real world, the gang’s friends who perished on the “other side” have been replaced as if they never existed. Burdened with the weight of their fate, series protagonist Ayumi Shinozaki is given a chance at redemption when it’s revealed that the school itself has not been destroyed, and that the Book of Shadows, a mysterious occult tome is there as well, which possesses the power to bring her friends back from the dead.

The story is told through some very solid writing and solid Japanese voice acting that proves to be the strongest part of Corpse Party: Blood Drive’s package. Each of the game’s central characters has their own motivations for finding themselves in the derelict halls of Heavenly Host Elementary, which range from vengeance to unabashed greed, and you’ll want to see their stories unfold to the game’s grisly conclusion. Corpse Party: Blood Drive’s decidedly super-deformed visuals be damned, Team GrisGris has still managed to put together a genuinely eerie experience. The decrepit, viscera-slathered corridors of Heavenly Host are genuinely eerie despite the game’s modest graphical style. From the occult symbols emblazoned on the walls with thick red blood to the numerous hapless souls who met a bitter end at the hands of the malevolent forces that call the school home, Blood Drive’s world is one dark and foreboding hellhole. The school’s terrible state of disrepair is much more than a mere aesthetic choice, as nearly every square inch of the labyrinthine structure is littered with broken glass, sharp rubble, and rotting floorboards meant to keep you on your toes as you explore the darkened confines. Thankfully, each of the characters you’ll control is able to use their cell phone’s flashlight for light. However, the light burns batteries relatively quickly, so you’ll want to use it sparingly (though the game does offer an endless flashlight setting, but what fun is that?). That said, resource management is key, and you’ll want to hang on to your dwindling supply of bandages, strawberry milk buns and batteries if you want to last long in Blood Drive’s unforgiving world.

Tricks and traps may break your bones, but undead kids will kill you. As you explore the halls of Heavenly Host, you’ll frequently find yourself going toe-to-toe with the school’s supernatural inhabitants. These specters will chase you doggedly through the building, and when they catch up with you you’re in for a world of hurt. Blood Drive introduces the ability to interact with more objects in the environment than ever before, allowing you to duck into conveniently placed cabinets littered around the school. The thing is, it’s nearly impossible to tell when you’ve broken a phantom’s line of sight, meaning you’ll frequently find yourself being hurled out of your hiding spot and assaulted by these supernatural stalkers with little recourse, which quickly becomes frustrating. The only way to repel these foes is to run for your life or make use of rare talismans you find throughout the school which will immediately vaporize your pursuer like a trusty can of Ghost-B-Gone. If you’re adverse to backtracking, Corpse Party: Blood Drive likely isn’t going to rank highly among your all-time favorite games. You’ll frequently find yourself scouring the same rooms over and over again to progress, which can become tiresome. There were several occasions where I knew I needed to find a certain item to progress in the story, but because I hadn’t triggered a particular cutscene the item that I needed to find hadn’t appeared in its designated cupboard yet, which caused me to waste an hour wandering until I desperately investigated the cabinet a second time. While not a gamebreaker, moments like this can quickly reduce the otherwise gripping adventure to a slow and grinding halt. Speaking of grinding halts, I hope you like loading screens, because Blood Drive is chock full of them. Open a menu? Be prepared to wait four or five seconds while your inventory loads. Wander into a classroom? Here’s another unwelcome intermission. Simply put, it’s hard not to feel like something could have been done to mitigate the game’s incessant load times, especially when considering the game’s rather modest visuals.

Corpse Party: Blood Drive eschews the series’ retro-centric 2D sprites in favor of full 3D environments and polygonal character models. While I commend Team GrisGris for attempting to modernize the series’ aesthetics, I’m sad the shift to 3D comes with some unwanted performance issues that will make you wish the game game never left the second dimension. Corpse Party: Blood Drive is frequently plagued by fitful bouts of slowdown, especially when the flashlight beam is rendering multiple shadows on-screen (which happens frequently in the game’s cluttered classrooms). This bleeds over into the game’s in-engine cutscenes as well, which only serves to diminish their impact, which is a real shame given just how intense Blood Drive’s more poignant moments become. Performance aside, the game features some great, eye-catching character designs and well drawn visual novel panels that breathe much-needed life into a game filled to the brim with wanton death and decay. It’s worth noting that the game also sports a very attractive opening cinematic that perfectly matches the game’s twisted tone.

Despite Corpse Party: Blood Drive’s numerous technical issues, there’s still a very solid horror adventure to be had beneath the battered and bloody surface. The series is built around some genuinely fascinating and creepy lore, and those who stick around will surely want to see what happens over the course of the game as the story jumps between the real world and the game’s eerie alternate reality. Looking back, I can’t help but feel the game would have been exceptional had Team GrisGris stuck to the previous game’s less taxing sprite-based visuals and refined the rather cumbersome hiding mechanics. Even still, while not for everybody, those with patience and a taste for the macabre may want to check this haunted homecoming out.

Full disclosure: This review is based on a review code provided by Corpse Party: Blood Drive’s publisher, XSEED Games. 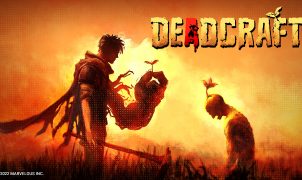 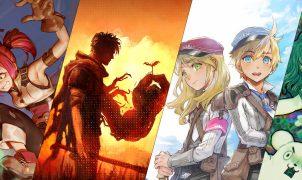