The mysterious Nintendo NX may be coming a bit sooner than expected. Via IGN: A report by the Wall Street Journal claims that sources have leaked a slew of new information regarding Nintendo’s elusive on-the-horizon console, codenamed NX.

These apparent sources say that the console will be seeing a release in 2016. To facilitate this, developer kits are reportedly already being sent out, indicating some amount of finalization in the console’s design (should the rumors turn out to be true). It is known that the new console is planned to have new features, keeping that Nintendo signature splash of uniqueness while catching up with the company’s competitors.

Also reported in the rumors, the console is said to have cutting-edge “industry leading” tech, including chips on par with those running in the Playstation 4 and Xbox One. Also involved in the system is a handheld device, able to be used either in conjunction with the system or separately. The system is hoped to draw third parties back to Nintendo, and also to foster new ideas that work on a grander scale than the Wii U was ever able to accomplish as hoped.

All of this is very interesting to take into account, especially considering how long the NX system may have been in development. Rumors of a next-gen Nintendo console have been surfacing since the beginning of the year, and were confirmed by Nintendo when the system was announced under the codename NX earlier this year. The system was even acknowledged during Nintendo’s E3 Direct this year, where Reggie Fils-Amie confirmed that more details would be provided in 2016. If “details” was code for “release” all along, then perhaps Nintendo has been doing even more planning behind the scenes than we knew.

More on these rumors, and the Nintendo NX system, as they develop. 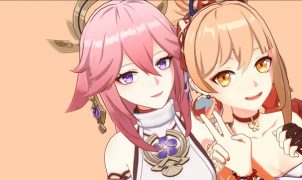 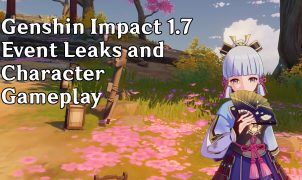 A thrilling game about… having a cup of tea and a chat? Behind the greatest novels, there’s a huge amount of writer’s block and staring despairingly at a blank…