The Legend of Legacy Review (3DS)

I bless the rains down in Avalon Atlus and developer FuRyu’s spiritual successor to Square Enix’s venerated SaGa series, The Legend of Legacy, is finally upon us. Wearing its old-school RPG heart on its sleeve, the game pulls no punches, throwing players into a vast and beautiful world with little direction as they uncover the mysteries behind a mystical, ancient land. With a rock star cast of developers at its helm including former SaGa team members including designer Kyoji Koizumi and illustrator Tomomi Kobayashi, and a story penned by Chrono Trigger writer Masato Kato, The Legend of Legacy comes with some pretty lofty expectations from those who cut their teeth on the classic RPGs of yore. Does this ambitious adventure have what it takes to stand out among Nintendo’s handheld’s crowded pack? Read on to find out! The Legend of Legacy is set against the backdrop of the mysterious island of Avalon, a perilous and unexplored land that rose from the ocean depths a decade ago and quickly became a refuge for adventurers looking to test their mettle in its uncharted wilds, which are dotted with shrines from an ancient civilization, deadly caverns to explore and boiling seas teeming with secrets beneath their shimmering surface. Rather than simply assuming the role of a singular hero or heroine in a linear adventure, players choose from one of 7 heroes before embarking on their quest, with two other characters assuming support roles as they band with your protagonist to uncover the mystery behind Avalon’s origins. The cast of characters you can choose from is comprised of numerous RPG tropes, like the amnesiac, Bianca, who is searching for her identity, and the Holy Knight Garnet who is on a sacred mission for the church. However, there are some quirky characters thrown into the mix as well, like Filmia frog prince who is their heir to a lost kingdom (and one hell of a dancer!). Each of these characters has their own specialty, and the story unfolds from a different perspective depending on who you choose for your leading role, which adds tremendous replay value to the game’s already substantial adventure. After you choose your main character, it’s off to explore the sprawling and uncompromising wilds of Avalon. This is where the heart of The Legend of Legacy’s gameplay lies, as players traverse the untamed wilds of the island in search of adventure. As I said when prefacing this review, the game does precious little to hold your hand as you venture out into the unknown, choosing rather to throw players into the world and have them chart their own path. Each of the game’s various locales is filled with multiple branching paths to explore, and thoroughly mapping each location opens up multiple new regions on the map to delve into as you progress in your journey to uncover the story behind Avalon’s forgotten history. This wealth of freedom may seem overwhelming at first, but it ultimately adds to the game’s charm, enticing players into pushing ever further into dangerous and unexplored regions with a true sense of mystery and wonder. Of course, The Legend of Legacy is no mere nature hike, and you’ll spend plenty of time clashing with Avalon’s ferocious inhabitants. Running the gamut from the genre staples such as goblins and golems to gargantuan birds of prey and (endlessly annoying) stickbugs that stun your entire party with lashing blows, The Legend of Legacy’s bestiary is teeming with monsters looking to send your party packing back to the nearest inn. As players explore the map, these enemies are visible on the field and can be avoided, but their numbers are plentiful and tenacious in their pursuit of your hapless adventuring party, ensuring you’ll find yourself clashing swords just as frequently as if the game were packed with random encounters. Once a battle begins, the melee unfolds in standard turn-based RPG fare, though there are a few unique features thrown into the mix to spice things up. One of the most pivotal features of The Legend of Legacy’s battle system centers around your stance, (attack, guard, and support) which determines the approach your party members to take to combat. These stances level up as they are used, allowing players to become battlefield titans if they focus on attack, or pure tanks (I’m looking at you, Owen), if you bolster their guard abilities. Eloise, the game’s alchemist, becomes a wonderful support character, cooking up healing brews and casting spells that buff your party, making her role as a support character ideal. However, the nature of the  game’s leveling system is rather unique, as characters only level up abilities they use, rather than gain traditional numbered levels. This means you can shape a character’s job to your liking with due diligence, though most character’s base stats are obviously tailored to be built around in a specific manner. Another unique element of The Legend of Legacy‘s combat system pertains to the game’s approach to spirits and magic. By forging contracts with spirits during battle, players are able to use elemental techniques known as “Spirit Arts”. Making regular use of these abilities strengthens spirits of the same element, as well as the corresponding Spirit Arts. The elements are divided into four types: water (blue), wind (green), fire (red), and dark (purple). During battle, players can view the balance of power between these four elements on the 3DS’ lower screen, which shifts as Spirit Arts are used. These rules apply for the enemies as well, forcing players to pay close attention to the shift in elemental power, which can greatly alter the outcome of a fight. This unique approach to the elemental system adds a welcome layer of depth to The Legend of Legacy, providing a welcome twist to the genre’s tried-and-true approach to approach to magical abilities.

Adventurers be warned: The Legend of Legacy provides a challenge unfit for the faint of heart. As previously stated, enemies are numerous and challenging, and you’ll spend plenty of time going toe-to-toe with towering foes and bosses who can wipe out your party in the blink of an eye. If this wasn’t enough, the game also provides a few more built-in monkey wrenches to throw into your machinery, forcing you to take a guarded approach on your quest. While most RPGs allow players to retreat from a battle, simply resuming their journey from where the fight began, the folks at FurRyu, the sadists that they are (my pride is still hurting from the beating Lost Dimension dealt me, thank you very much), are having none of that. Retreating from a battle will whisk you to the entrance of whatever region you’re exploring – even if you were in the heart of a dungeon. This brutal approach means you’ll carefully consider the pros and cons of withdrawing from a battle, making fight or flight decisions frequently tense affairs. Death also comes with more weight than players may be accustomed to, as reviving a hero from death shaves a percentage from their maximum health until you rest at an inn (or use a scarce healing item). While this challenge is largely a welcome one, it can make some dungeons feel like battles of attrition, as you frequently bounce between your current challenge and the game’s hub town to restore your stats and eventually make your way to victory. When not trekking through the game’s myriad crumbling catacombs, verdant forests and ominous ship graveyards, players will find welcome respite in Avalon’s sole refuge for adventurers: the city of Initium. This small hub world provides adventurers with an inn (to rest up and save your game), a shop (which seldom offers useful goods, but can buy back completed dungeon maps for a song) and a port (which allows you to charter trade ships that bring in the actual worthwhile gear). True to the game’s free-form nature, you can even recruit other adventurers into your party, allowing you to make full use of their abilities in your quest.

The Legend of Legacy is one beautiful game. From illustrator Tomomi Kobayashi’s gorgeous characters designs to the colorful and varied locales scattered throughout the world of Avalon, it never fails to impress. The visuals sport an attractive, pop-up book style aesthetic (similar to Bravely Default’s), which adds a charming, fairy tale-esque flavor to the adventure. Enemy models also look fantastic in battle, and the numerous moves you’ll master and spell effects all look great on the 3DS’ small screen. Avalon’s ancient structures aRE represented with some detailed and imaginative architecture as well, giving them a convincing sense of permanence and mystery. An epic RPG is only as good as its score, and The Legend of Legacy doesn’t fail to impress aurally. Scored by SaGa veteran composer Masashi Hamauzu (the man responsible for the sweeping melodies of Final Fantasy XIII and Sigma Harmonics, among numerous other big-name releases) the game includes a wide variety of musical styles that perfectly compliment its varied locales and grueling action sequences. From the driving battles themes to the upbeat, string-laden theme of Initium itself, The Legend of Legacy is a musical treat, and full of tracks that will leave a lasting impression long after you’ve tucked away your dual-screened handheld.

Simply put, The Legend of Legacy is an exceptional adventure well worth undertaking. Delivering a lengthy quest with countless areas to explore in a truly non-linear fashion, Atlus and developer FuRyu’s spiritual successor to Square’s venerated SaGa series hits its mark. While the game’s uncompromising challenge may push some away, those who stay to see this journey to completion will experience an unforgettable journey through a fantastic, forgotten world that stands among the handheld’s best offerings.

Full disclosure: This review is based on a review code provided by The Legend of Legacy’s publisher, Atlus. 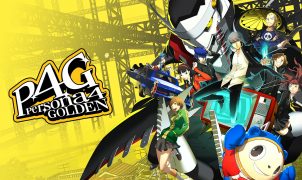 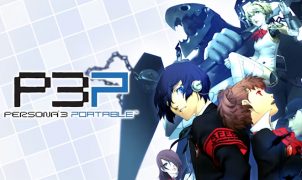