The path of the shinobi can be a trying one, and is certainly not a journey that many see through to the very end. Day in and day out, shinobi must train in order to keep their skills sharp, and their strength up. Shinobi must willingly carry out missions that have been given to them, regardless of personal opinion. They are shadow warriors and need not be seen or heard by anyone as they strike their target and, in one fell swoop, completely disrobe them. …Okay, you’ve got me; that last bit about disrobing people is not a “normal shinobi duty”. Most people do not really see “ninja” and “stripping” going hand-in-hand. That is not to say that the two have not co-existed, however. I present to you the “Senran Kagura” series and, more importantly, Senran Kagura 2: Deep Crimson for the Nintendo 3DS! Senran Kagura 2: Deep Crimson is an intense, fast-paced 3D action/beat-em-up that constantly tests your reflexes, and ability to keep track of your surroundings. Throughout the game you will take control of many different young, female, shinobi-in-training from factions both good and evil as they carry out missions, face incredible odds and, ultimately, learn about what being a shinobi is really about in. This, however, is but one side of the proverbial coin that is Senran Kagura 2: Deep Crimson.

If high-octane action is but one side of Senran Kagura 2: Deep Crimson, what is the other side? Well, that’s easy; fan service! The Senran Kagura series prides itself on being as raunchy as it is action-packed, and Deep Crimson is no exception. If it seemed odd to mention before that all of the shinobi were girls before, it should no longer be. Each of the 10+ ladies of Deep Crimson can be dressed up and decorated in detail, and the, *ahem*, “fashion” has been given just as much attention as the combat and story. Players can swap hairstyles, hair colors, outfits, accessories, and, of course, undergarments, to their heart’s content. While this may not be for everyone, it is at least worth mentioning that there was an obvious amount of care and attention to detail when it came to playing dress-up. Within SK2 rests a wardrobe with an astonishing amount of options which only gets bigger as one progresses through the game. Also included with the wardrobe feature is the option to snap some pictures of your favorite dolled-up shadow warrior and includes a plethora of backgrounds, facial expressions, and poses. The number of different outfits is near-endless, so be sure to appreciate it before an enemy shinobi gets a good hit in on you and tears the entire thing off! Seriously, fabric tears really easily in this game and you’ll soon be down to your underwear if you are not careful (unless you were aiming for that). Now, back to the first side of the coin. As aforementioned, Senran Kagura 2: Deep Crimson is a quickly-paced beat-em-up that places you in control of a shinobi with one goal in mind; to get to the end of the level. The levels are quite short and usually consist of relatively open spaces that spawn plenty of enemies just waiting to take you down, followed by boss battles that are generally high-caliber in terms of both difficulty and fun factor. Conversation between characters during levels (most notably during boss fights) are a common occurrence, and enhance the atmosphere by an alarming amount. Unfortunately the game does fall a bit short in terms of level creativity, especially since the levels are definitely less-than-lengthy. At least the levels are fun! The characters, fortunately, do not fall into the same creative slump as the levels. While having a large group of characters could potentially be threatening in terms of character originality in terms of both combat and personality, Deep Crimson successfully delivers a buffet of characters each with their own distinct style. From the vicious Homura to the affable Hibari, each character successfully makes herself known. Tamsoft, developer of Senran Kagura 2: Deep Crimson, seems to have spared no expense when it came to graphics. After all, what good would a fan service game game be if things didn’t look their best? In all seriousness, Deep Crimson really does present itself incredibly well graphically and boasts little clipping (not counting player intervention), and some of the smoothest graphics around on the 3DS currently. Perhaps they may be a little too good though, as the game tends to suffer from long loading times and, in the case of photoshoot mode, a bit of lag. The audio quality of the game is a bit of a mixed bag. The soundtrack itself is quite versatile and fun, adapting to and enhancing the mood of the current situation by an amount that could at least be labeled moderate. The voice acting, though in Japanese, is quite high-quality. Even those who are not well-versed in Japanese may find themselves enjoying the voice acting if only for the colorful and enthralling voice quality. The sound effects of the game fall a bit short in terms of quality when compared to the rest of the game’s audio and tend to come out a bit tinny-sounding. While not a huge flaw, it is is apparent enough throughout the game to be noticed relatively easily.

Senran Kagura 2: Deep Crimson is quite a feat of creativity in modern-day gaming. Both the story and the gameplay within Deep Crimson are, while not perfect, done very nicely and entice players to push onward. The more risqué side of the game, however, may alienate a lot of players due to its blatant fan service. Those easily offended by, or completely uninterested in upskirt shots and jiggle physics may want to keep on walking. Still, Deep Crimson proudly declares what it is, both sides of the game make it the quirky and unique, and fun experience that it was meant to be.

Full disclosure: This review is based on a review code provided by Senran Kagura 2: Deep Crimson’s publisher, XSEED Games. 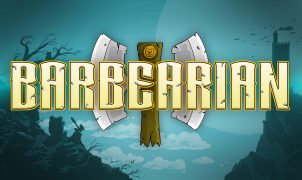