The Death Tax: A Worrying New Trend In Gaming Benjamin Franklin once said there are only two certainties in life: Death and Taxes. A more recent fashion in gaming has been to combine Death and Taxes into something worse than both of these woeful inevitabilities put together: The Death Tax. In games that employ this system, you don’t lose progress when you die, only a portion of your money and/or experience. Increasingly, every genre of game is adapting a degree of RPG-like character building where the currency of statistics are all important, so it’s little surprise that so many developers are trumping for penalizing those statistics instead of sending you back to the last save or checkpoint when you die. Here, I’ll be providing some recent examples of the Death Tax and arguing why it needs to be embalmed.

The first time I was really irked by a game that doesn’t penalize you for death was Bioshock. My first demise came when facing down a Big Daddy; Bioshock’s legendary giant diver-suited, drill-handed little sister custodians. The groaning mastadon pinned me against a wall and jammed a drill into my midsection, perforating my insides and turning me into a human shish-kebab. “A suitably gritty death that reinforces the dangerous nature of this underwater libertarian utopia gone horribly wrong” I thought with an accepting nod. However, I found myself popping back up again in a nearby vita-chamber, able to take a quick jog back to where the injured big daddy was to finish him off. Though Rapture’s world certainly remained fascinating, its perils never threatened me again.

Not so scary when you’re invincible.

Bioshock Infinite took things a step further into Death Tax territory. When you go down, your constant companion Elizabeth gives you the “don’t die on me, damnit!” treatment, awakening you nearby, deducting some of your money in the process. This raises only one ludicrous possibility for what happens when you’re downed: that the trigger-happy killers you’re facing just drum their fingers and wait patiently while Elizabeth uses your money to buy medical supplies from a nearby vending machine and revive you. This completely breaks any sense of immersion you have in this otherwise beautiful world. I’d wager this is why they thankfully went back to the old-fashioned checkpoint system in the DLC Burial at Sea: Episode 2. There’s even an awesome “Game Over” slideshow where you get to reflect a little about the level you just died on – complete with a monologue by a villain and some threatening music – before being sent back to the start of it. This gives you motivation to pick yourself up, try again and win, y’know, like a good video game is supposed to.

The first time I encountered the Death Tax with a buddy was playing Dead Island: that first-person zombie basher with the awesome trailer (which made the game look significantly better than it was). I was definitely having fun, exploring the tropical island of Bannau with a friend, checking out all the various cabana bars packed with pointy things to stick on the end of oars. The first time I got surrounded by a crowd of zombies rending at my flesh, I gulped heavily, realizing my death was inevitable. Instead of knocking on heaven’s door while my co-operative partner struggled on though, I found myself popping up about ten metres away with full health once more, and a fraction of my scrap deducted. Not only did this completely destroy any sense of threat the zombies once had once presented, it also led me to wonder what the logic behind it was. Are these zombies like some sort of obsessive-compulsive magpies who’re only fighting you so they can steal a very exact percentage your shiny junk before tossing you aside? Any sense that me and my buddy needed to work together to fight for survival against hordes of undead was lost. We were just doing various errands with some annoying interlopers to briefly interrupt us – kinda like a boring real life job, except we had to pay to do it. This brings me to Borderlands 2. It’s a sprawling, beautiful game with clever humor, chock full of a veritable universe of loot. The problem, once more, is in how it handles death. When you die, you’re reproduced at a nearby New-U station with seven percent of your money deducted, usually with an amusing automated reminder like “Thank you for using this New-U station! Please die again!”. Funnily enough though, the way you’re resurrected with some money deducted isn’t immersion breaking like other titles. It’s clearly explained that your body is being reconstituted for a nominal fee. However, the fact that this more blatant Death Tax is so readily accepted is even worse. Dying in Borderlands 2 is such a triviality that it’s quite literally a joke. When I found out that Borderlands 2 is just a playground with wacky guns with no penalties for failure other than a piddling delay in accumulation of loot you scarcely even need, the game lost any kind of thrill for me.

The final straw was when I played Dying Light: a fast-moving combination of parkour and zombies I had hotly anticipated for months. I had accepted a mission to deal with a drug dealer and his cronies. I was quickly overwhelmed by machete-wielding psychopaths and chopped to pieces, but not before taking down a most of them first. I respawned in the nearest base with some experience points deducted. After a quick bit of running and jumping, I found the few remaining goons restlessly searching their drug den for me as if I hadn’t died at all, but simply teleported away. I couldn’t really blame them for being confused and frustrated, I certainly was. As I hopped up to finish them off, my heart just wasn’t in it anymore. I wasn’t allowed to truly win or lose, I was only able to do a job and pay taxes, and it was that moment of depressing realization that led to the writing of this article. Why do zombies eat brains? It’s that tasty exp inside!

I can think of two main reasons the Death Tax system is used. One, is that it’s intended to penalize death and give the player impetus to avoid it, without being overly harsh. It comprehensively fails at this, since not only does it rob the player of some of their hard-earned cash/experience, it also robs them of the satisfaction of overcoming whatever challenge they’re facing. What challenge is there in defeating an enemy when you can just respawn infinitely at full health?

The second reason I assume the death tax system is used – is that it’s a simple solution for drop-in multiplayer co-op games. If someone else in your team goes down, why should you have to suffer for it, right? Why should you have to wade through the crowd of zombies stomping on your useless ally to pick them up time and time again? Why should you have to get flung back to the last checkpoint because someone else screwed up? Just let them come back with a fraction of their money shaved off to teach them a lesson, eh? If this is genuinely the mentality one has though, why bother playing co-operative games at all? If other players are just a distraction and teamwork isn’t important to success, why not just play on your own?

A common thread through all the games I’ve mentioned, is that these are all big-money Triple A titles. These games represent the direction tides are moving in: a greater integration of currency into the game experience. Death does not represent a roadblock to progress, but a speedbump to getting bigger numbers.

The main villain of Borderlands 2 is actually working for the company that keeps bringing you back to life.

I can remember clearly the penultimate mission in Ace Combat 5. After dogfighting over a military base, I had to fly into a winding tunnel underneath the base which, naturally, had the crucial reactor of a death-dealing super weapon deep within. The tension of navigating those tight tunnels, being peppered with fire, having to duck under closing blast doors, every turn threatening to send me into a firey death was magnified tenfold by the knowledge that if I failed, I’d have to do it all again from the very start. My palms were sweaty, my hands were shaking slightly as I held the controller, every near-collision causing a sharp intake of breath. Somehow, some way, I managed to fire a missile of into the heart of the offending reactor and hit my afterburner, boosting through the last set of closing blast doors, making a narrow escape as flames lapped behind me. For a moment, I briefly forgot I was playing a videogame as I jumped out of my chair and yelled “YES!”, pumping my fist in the air as if I’d really just saved the world. This was one of my all time favorite gaming memories. A moment like this would’ve been completely ruined if I’d known crashing my jet would’ve resulted in me re-appearing mid-air with ten percent of my “plane points” deducted. Who knows how many great moments like this the Death Tax has already spoiled?

If The Death Tax continues to take hold and excises its duty on players the world over, the days of euphoria at overcoming challenges will be over. Death will become just a tiresome delay in a endless, dull accumulation of statistics. Progressing through a game will be a dreary inevitability rather than an emotional roller-coaster where your heart leaps with every risk you take. I hope that more gamers will speak up to put the Death Tax to rest, because games should be an invigorating fight for survival and victory, not a tax avoidance scheme. 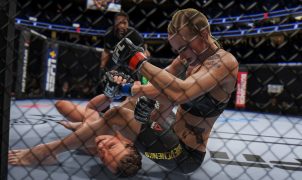