Hail to the Ping French studio Eugen Systems is well-accustomed to creating strategy games. Developers of the acclaimed Wargame series, in addition to the spiritual predecessor to Act of Aggression (Act of War: Direct Action), they carefully craft strategy titles in an era when hardly anybody outside Blizzard still bothers. Act of Aggression is a little different, though: it’s a real-time strategy game which seeks to emulate (and improve on) RTS titles of the late nineties and early aughts like Command & Conquer Generals. The soundtrack and visuals come together to really make you feel like you’re playing something that could have come out ten years ago. Electric guitars fused with synth-heavy bass and electronica, in addition to flashy, over-the-top animation, fuse together to create something extremely evocative of the early Aughts. It looks pretty nice, too.

Set in a near-future global recession caused by an event colloquially referred to as “The Shanghai Collapse,” Act of Aggression pits three factions against each other: U.S. Army, the Chimera Protocol and the Cartel. The three factions possess wildly different playstyles; The U.S. Army is brutish and forceful; the Chimera are diverse, possessing units that fill every role; and the Cartel is cunning and stealthy. Maintaining the sort of triangular approach to faction design that strategy games of yore had is essential, because each faction possesses their own strengths and weaknesses, and learning them is one of the keys to winning. I played the U.S. Army the most, because I hate stealth and am a huge sucker for the steamroll strategy. Most of my games consisted of turtling and capturing as many banks as possible — structures that can be garrisoned by infantry and provide passive income when captured — until I had enough map control and resources to build a bunch of Abrams tanks and nukes, then descending on the other players’ bases like George Bush in Iraq. 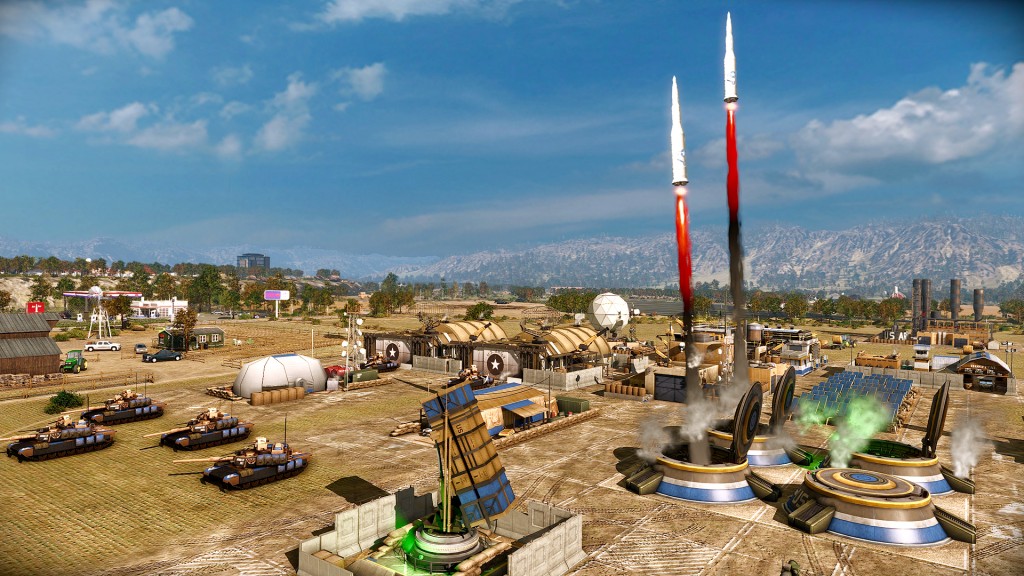 I bet you’re probably wondering if the campaigns are any good. Let me save you the time: They’re not. In addition to excruciating voice-overs and a banal narrative, the mission design is such that any new objective requires trial and error to accomplish. I almost always had to re-try a mission two or three times to get the objective right, and once I knew exactly what I needed to do, completing it was so simple that any sense of satisfaction or fun was totally gone. It’s one thing I think Starcraft II’s campaigns do exceedingly well: the missions are spelled out in that you’re adequately informed of the objectives and the nuance thereof, but completing those objectives triggers a great sense of accomplishment. It’s this one area that Act of Aggression attempts to mimic old strategy games and falls flat: the entire single-player affair is boring and feels extremely dated. I would have been happy with some poorly-acted FMV; instead, all story is told through mock television broadcasts and voiced radio transmissions. It’s incredibly disappointing.

There are three types of resources in Act of Aggression: Oil, which is used for basic units and structures; Aluminum, which is used for more tech-focused projects; and Rare Earth Metal, which is used late-game on things like powerful units or superweapons. In order to begin mining a resource, you first need to discover it with a scouting unit. Then, you have to construct a refinery and establish drop-off points. You can have an unlimited stockpile of Oil, but in order to increase your stock of Aluminum and Rare Earth Metals, you need to build special stockpile structures which double as drop-off points for your resource carriers. It’s not a revolutionary take on gathering materials, but it does shake up the formula enough that early scouting phases are a necessity, and fighting over Banks mid- and late-game after all the oil fields have run dry makes for some exciting flashpoint-style skirmishes.

The versus-A.I. Skirmish mode is a good way to learn the game, but the A.I.-controlled players are neither smart nor resourceful, and will regularly resort to turtling if you mount any sort of decent defense. It’s frustrating, because “comp stomps” were one of my favorite things to do in Command & Conquer Red Alert, Generals, et al, but instead I’m forced to play against other humans who sling profanity at me because I took their bank. That’s not to say I hate the multiplayer — quite the opposite — but messing with a game’s systems and “fooling” the A.I. is a big part of why I enjoy strategy games. In its own context, however, the multiplayer is some incredible fun. I had a one-versus-one game in which me and my opponent were fighting over the same few banks in the center of the map for the entire game. Eventually, I just nuked them all so neither of us could have them, and they sent all the forces they’d been using for defense at my main base and destroyed me. In another game against the Cartel, I kept building Delta soldiers, a late-game infantry unit that costs Rare Earth Metals, the late-game resource. Deltas can detect cloaked units, which the Cartel has a lot of, so I just positioned them in garrisoned buildings across the map and created a detection net which would invariably result in the destruction of my opponent’s units. 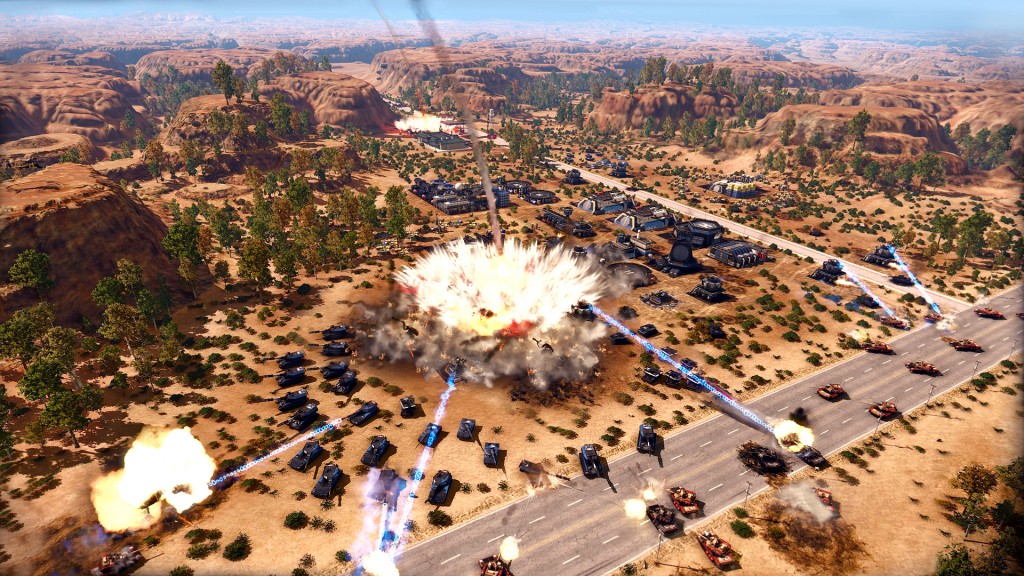 We’re in something of a renaissance when it comes to RTS. Grey Goo from Petroglyph came out earlier this year, and I thoroughly enjoyed it (until the development team mucked up the balance with a series of weird patches), and Starcraft II is still going strong and is relevant after five years. Ultimately, your interest in the real-time strategy genre will dictate if you’ll be into Act of Aggression. It is indeed a real-time strategy game at its core, something it isn’t afraid or ashamed of. If you’ve been yearning for another strategy game to hold you until Legacy of the Void comes out, or if you just don’t like Starcraft II, then Act of Aggression might just be your game. I know it’s mine.

Act of Aggression was reviewed on code supplied by Focus Home Interactive.