A Failure to Launch Tales from the Borderlands Episode 4: Escape Plan Bravo has some pretty big shoes to fill. Episode 3’s pitch-perfect blend of off-the-wall chaos and poignant narrative did a great job of pulling players into Hyperion middle-manager-turned-conman Rhys and company’s plight like never before, while introducing several new characters such as the perky robot Gortys and the menacing Vallory into the volatile mix. Unfortunately, while this chapter’s sights might be set on the stratosphere and the Hyperion base looming over the wastes of Pandora, Escape Plan Bravo proves ultimately to be a failure to launch.

After a spectacular showdown, Rhys and the gang are apprehended by Vallory and her goons at the end of “Catch A Ride”, the group is tasked with finding a way off of Pandora’s terra firma and onto the Hyperion H.Q. above in order to acquire Gortys’ final upgrade which will be used to locate the Vault of the Traveler. One of Telltale’s most impressive feats of the previous chapters of Tales from the Borderlands is that the developer has managed to find an exceptional balance between well written exposition and the sheer carnage we’ve come to expect from Gearbox’s shooter series. However, this chapter throws most of that to the wayside in a roughly 90 minute heist scenario that feels more like wasted time than a Pandoran take on Ocean’s Eleven. Much of this disappointment comes from the glaring absence of many of the standout characters introduced in the previous episode of the game. While Gortys is present for several scenes, she’s largely left relegated to the sidelines as Rhys and Fiona work to infiltrate the Hyperion moon base and work their way into Handsome Jack’s heavily-fortified office. Vallory, who left one hell of an impression on us throughout episode 3, is also absent from this chapter, save for Escape Plan Bravo’s opening. This paring down of new and interesting faces, coupled with the fact that much of the cast is separated throughout the heist, means players will spend most of their time with a small group of very familiar faces left with painfully little interesting things to say, effectively squandering any real chance at meaningful moments of dialog.

That’s not to say there aren’t any standout moments in Tales from the Borderlands Episode 4: Escape Plan Bravo. Scooter returns briefly and outshines the entire cast of this episode in a moment of space-hillbilly superstardom that will have you running for the Kleenex. Escape Plan Bravo also continues Telltales’ trend of including jaw-droppingly awesome title sequences with impeccable choices in music, and this episode takes the cake with an anthem that will rock your very soul. Rhys is also introduced to a much more relatable side of the holographic Handsome Jack towards the tail end of the chapter, but the writing never quite capitalizes on the chance to delve deeper into the psyche of the psychopath. That said,  the writing is still as hilarious as ever, and Escape Plan Bravo isn’t entirely without scenes that leave their mark (just wait until you experience the scene with Rhys “battling” it out with an entire army of bloodthirsty accountants), it’s just a shame that these moments are so few and far between; diamonds floating in a sea of mediocrity as the chapter plods to its painfully predictable ending. As the penultimate chapter in the series, Tales from the Borderlands Episode 4: Escape Plan Bravo serves as an unexpected misstep in what could still manage to be Telltale’s most entertaining narrative adventure to date. However, with the ultimate purpose of the elusive Vault of the Traveler still unclear, and an ending that grinds the action to a halt as soon as things begin to get interesting, it’s hard know just what to expect from the upcoming fifth and final entry of this episodic game.

Though not without its moments, Tales from the Borderlands Episode 4: Escape Plan Bravo is largely overshadowed by the previous chapters in the series. The near omission of engaging quick time events save for one brief yet GLORIOUS scene, lack of clear direction and uneven pacing mar the experience from beginning to end, leaving us with an unshakable feeling of uncertainty as we approach the close of Rhys and his companions’ journey. We only hope Telltale can find their footing for the finale and give Tales from the Borderlands the sendoff it deserves. 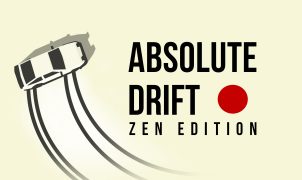 The Slow and the Soothing While driving games aren’t my strongest suit, chill games absolutely are. And when they have a minimalist aesthetic to them? Sign me up. So…