Dropsy is a classic 2D styled point n’ click adventure reminiscent of the many classic 90s Lucasarts titles. However, Dropsy is far more narratively ambitious than any of them. Dropsy’s creative visionary, Jay Tholen, is an experimental artist and musician. Now, with the help of his successful kickstarter and publisher Devolver Digital, his vision is coming to life.  Tholen stated in an interview with PC Gamer that “Loving the unlovable is one of the game’s most prominent themes”. Tholen’s mission is to make us learn to love Dropsy: a mute clown with no hands, glowing pupil-less eyes and a mouth full of misshapen, yellowed teeth.

Watching a trailer for Dropsy for the first time was a confusing and unnerving experience. The juxtaposition of a clown – someone who’s meant to be non-threatening – and a psychopath, is far from uncommon, as countless horror movies attest. Seeing Dropsy’s warped world for the first time, I was worried that the game would be yet another wacky horror story about a killer clown. However, despite the titular clown’s grotesque appearance and frequent horrific fantasies of a dreamworld dripping with blood, Dropsy is actually an innocent. In the game’s stripped down interface, hugging people and animals is one of the few ways of interacting with the world. There’s no underlying malice behind this desire to embrace others. Dropsy genuinely just wants to love and be loved. Realizing what a simple, kind creature Dropsy is, really made me think about how quickly we learn to unfairly associate ugliness with evil. Playing the game really helped me empathize with the protagonist’s plight. When I tried using a phone, Dropsy’s bulbous, fingerless hands merely mashed awkwardly over several keys. When trying to talk to people, I only heard incomprehensible warbling in response, little speech bubbles with symbols giving me only the most general idea of what was being said. I’d try hugging people and I’d hear angry shouting, and see speech symbols depicting poor Dropsy and a thumbs down. Interestingly, there’s also a day and night cycle, which seems key to solving many of the game’s puzzles. You can skip time by lying down in one of the various beds you’ll find, but you’ll also often enter a nightmare world where the only escape back to reality is being eaten by a freaky sarlac pit on the floor.

The game starts out with Dropsy having a nightmare about a fire at a circus where he’d once performed. The fire, we learn, claimed the life of his mother and many others. Dropsy and his father now live a subsistence lifestyle, collecting scrap and living in a tent. One of the first tasks in the game is to waddle to the graveyard and place a crudely drawn picture at his mother’s tombstone. Along the way, Dropsy finds a church where a woman rails against drinking and rock and roll, a hippie protesting a local mine, a scientist possibly surveying alien artifacts. Dropsy’s soundtrack – composed by Chris Schlarb – is a sort of otherworldly Jazz and gave the game a dreamlike quality as I waddled around the lovingly pixel-drawn surroundings. Not only can you interact with the world with Dropsy, you can also switch control to Dropsy’s face-painted dog, who can get through smaller gaps and, erm, pee on fire hydrants. What really interests me about Dropsy is that it lets you see its world through the eyes of a small child (albeit one in the body of an adult). Everything is confusing, people’s complex motivations are hard to understand, and you can only really decode the world through visual cues. Few games are designed so completely to put you in the mind of their protagonist.

Unfortunately, another childhood memory Dropsy evokes is memories of trying to solve the bafflingly unintuitive puzzles in many 90s point n’ clickers. Like its forebears, Dropsy is about using items (stored in the lead clown’s conveniently baggy pants) on hotspots to solve puzzles. It’s annoying enough when a seemingly logical combination you’ve tried doesn’t work – with Dropsy only giving a shrug in response to your attempt – but these puzzles are even more confusing when the only hints you get about them are the vague symbols you get in conversations. Also, it’s easy to miss out on important items, as they’re often just indistinct bundles of pixels. I can only hope a few more hints, and a way of making key items stand out more are added before the game comes out of beta and enters full release.

Dropsy comes out on September 10th on PC, Mac and Linux. Will Jay Tholen make us learn to love Dropsy? Stay tuned to HeyPoorPlayer for a full review where we’ll find out! 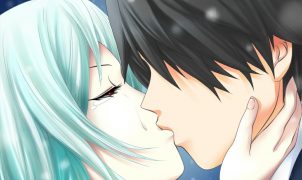 Off to a Great Start     Visual novels are always so much to play… er… read through, and I feel like that’s because they’ve never steered me entirely…