Sorcerer King is something of an oddity among 4x style strategy games in that it’s not a symmetrical battle between rivals who all start from roughly the same point. The focus is all about defeating the titular world-ruling Sorcerer King and preventing him from from casting the “spell of the making” where he intends to turn all life in existence into magical fuel for his own immortality (which is obviously just not on). Your character is the leader of a faction assigned by the Sorcerer King to keep everything ticking over till doomsday, but your secret plan is to overthrow the tyrant. Fans of 4x strategy should be wary that this game is not about rival nations fighting for supremacy. Instead, the central campaign is more like a frustrated office worker staging a coup against his overbearing boss.

You start out in the campaign with but a single city, and much like in Civilization, you manage a currency of food (which grows the city) and production hammers (which counts towards building things). Unlike Civilization, however, you can’t build a city just anywhere, but only on selected sites with fertile land. Also, unlike Civ, you decide individually which tile your city will work with every point of population growth. They’ll then permanently work those tiles with no more input on your part. This has the combined effect of making planning and managing new cities quite straightforward, letting you focus more on adventuring around the map. This is all for the best though, as there are a huge number of little side quests to do with a wide variety of choices in how to complete them. There are countless encounters littered about the map. Making a certain choice during the encounter will often award you more points in a certain trait. For example, if you frequently make compassionate choices, it unlocks choices in certain encounters where you get recognized for your noble reputation, and receive extra help in return. Of course, it often gives you more immediate rewards to be selfish, such as looting a village, or stealing some scrolls from a library. However, being too much of a scoundrel will bring the dreaded doomsday clock forward towards the ultimate game over as you perpetuate chaos and misery in the world, just as being virtuous can turn the clock back, increasing the importance of every action you take. This makes every encounter far more interesting than just battles for loot and experience.

Every so often, you’re summoned by the Sorcerer King, who will offer to trade goodies in return for your continued obedience (which naturally increases the doomsday clock) or passive aggressively question why you’re doing things you’re not supposed to. You can either confront him or fob him off with lame excuses like “Oh, uh, yeah that minion of yours we killed totally attacked us first! He was such a jerk!”. This gives the game a bit more depth as you decide how much to bide your time before openly defying your hated ruler. You can also persuade other factions you meet to join your rebellion, or simply destroy them for fear of them succumbing to aiding the Sorcerer King. This unique dynamic of starting each game enthralled to your ultimate rival is part of what makes the game so refreshingly original and frequently so (intentionally) funny. Key to defeating the Sorcerer King are heroes and armies. Raising armies requires careful management of your economy, making sure you strike the right balance between infrastructure, recruitment of armies, and having the logistics to support them.

Of course, training armies in your cities isn’t the only way to recruit. There are plenty of inns and villages where you can conscript or persuade others into joining you. You can find or craft items using the resources you gather, and every single unit can be outfitted individually. This means every unit can be personalized to your liking, and leveled up to become stronger. At the start of my campaign, I recruited a knife salesman at an inn, giving him a strongly worded suggestion he’d be better wielding knives for my army than hawking them. By the end of my campaign I’d kitted him out with a plethora of magical gear and plate armor, and levelled him into a bona-fide beast-slaying bad-ass. Every unit being unique is a big part of Sorcerer King’s charm.

Capturing magical shards gives you a currency of energy you can convert into mana (for casting spells), lore (for researching new spells and skill points you can use to level up your sovereign skills, a unique tech tree for each of the six playable sovereigns. Choosing how much energy to put into each slider adds another layer of intricacy to the game, as you’ll want to have enough mana for big battles and crafting, but without falling behind on having the actual spells to cast or the handy passive benefits of your sovereign skills. Combat is conducted in an isometric turn based fashion. The Sovereign (that’s you), can cast spells and use abilities in place of a unit’s turn. If you’re careful to build up plenty of mana, your spells can make a huge difference in battle. With martially focused Sovereign Martin, for example, I was able to use his trademark ability to make my units to act first. Then, I could pelt the baddies with spells, or block narrow passes in the terrain, letting my archers fire with impunity.

Though there is a decent framework for strategic play, the AI doesn’t always utilitze it well. Many times, I’d use an ability which made a unit invincible, but the AI just kept attacking that unit obliviously, wasting their moves. Likewise, there was one terrifying moment when a city of mine was marched upon by the giant firey demon Aegethon, one of the Sorcerer King’s lieutenants. On my first go, the giant demon’s army attacked my city and killed my entire army. I reloaded a save so I could instead better prepare for the demon’s assault, but this time Aegethon chose not to attack but instead wander around indecisively nearby while I put all my city’s resources into pelting his armies with arrows from afar. By the time he had made up his mind to walk away, his army was devastated to the point I defeated him easily on the field. One can’t help but wonder whether the AI is actually stupid at points, or merely simulating stupidity, but it makes for a reduced challenge either way. Sorcerer King draws obvious comparisons to the classic Heroes of Might and Magic series with it’s blend of city management and questing heroes. However, it’s not a terribly flattering comparison, as those games were famous for having a huge variety of armies and beasts to fight, and beautifully fitting music for each faction. Sorcerer King leverages its fairly limited assets a bit too far, and its musical score gets a bit samey after a while, as does seeing off the same tubby green wizards time after time.

Unlike HoMM, you won’t be continually dueling cunning opposing heroes with tactics and spells. Sorcerer King is a bit more like a grindy RPG where you’re building up your strength to fight a big end boss. Though I was seldom wracking my brains for complex strategies to defeat tricky opponents, the constant reminder of the dreaded doomsday clock is a good way of keeping the tension high. Keeping the excitement ratcheted up till the end is a big advantage Sorcerer King holds above its 4x rivals, especially in contrast to games such as Civilization: Beyond Earth where securing victory can be a tiresome formality once you’ve become the most powerful nation.

Those looking for a good old fashioned 4x strategy game might be disappointed by Sorcerer King’s very singular focus and RPG-like nature. Indeed, these two points are key factors which damage the game’s replayability in comparison to something like Civilization where there are multiple ways to win and more non-linear game progression against evenly matched rivals.

However, Sorcerer’s King’s unique blending of strategy with adventure is genuinely fun. Though it lacks the economic and strategic complexity of competing titles, the game shows real promise with more personalized armies, good end-game pacing, and in-depth quests resolved with interesting choices. In these respects, Sid Meier’s venerated Civ series could take a few pointers from the cunning Sorcerer King.

Full disclosure: This review is based on a review copy of Sorcerer King provided by the game’s publisher, Stardock. 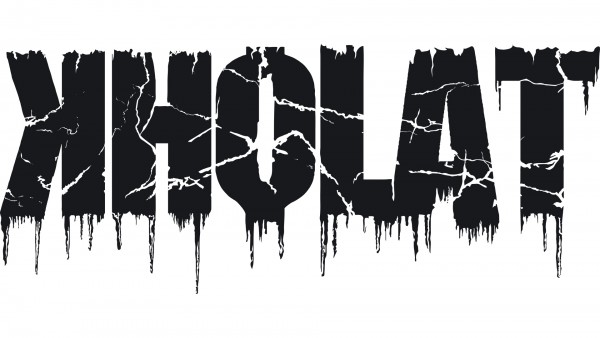