With a genre like the action-platformer, fresh, new twists are an absolute requirement in order to survive amongst the decades of quality games that already exist of their kind. Thankfully, when it comes to games of these types, developer Way Forward definitely knows its stuff, as evidenced by its many handheld titles – especially the Shantae series and Contra 4. The “Mighty” series is one other such group, starting out on the DsiWare service comprised of three core titles – Mighty Flip Champs, Mighty Milky Way and Mighty Switch Force, the last of which debuted on the 3DS eShop. And that’s where we’re picking up. Mighty Switch Force was a pretty big hit on the Nintendo 3DS. But what if you don’t have a 3DS? Well, that’s where Mighty Switch Force: Hyper Drive Edition (get it? HD Edition?) comes in. All police robots are programmed to do the Thriller dance at the drop of a hat.

In Mighty Switch Force: Hyper Drive Edition, players take on the role of Patricia Wagon (heh) who’s out to recapture the newly-escaped Hooligan Sisters, a quintet of blonde convicts making a break for freedom, however fleeting it may be. With these hooligans hiding out throughout 16 stages, your mission is simple; nab them in as quick a time as possible without biting it. Simple right? Well here comes the twist.

When navigating your way though Mighty Switch Force, you will notice some platforms are semi-transparent. By pressing the B button, any transparent platforms will turn solid, indicating that they’re in the foreground, and all solid platforms will sink into the background and become transparent. Careful timing of this switch mechanic will allow players to get around the stage and nab the hooligans that are hiding around the stage. Some switchable blocks have different properties as well, such as locking in order to synchronize with other blocks, and even flinging Patty or her enemies all over the stage. Care should be taken at any juncture though; getting caught by most switching blocks will smash Patty up against the screen in a manner that not only reduces her life by one heart but also forces the player back to the last checkpoint passed, indicated by a small, rather ugly, barking dog. Landing on spiked platforms has the same effect. Thankfully, there are floppy diskettes that allow Patty to regain her health but if all three hearts are emptied, it’s game over. Who knew law enforcement could be this much fun?

Speaking of enemies, there is a diverse roster of foes that Patty will face on her way through Mighty Switch Force: Hyper Drive Edition. Most can be taken out with Patty’s gun which, while it fires only one shot at a time, can also shoot as fast as a player can press the button. Others are shielded in various ways, requiring a little more creativity in their demise. In the case of most enemies, using the switchable blocks and other environmental hazards – like mines, for example – throughout any given stage can also assist in getting rid of the more troublesome foes. When Patty gets hit by most enemies, her health will be reduced, but she will not be sent to the last checkpoint.

The Hooligan Sisters will be hiding out in some pretty clever places, but knowing where to look is as simple as looking for an arrow on the screen. A small indicator will point to the nearest sister to Patty, so a player is never really in the dark as to where, generally, to look at any given time. However, some of the Hooligan Sisters are hidden pretty darned well, and with every stage sporting a “par” time to overcome, knowing where each is will be critical to completing this timed goal in every stage – something that is quite the challenge to complete. Once all five are collected, Patty must then reach her mechanized suit, Corporal Gendarmor to end the stage. If the level in question is finished at or below par, a star is awarded for your efforts! As such, there are 16 main stages to the game and several unlockable Bonus and Hyper stages that aim to test even the most stalwart Might Switch Force players; plenty to play here for those that want to unlock all of the game’s achievements and features. And that’s all fine and well and all, but how does it feel? Well, as far as platformers go, Mighty Switch Force: Hyper Drive Edition definitely hangs with the best of them. Movement and jumping is satisfying enough with decent movement and physics that have players in perfect control at all times. I can’t tell you how much I appreciate the fine-tuned movement; all too often, garbage handling hinders what should be a great game control-wise. Complimenting this super-solid control is awesome level design. Going through a stage at first can be less than swift compared to the par times but does that ever change once you’re aiming for those stars. It kind of evokes what I’ve come to call the JOMT effect – Just One More Try. You’ll curse your mistakes and lament your ever-so-narrow lack of skill as you shave milliseconds off of each attempt until, finally, you nail it triumphantly. The ability to keep players coming back in this manner is a hallmark of great level design and control that few games that are unbroken in these manners really have.

And, if nothing else, Mighty Switch Force: Hyper Drive Edition has a sense of style that’s definitely 100% Way Forward. At the forefront of everything your senses will absorb, the music in particular is ridiculously good. You know you’re in for a treat any time Jake “Vert” Kaufman has headed up the tunage. It’s one of the few OSTs I’ve personally purchased that hasn’t been included with the game; it’s just that good. Woah! We’re in Space Cuba and Love You Love You Love are but a couple of my favourites. The sound effects are just as great here as they were in the 3DS version, with all of the clarity that would be expected of an HD remaster. I wasn’t quite as keen on the new re-drawn HD versions of the character sprites though. I definitely prefer the original pixel art that went into the 3DS version, though I get why they needed to redo the visuals the way they did. It just doesn’t really translate the way I had expected it to, and it could be entirely a personal taste thing. However, all of the backgrounds and stage elements work extremely well, and unlockable options do exist to sate people like me just a little. Nothing like a hot bubble bath after a long day capturing criminals and shooting rejected Pokemon.

So to sum it all up on the whole, Mighty Switch Force: Hyper Drive Edition is a game that anyone with a love for platformers, puzzles, great game OSTs and old-school action should be looking into. It was flipping great on the 3DS and it’s flipping great now too. Get it.

Full disclosure: This review is based on a review copy of Mighty Switch Force: Hyper Drive Edition on Steam, provided by the game’s publisher, WayForward.

This review was provided by our friend Ser Flash. Ser is an accomplished musician, co-owner of Press Pause Radio and a seasoned shmup flyboy who hosts Bullet Heaven HD. 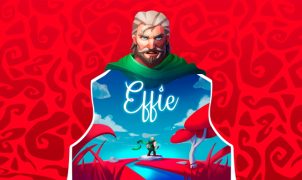 Youth is wasted on the young. Last year, PC users were treated to the releases of Spyro The Dragon and Crash Bandicoot on their platform of choice. It’s nice,…