Devolver and Dennation Games’ Hotline Miami has been painting the Land of the Rising Sun Red for about a week now, but we’re just now getting a look at the suitably striking, neon-saturated art for the game. The cover art (as seen above) features a stylized depiction of Hotline Miami’s bloodied, mask-sporting protagonist Jacket donning a “Richard” mask. The cover art was created by Queens of the Stone Age album artist Boneface. We have to say, despite our concerns that Jacket may have a slight touch of malaria, this yellow fever-infused bit of art is pretty much of a perfect fit for the series, which is known for its over-the-top style and visceral combat.

So, what do you think of Boneface’s art for the game? Be sure to let us know in the comments section below. 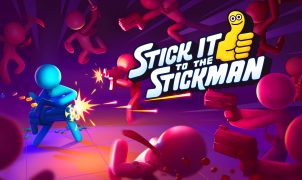