The empire throws everything it has at you in this new mode. Sony showed yet another Star Wars Battlefront trailer as part of its press conference at E3 today. This time, however, it showcased the as-of-then unseen survival mode, which involved a pair of rebels battling it out with enemy stormtroopers on the deserts of Tatooine. The Star Wars Battlefront Survival Mode trailer, shown below, also featured a holographic Admiral Ackbar, who unfortunately did not warn us of any traps.

This was not the first we saw or heard of Star Wars Battlefront today, as EA showed and told some things earlier in the day at their own press conference. There, gunfighting and walker-fighting on the snowy planet of Hoth took place for all to see. That earlier footage was a revitalization of some of the elements that made Battlefront beloved, while this new footage gives us something newer to chew on.

In related news, a Playstation-exclusive Disney Infinity Boba Fett figure was announced at the press conference as well. This comes alongside content for the game that is coming first to Playstation 4. 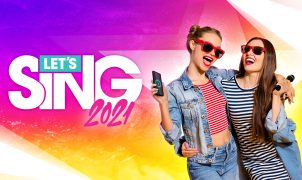