XSEED Games today announced a wide breadth of titles that will be showcased at Electronic Entertainment Expo 2015. The Japanese centric publisher’s recently revealed games include The Legend of Heroes: Trails of Cold Steel for PlayStation 3 and PlayStation Vita, Earth Defense Force 4.1: The Shadow of New Despair for the PS4, the long-awaited kunoichi brawler Senran Kagura Estival Versus for PlayStation 4 and PS Vita, and Return to PopoloCrois: A Story of Seasons Fairytale for the 3DS.

“Without a doubt, E3 2015 will be an action-packed showing for us with Onechanbara Z2: Chaos as well as a pair of games each for the Earth Defense Force and SENRAN KAGURA series,” said Shinichi Suzuki, President & CEO of Marvelous USA. “Combined with the long-awaited returns of The Legend of Heroes and Corpse Party, as well as a new crossover entry into the Story of Seasons series, we’re extremely excited about our diverse portfolio of games.” 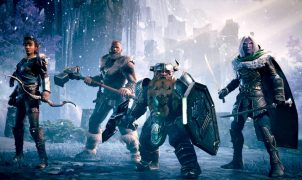