Out Standing in My Field. I am gonna work on Maggie’s farm some more. When I first sat down with Farming Simulator 15 I wasn’t sure how to feel. It sounded silly that I’d be playing a video game about doing hard work. I play games to relax or problem solve. I like to to be challenged, but I also like to construct. I have little interest in farming, but I also know that I like games where you get to create. Whatever my expectations may have been, Farm Simulator 2015 is exactly what it claims to be. It is a dense, challenging, handhold-free sim that makes you learn from your mistakes in tough ways. It’s not as simple as click and let things happen. The first thing I looked for after the game booted up was a tutorial. I knew I’d have a lot to learn. Each tutorial had a similar feel. Get in the vehicle, turn on the stuff on the vehicle, drive the vehicle over crops, eventually profit. Seemed simple enough. After I was done with the twelve or thirteen (yes, twelve or thirteen) tutorials, I started the campaign mode. My first farm would be in Bjornholm, Norway. The American map didn’t offer a tutorial so that seemed like a good place to start. This tutorial put what I had just learned to use and showed me around the map a little bit. It helps to pay close attention to what they’re telling you through each step. Driving the vehicles wasn’t easy but it wasn’t as intimidating as it seemed initially. Each vehicle has a menu of things you can do and most of them are self explanatory once you’ve used one or two pieces of equipment.

There are so many options and each of them has grave consequences if you don’t do some research before you start them. For example, I had seeds from five or six different kinds of crops and opted to plant corn on two of the fields and sugar beets on another. Turns out, you can’t harvest corn unless you’ve purchased a new header for your harvester specifically for corn. Oh, also you can’t harvest sugar beets unless you have a header for them AND a trailer that trims the leaves before you harvest them. These cost a chunk of change I was nowhere near able to afford and despite having sunk many hours into this game, there wasn’t any way out. I had to live with being unable to harvest those fields. So I did what an reasonable person would do and I restarted my campaign. I’m not upset about the game’s decision to have this kind of depth and not tell you explicitly everything you need from the get go. Your only real goal is to pay back your loan and become a profitable farm. There’s something rewarding about piecing together how to get some money from crops and the new toys you’d be getting in order to try different ways to earn more cash. The game is all about discovery and manipulation. Once I discovered you can hire workers to plow fields I was able to multitask and really get my farm growing. The thing about crops is they take a long time to grow. In the meantime I had to figure out a way to use my time wisely and think of other ways to get cash. In some of the previews I had looked at I heard that logging was a snazzy new feature in this year’s Farm Sim so I went to the store and bought myself a chainsaw. Turns out you need new equipment to carry logs or turn them into woodchips…sigh.

I’ve said a lot of things that can be construed as negative, but there was something very rewarding about figuring the game out. It scratched the same itch that games like Minecraft or Animal Crossing do for me. The game isn’t as cute and cuddly as those two but there’s something about the way it’s set up that makes the slow movement of the game easier to bear and I found it easy to pass a lot of time playing Farming Simulator.  The game boasts huge multiplayer support on the PC version, up to 15 people, so you can imagine how helpful it would be getting that many people working on one farm. Beyond the game play Farming Simulator 15 also boasts some really pretty graphics and I really enjoyed driving around the map looking at the fields and mountains the game possessed. There were a few glitches here and there with draw distance and details loading but the game has a strong community and the developers are constantly updating it. Aside from the occasional moment where you need to line up with exact points such as sawing through a tree or attaching a piece of equipment to a trailer you won’t have too much difficulty overlooking these bumps.

Farming Simulator 15 is a great game, but it can not be stated enough that the learning curve and speed of gameplay will keep most gamers from discovering the true potential this game has. I had to lug a lot of hours playing and researching before something clicked and I got an idea of how I wanted to play the game. Fans of the series and anyone who has any clue about farming will definitely have a much easier time than I did, but for anyone else it’s hard to recommend this as an entry level title into simulation games. Still, if you’re feeling up to the challenge I urge you to persevere. Once you’ve lost a few days to plowing fields and driving tractors into traffic you’ll understand what it’s worth.

Full disclosure: This review is based on a PC review copy of  Farming Simulator 15 provided by the game’s publisher. 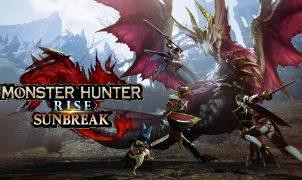