So funky you’ll have to hold your nose! 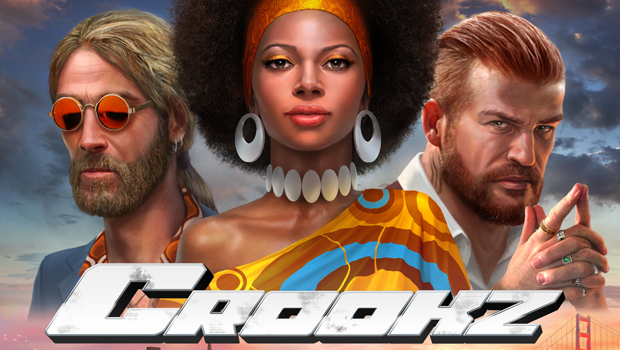 Yesterday, Kalypso Media released a revealing new trailer for their seventies era strategic heist-em-up: Crookz – The Big Heist. In Crookz, you take control a a diverse team of thieves who use a variety of different skillsets to get the job done. Team members include the powerful bruiser who can beat up those with the gall to guard the precious jewellery and painting of the world, or the canny lockpicker who can crack any safe. You’ll be doing everything from chloroforming guards to jamming cameras to blowing up walla with explosive charges, ensuring your team gets their payday. There’s even a challenge mode where you can create challenges for budding criminals around the world to play, and take on heists they’ve created as well. With a disco-inspired soundtrack that John Travolta could assuredly strut down the street to, the game’s 20 missions will most definitely be infused with bountiful amounts of boogie.

Back in the decade of flares, disco and funk (also dodgy TV presenters and industrial action, but let’s focus on the fun stuff) coloured the cultural landscape, and aptly enough the cast of characters are a veritable rogue’s gallery of hedonistic hoodlums. Crookz follows a crew specializing in jewel thievery who split up after their attempt to steal the priceless “Green Tiger” jewel from a musuem in Venice goes awry due to betrayal. Five years later though, the disunited team are once again brought together by the prospect of revenge on their traitorous former companion, and dreams of bigger scores making them rich as kings.

If all this sounds groovy to you, then get ready to dust off those platfrom shoes and perm your air into a bulbous afro, as Crookz – The Big Heist is scheduled for release on August 25th for PC, Mac and Linux via digital distribution and boxed retail.

The trailer features a showcase of the game’s many classes, and how using a diverse team can pull off even the trickiest scores. It’s even got a earnest (but unconvincing) blaxploitation style narrator! Check it out!