Life is Strange heralds its midpoint with secrets, emotions, and new abilities that change everything. Episodic games are a really interesting phenomenon in making me remember the mistakes I made. Upon starting up Life is Strange Episode 3: Chaos Theory, I was immediately reminded of the riveting and heartbreaking ending of the previous episode, itself an absolutely striking capstone to an otherwise slightly sub-par episode. I remembered how legitimate the weight I felt had been after finishing the second episode, and I felt that weight as it now bore down on my shoulders once more; equal weight, equal volume. And what was really lovely about the way Chaos Theory began was that it accommodated for the loss. This chapter is a turning point, due both to its position at the midway point of Life is Strange‘s five-episode run and to the way the episode plays out. What results is the most thoroughly satisfying episode DONTNOD has produced yet.

Life is Strange Episode 3: Chaos Theory actually opens just a few hours after its predecessor ends, finding Max riddled by both insomnia and rage. Recent events have left her hungry for the secrets hiding within the walls and dorm rooms of Blackwell Academy, and her newly-refound best friend Chloe appears on cue, to help feed her hunger. As a result, this episode goes from the dark halls of Blackwell at night to other places, all full of secrets to be uncovered. Discovery seems to be a big theme for this episode; both in terms of plot, and characters. Even floating in the otherwise-empty Blackwell pool or sitting in Chloe’s bedroom, every moment of this episode involves the exchange of information – often secrets – or the revelation of some character’s self-discovery. A time to run, a time to float.

The complaint of awkward, semi-stereotypical teens is one that has plagued Life is Strange throughout its run thus far, and until now I was one of the many voices making those exact complaints. Episode 3, though, gives us a good look at just what might invalidate those arguments, at least by half a measure. While some members of Life is Strange‘s cast could easily be fit into cliche boxes, Chaos Theory really goes out of its way to show that these boxes do not define the characters. People formerly thought to be viscous and cold show genuine regret; people thought to be on Max’s side begin to show signs of potential manipulation; even Max herself seems to be changing, as Chloe is not at all hesitant to point out. The character writing on display in Life is Strange is something of a slow-blooming flower, and now its inner beauty is finally starting to show.

Writing is indeed a strong point that permutates Chaos Theory in more ways than one. Although starting on a slightly more quiet note, the episode culminates in some of the best that Life is Strange has brought to the table, narratively speaking. Max goes through high-tension situations in this episode, but nothing made my heart race like knowing what her emotional state must have been like in those final minutes. The twist changes everything, both in terms of how to look back on previously-made decisions and where to go from here. Even before that, the general sense of unfolding mystery and hidden connections between the people of Arcadia Bay moves forward in decent strides in this episode, strides made longer by the compelling duo of Max and Chloe. The game balances its cast while keeping these two at the forefront, and moves their relationship along in very much the same way Chloe pushes Max to utilize her powers; insistently, but seeming to mean well. Unfortunately, character dialogue continues to be a little awkward. This episode doesn’t feature as many obnoxious, predominantly white high school hipsters as the first two did, but still runs the gambit of awkward phrasings and sentences that just don’t quite feel natural. This fact does seem to be limited to the younger characters, meaning that Max and Chloe are by far the biggest offenders in Chaos Theory. Even then, it’s worth noting that Max’s voice actor seems to be making notable improvement in her own work as the game goes on. This isn’t to say that her work was at all sub-par in episode 1, but I find myself buying the emotions and thoughts that pour from her mouth in this episode more than any other. It helps that she’s given more emotional baggage to carry around as the episode goes on, I suppose.

Another common bother of episode 2 was the sudden “game-ification” of certain parts of the game, going so far as to force a “collect X number of things because I said so” puzzle upon Max. Chaos Theory shows, if nothing else, what the developers were most likely preparing us for. The episode brings back the item-collecting design philosophy a couple times, but the context keeps it from reaching the tedium that episode 2 produced. There’s a big difference between finding five randomly-discarded pieces of trash versus assembling the necessary components to blow a door open. It takes what didn’t quite work in episode 2 and…well, makes those things work better. Of course, it wouldn’t be a complete episode if Max didn’t get some new challenges to tackle with her time-rewinding powers; and rewind she does. Chaos Theory throws out some fun challenges, including mostly brief ones, with one longer and more complex one that serves as a mechanical high point of the episode. The shorter puzzles all come at higher-tension moments where longer puzzles would only feel dragged out, while the longer ones come at opportune moments where it makes sense for Max to take her time (pun intended). It’s encouraging to see that the developers have no desire to use their protagonists’ abilities to throw any sense of decent pacing out the window; indeed, Chaos Theory has some of the best pacing yet, as demonstrated through mechanics and presentation alike. The episode also gives Max a new power, which opens up all sorts of narrative possibilities as well as mechanical ones. Chaos Theory is a potent reminder of how well gameplay and narrative are stitched together at Life is Strange‘s core. Another set of optional photos offer a couple fun side puzzles.

Something else continuously cool about Life is Strange is watching the resolutions to earlier choices come to pass. Some choices from episodes 1 and 2 see resolution in this episode, but more do one of two other things. These choices will either be affected by those made in previous episodes, or have some input into new ongoing conflicts. Nothing ever really feels as linear as “you did ting A, which led to thing B,” instead creating a solid network of cause and effect that can be unpredictable, surprising, and downright shocking. I love the feeling that the story could be going one of 10 possible ways, and I have the freedom to rewind if I make a choice I don’t like. There are some choices that appear insignificant, like the minor character who appears in every episode, to be saved from some minor inconvenience like having water splashed on her. Every time she is saved, though, the little notification shows up to let us know that what has just been done truly matters. What huge effect it will have will remain to be seen, but not knowing adds to the mystery and fun.

Chaos Theory doesn’t really have much to offer in the way of wholly new locations, but it does offer much deeper exploration into ones which had previously only felt a scratch on their surface. From the Blackwell Academy pool to the sketchy trailer by the Two Whales diner, places once inaccessible now become suspect to investigation, as Max and Chloe lose any middling concern for the rules. Everywhere the episode visits continues to maintain the cinematic quality that has been one of Life is Strange‘s landmarks throughout its run, giving it the feel of an interactive TV show to a degree that not even Telltale has matched. The large portion of the episode taking place at night allows for some fun with dimly-lit shots, but things are just as pretty once the sun rises. Chaos Theory isn’t afraid to spill a character’s emotional guts, only to proceed to put said guts in a blender.

Life is Strange Episode 3: Chaos Theory starts at 10 miles per hour, but ends at 110. The episode ends with setup for what could almost be like a whole second “arc” for the season, which honestly makes me a little nervous for the upcoming fourth episode. As an individual unit, though, episode 3 is the best in the lineup so far, boasting character development in spades, and some interesting new challenges for Max and her timey-wimey persuasions. Life is Strange still will not cease to be really beautiful, and I hope it keeps that up in the upcoming Darkroom. As the mysteries get deeper, and Arcadia Bay weirder, the adventures of Max Caufield only get better. 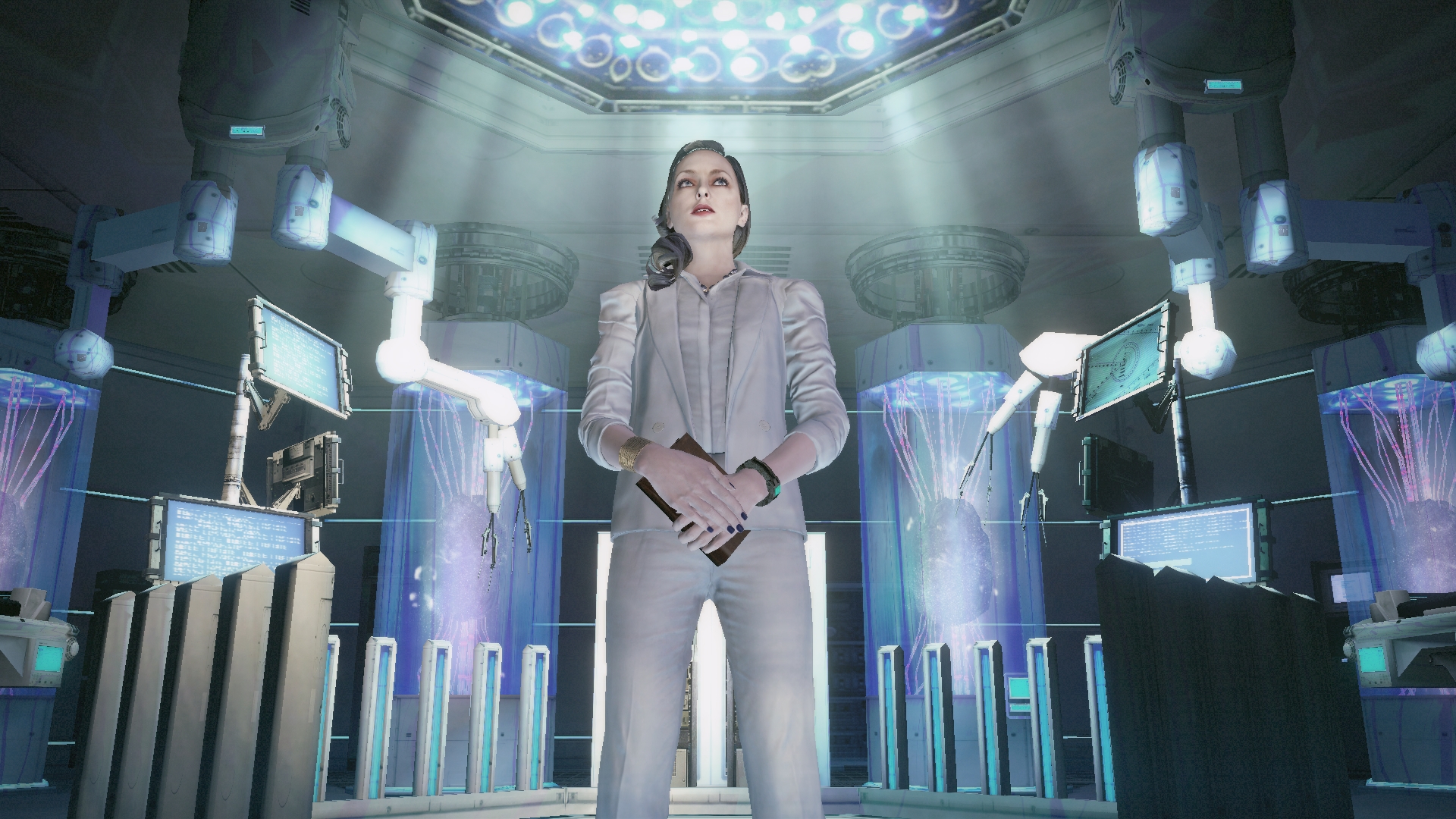