Fighting is pretty great. Some of the most popular game series ever made involve nothing more than muscle-bound people beating each other senseless, and righteously so. There’s something sickly rewarding about controlling a blue dog with aura powers as I beat the living daylights out of an Italian plumber, a plastic robot from the ’80s, and a space bounty hunter wearing high heels. It never gets old, I’m telling you. But at the same time, it seems we could use something new out of our fighting games. there’s a certain type of arena-based fighter, once made popular by games like Power Stone and Custom Robo, that has fallen to the wayside in recent years. Combat Core is set to revive what once was, strap on the boxing gloves, and hop back into the arena.

Combat Core packs a punch, from fists brimming with far more features than simply “ability to punch things.” We’re talking 1- to 4-player battles, in both battle royale and team modes. We’re also talking an emphasis on arena physis, interactivity, and level design, making each battlefield far more than just a simple backdrop. Added to that are a full cast of stylistic, original characters, item drops in arenas to turn the tides and keep things interesting, and the ability to leap into combat over the internet. Smoosh it all together, and you’ve got yourself as big a melee-based hype machine as you can get without mentioning John Cena. The similarities to stuff like Custom Robo aren’t only aesthetic, of course. Combat Core operates with gameplay mechanics intended to be reflective of a variety of brawlers from the late ’90s and early 2000s; this means 3D movement similar to Power Stone, hit/grab/block dynamics reminiscent of those of Soul Calibur or Dead or Alive, energy attacks and fast Dragonball Z-inspired combat, and fully custom characters based on the capabilities of games like Custom Robo and Wrestlemania 2000. Combat Core‘s 3D nature allows for free movement, and the game will include both gamepad and mouse/keyboard control schemes to accommodate. Putting together a fighting tournament is expensive, and the Combat Core team needs you to be their sponsor. The team is a four-man core operation led by Micah “MABManZ” Betts, and including Rob “Robaato” Porter (Cryamore), Christopher “Kirbopher” Niosi (TOME, A Hat in Time), and Jordan Preston. Filling out the group is a talented voice cast, featuring Curtis “Takahata101” Arnott, Michelle Knotz, Chris Guerrero, and more.

As far as goals go, this squad of pugilists is shooting for a base goal of $30,000. Fighters never stop dreaming, though, with the game’s various stretch goals including additional character-specific arenas, Wii U and Xbox One console support, four additional playable fighters, and more. Reward tiers offer combattants digital and physical copies of the game, art prints, and the chance to contribute to the game’s character customization selection.

Check out Combat Core on Kickstarter, Facebook, and Twitter. Get ready to beat up your friends with style, energy, and three dimensions of possibility! 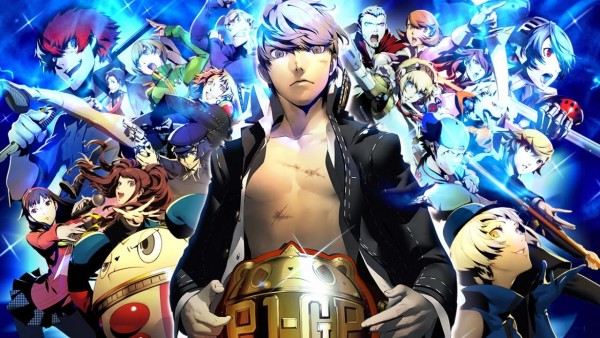 Ultimax delivers a second round knockout.   It’s been two years since Persona 4 Arena successfully slugged its way onto the Xbox 360 and Playstation 3, turning Atlus’ flagship…