Hey, you got your Senran Kagura in my Hyperdimension Neptunia!

Hyperdimension Neptunia U: Action Unleashed marks several firsts for the quirky, game industry spoofing Neptunia saga. For starters, it’s the first title in the series to be developed by Senran Kagura and Battle Arena Toshinden creator Tamsoft, rather than series creator Compile Heart. It also marks the RPG series’ first foray into the realm of hack-and-slash action. While this choice may cause series stalwarts’ heads to spin, this unexpected romp through the fantasy realm of Gameindustri serves up a liberal helping of frantic action and fan service as you guide the Gaurdian CPUs on a comical quest for glory.

The story of Hyperdimension Neptunia U: Action Unleashed centers around the four Guardian CPUs who reign over the kingdoms of Gameindustri. After completing a series of monster-bashing quests to provide scoops for game industry journalists Famitsu and Dengekiko, the four guardians along with their friends are pulled into an adventure that serves as a comical backdrop for the over-the-top, beat-’em-up action at hand. The missions themselves consist of all-out slugfests that have the player battling hundreds of monsters (many of which are nods to classic video game fodder), tackling menacing bosses, and collecting items scattered across the various levels. In addition to these quests, the Guardian CPUs and their allies will also encounter Irregular Quests, which offer their own puzzles hidden within within the stage for our heavily-armed heroines to solve. These range from finding tucked away items to killing certain enemies on the map or guiding a pair of lonesome creatures towards each other to complete the mission. The Irregular Quests are a nice way to add variety to the game, breaking up the otherwise formulaic yet satisfying brawler action.

Upon stepping out into the realm of Gameindustri it’s impossible to deny just how gorgeous it is. Last year’s Senran Kagura: Shinovi Versus looked fantastic on the Vita’s bright OLED screen, and Hyperdimension Neptunia U: Action Unleashed manages to look even better. The detailed character models and animations bring the characters to life, and the rich and vibrant colors make the varied worlds you explore simply pop off of the screen. What’s even more impressive is the action never misses a beat, even when countless enemies, giant bosses, and showering particle effects fill the screen. As good as the game looks, the music is just as stunning. Hyperdimension Neptunia U: Action Unleashed features a variety of insanely infectious and energetic tunes to drive the frantic action forward. Add to that the satisfying smacks and blasts from the combat and some quality voice acting that remains entertaining throughout the game’s roughly 12-hour campaign. Simply put, you’ll want to play this one at full blast.

A hack-and-slash title is only as good as its combat. Thankfully, Tamsoft delivers the goods with Hyperdimension Neptunia U, fleshing out the combat mechanics from Senran Kagura: Shinovi Versus with high-energy, combo-focused combat. From the start of each mission, players are able to choose two characters who they can swap between with the simple press of a button, allowing you to put together the most effective team for each mission. Each playable character has a light and hard attack, and stringing the two together results in combos that ravage the opposition. You can also double jump and take the combos into the air, creating a cacophony of airborne carnage as you battle baddies both on the ground and up above. Each of the game’s ten playable characters also has access to three spectacular special moves they can unleash on their hapless foes. These devastating attacks require power stocks to use, and almost always result in a spectacular explosion of particle effects or shower of falling fiends that were unfortunate enough to be on the receiving end of their impact. From Famitsu’s flying scissors and shrimp shaped cudgel to nimble marksman of Lastation Uni’s devastating rifle attacks, each character offers a variety of visually satisfying and deadly attacks. Lastly, when the going gets tough you can access your stored energy to assume HDD mode, which puts the CPU Guardians and their allies in a near-invincible form with enhanced attack power and punishing, screen-clearing super attacks. Unfortunately, for all of the freedom Hyperdimension Neptunia U: Action Unleashed grants the player, the enemies themselves pale in comparison to the game’s super-charged heroines. You’ll often find their sole strategy is to simply swarm the player, striking occasionally as you typically send them flying about in massive waves of destruction. However, these enemies do pack quite a wallop when hit, which results in heavy damage (along with your clothes being torn to shreds, much as in Senran Kagura, something Gameindustri’s deadly damsels are NOT happy about). You’ll often find the best strategy for survival is to stick and move, charging your power stocks and HDD mode while taking on one swathe of baddies at a time.

While the game’s main story can be powered through in roughly a dozen hours, there’s still plenty of extra stuff to keep you pulled into Gameindustri. The game features a staggering level of customization, allowing you to upgrade your heroines with a variety of new clothes, weapons, and abilities that you can unlock by spending medals that you collect from fallen foes and watching City Watch cutscenes. Neptunia’s Lilly Rank System also returns, allowing characters who fight together to strengthen their bonds, making them even more effective as a pair. Each stage also awards a score upon completion, offering tons of replayability as you perfect your play style to achieve a coveted golden Godly rank.

At first glance, it’s easy to pass Hyperdimension Neptunia U: Action Unleashed off as little more than blatant fan service. However, don’t let the risque antics fool you. Idea Factory International and developer Tamsoft have taken the beloved Neptunia series and expanded upon the already solid foundation laid by Senran Kagura: Shinovi Versus to craft a quirky and exceptional slugfest fans of both universes are bound to enjoy. If you’re a Vita owner looking for a high-energy brawler with a wealth of content to explore, look no further. Hyperdimension Neptunia U delivers the goods.

Full disclosure: This review is based on a review copy of Hyperdimension Neptunia U: Action Unleashed provided by the game’s publisher, Idea Factory International. 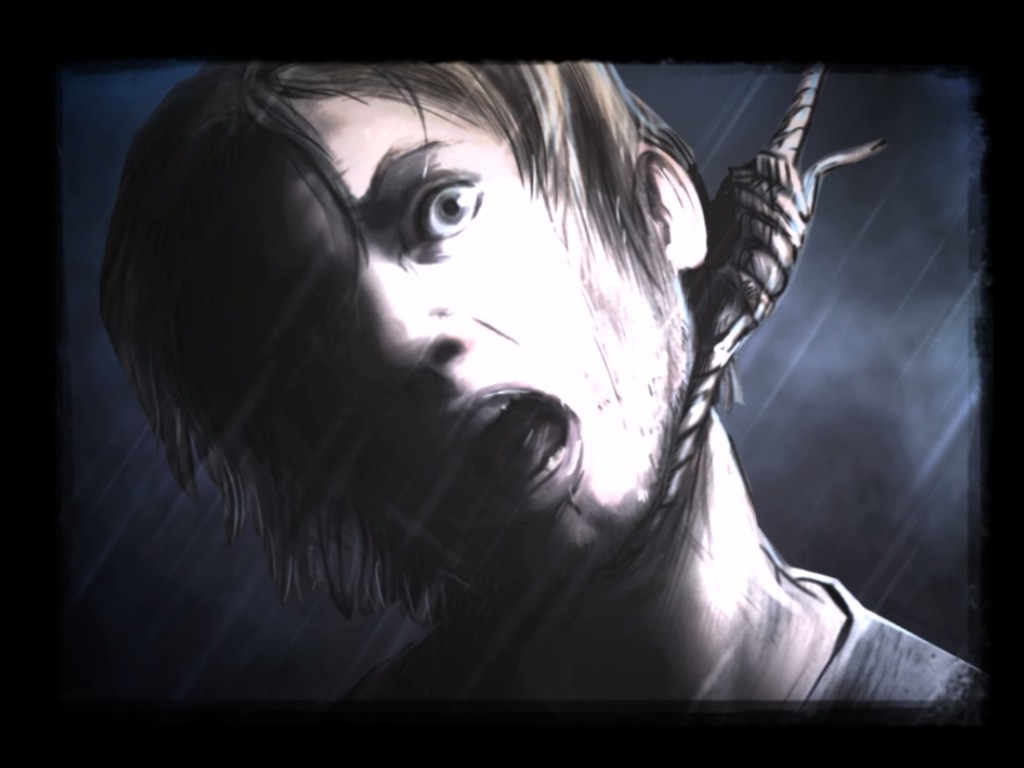 Hack Magic Woman – Gabriel Knight: Sins of the Fathers needs a witch doctor, stat.   Do you ever have a really bad night that you can trace back…