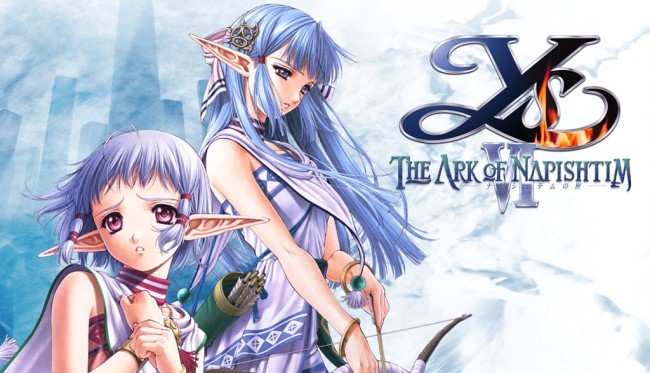 While beloved in Japan since its inception on the PC Engine, Nihon Falcom’s Ys series has often struggled to find relevancy in the western market. With Nintendo’s phenomenally successful The Legend of Zelda series claiming the action-adventure throne, the Ys series has largely gone unnoticed by generations of console gamers, and that’s a crying shame.

Thankfully, publisher XSEED Games has done a stellar job in giving this often overlooked series a new lease on life in recent years. With a pair of solid entries on the PSP and PS Vita, along with a slew souped-up ports making their way to the PC, Falcom’s flagship adventure franchise has finally begun to finally make a solid name for itself among gamers in the land of bacon, apple pie and dudebro shooters. 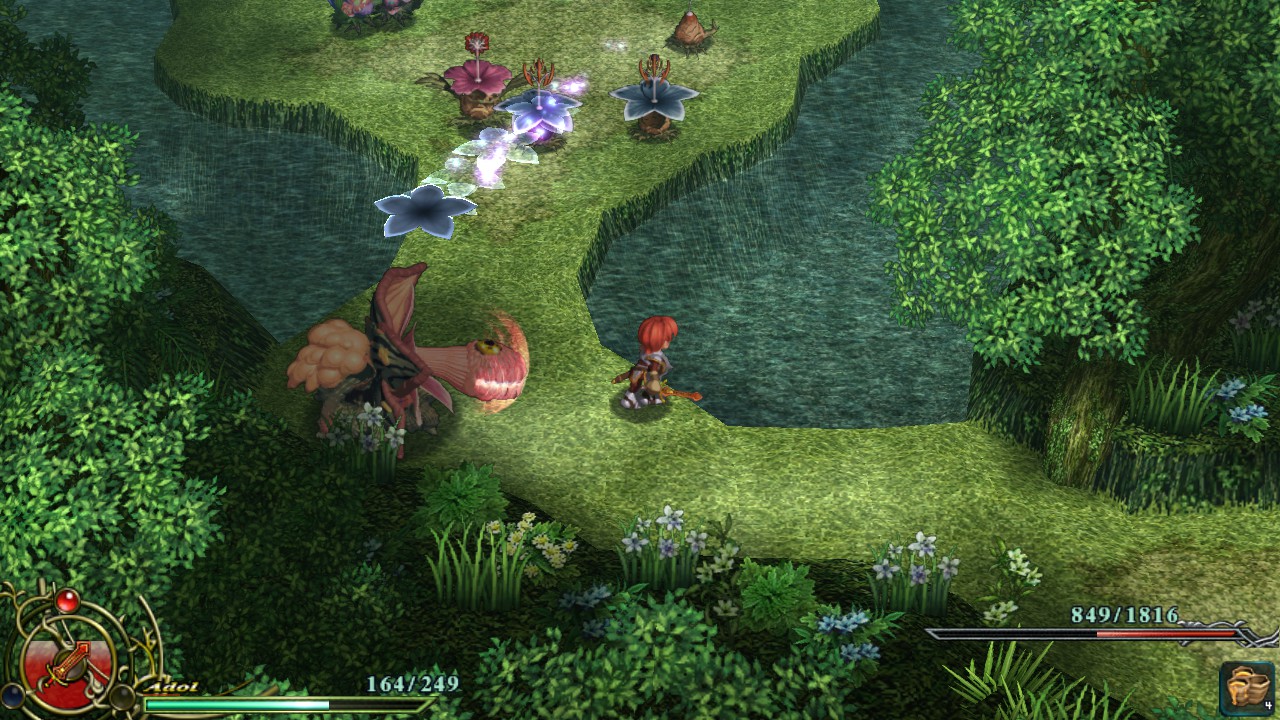 Now, XSEED Games returns with another entry in the venerated action-RPG series – Ys VI: The Ark of Napishtim. Originally released on the PlayStation 2 over a decade ago, and later ported to the PlayStation Portable, this adventure tosses players into the well-traveled boots of fiery-haired adventurer Adol Christin. After a perilous run-in with the Romun Empire’s navy at sea that sends him into the drink, the heroic swordsman is washed ashore on an island in the Canaan Archipelago, a chain of islands seperated from the mainland by a mysterious raging vortex that turns any ships that attempt to set sail into piles of floating debris. After meeting a pair mysterious Redhan sisters, Olha and Isha, Adol is quickly caught up in another quest to save the world from the forces of evil that will have him hack and slash through forgotten ancient temples, verdant plains, and the deepest depths of dimly-lit dungeons.

Those who happened to play through the game when it saw its first Western release in 2005 will immediately notice the vastly improved visuals found in this port of Ys VI: The Ark of Napishtim. The debut 3D entry in the series that set the stage for the likes of Ys: The Oath in Felghana and Ys Origin has been resurrected with gorgeous high definition sprites, silky-smooth animations, and absolutely zero slowdown – even when the environments are teeming with monsters. The gargantuan boss creatures Adol encounters absolutely fill the screen, but the action scarcely misses a beat in this energetic and engaging adventure due to the developer Nihon Falcom’s superior optimization on the PC platform. 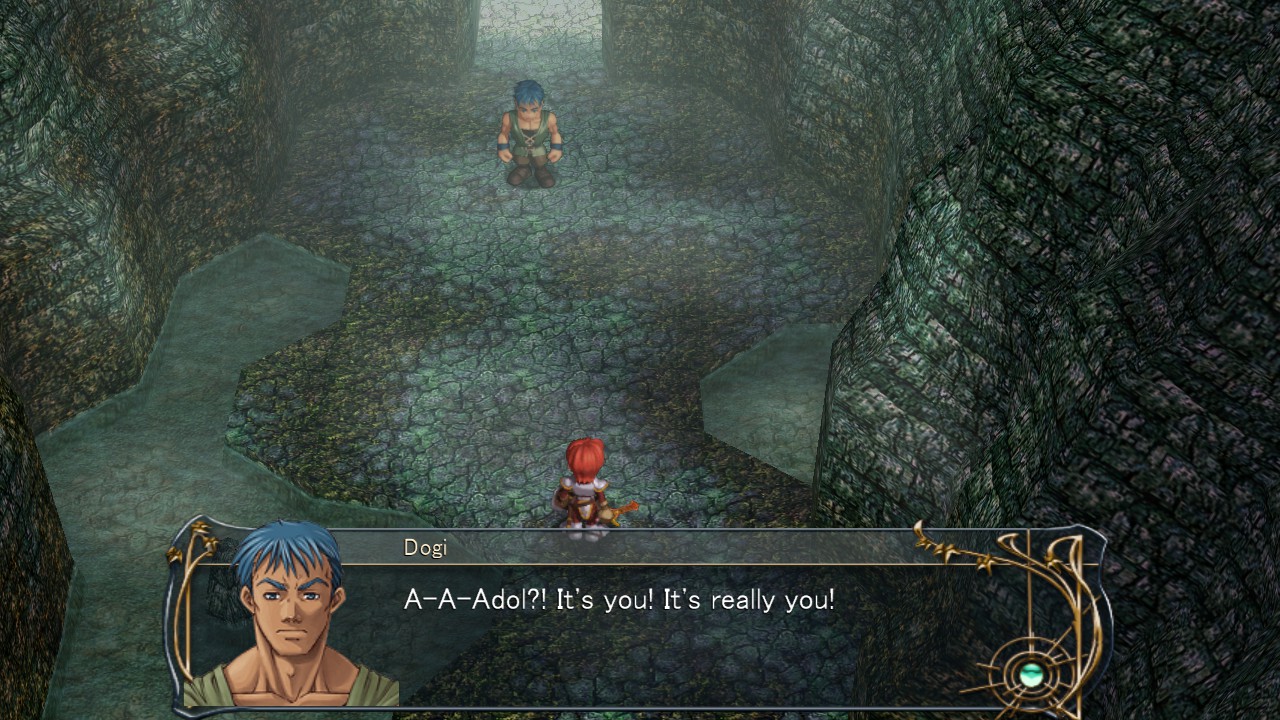 As nice as the modernized aesthetics are, the brand-new localization is even better, really bringing the story to life when compared to the original releases of the game. While it’s hardly Shakespeare, the game’s endearing cast of heroes and delightfully devilish villains all offer clever lines and never fail to entertain, providing a great reason for veterans of this quest to embark on a second go around in addition to offering newcomers a spiffed up narrative to enjoy, which features appearances by series stalwarts such as Adol’s faithful companion Dogi and the wise professor Raba who made his cameo in Ys: Books 1 & 2.

Of course, Ys titles are known for their consistently incredible soundtracks, and Ys VI: The Ark of Napishtim is no exception. Composer Wataru Ishbashi’s sweeping score is full of jaw-dropping compositions. From the driving overworld theme that blares on the plains to the haunting melodies that fill the air in the Zemeth sanctum, Ys VI’s score fits the action like a glove, offering a wide array of emotional and atmospheric tracks sharply contrasted by blazing guitar riffs that accompany the frantic boss encounters.

Anyone who’s wielded a Master Sword as Hylian swordsman Link will have no issues clashing swords against Ys VI: The Ark of Napishtim‘s menagerie of merciless monsters. Tapping the attack button lets swings Adol’s sword, while rapid taps dole out flashy and powerful sword combos. In addition to standard attacks, each of the three elemental swords you obtain on your journey can be upgraded through Elem, a malleable metal which can be spent to sharpen your blades and augment their magical attacks, which is key to progressing through the game’s challenging dungeons. Of course, sometimes the sharpest sword isn’t enough, and the only way to make a dent in the armor of the nastiest beasties is good old elbow grease as you grind out a few levels to even the odds. 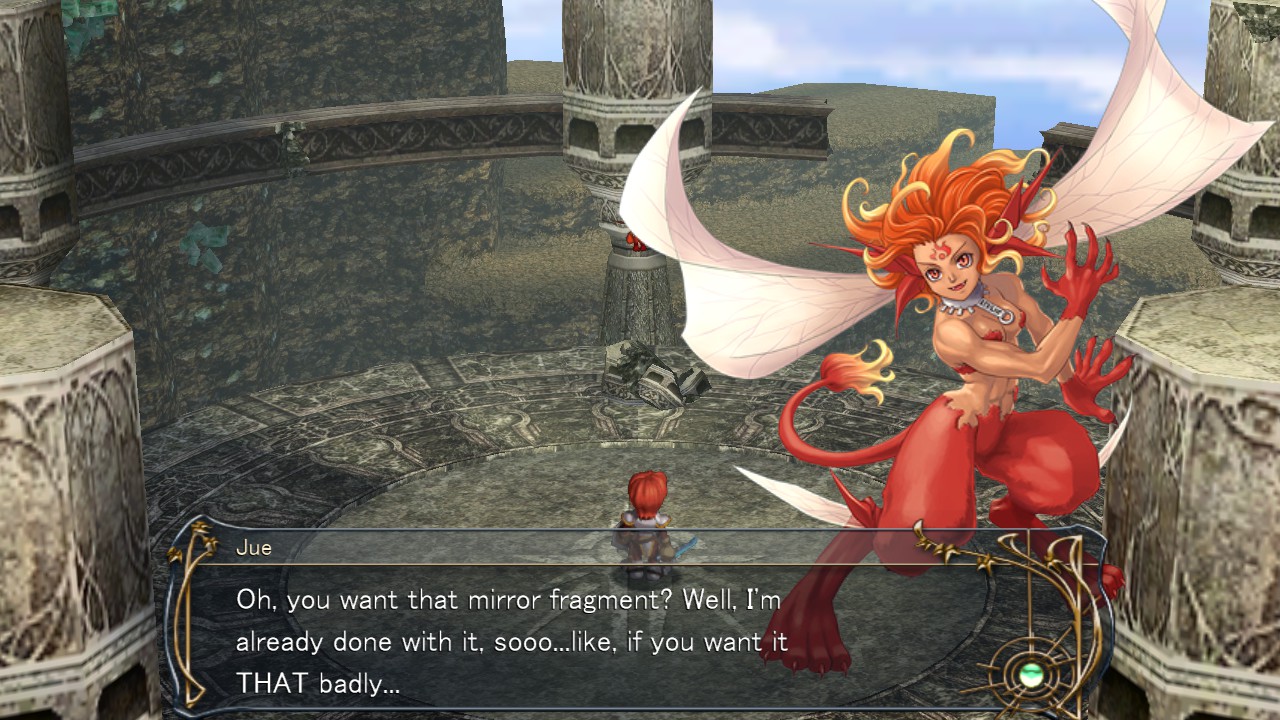 Ys VI: The Ark of Napishtim’s refreshingly fast-paced blend of combat remains entertaining throughout, but unfortunately the platforming segments can suffer from some questionable control issues. Chief among these gripes is the dash jump, which is incredibly ineffective with the controller, but extremely necessary for gathering tucked-away treasures in the game’s dungeons. Thankfully, executing the maneuver proves much easier with the mouse and keyboard controls, simply requiring you to press the left mouse button twice, then jump and attack, but it’s to have to be forced between juggling the two controls schemes due to the dash jump’s clumsy implementation.

Ys VI is certainly a thoroughly enjoyable ride, but it’s not an especially long one. Clocking in at less than 20 hours (with seasons Ys veterans able to easily shave off considerable time), this adventure certainly prides itself in quality over quantity. However, there are numerous optional bosses to encounter and various sidequests to complete that reward you with lots of prized goodies. if that’s not enough the new and challenging addition of Catastrophe Mode is sure to test the mettle of even the most seasoned swordsmen. This mode ups the ante by prohibiting players from storing or purchasing healing items, forcing them to use the items as soon as they drop. This mode is frantic and punishing, and is sure to separate the legendary heroes from the lowly squires

XSEED and Nihon Falcom’s decision to dig up this often overlooked gem in the Ys series’ legacy proves truly fortuitous for PC adventure fans. Offering an excellently-paced adventure, charming enhanced visuals, and a soul-crushing new difficulty mode, Ys VI: The Ark of Napishtim‘s resurrected PC port is without question the definitive Ys VI experience. Minor control squabbles and an abundance of grinding may occasionally hamper your enjoyment of the game, but it’s easy to overlook these gripes considering just how fantastic the main story’s experience is.

Whether you’re new to the series, or just looking to revisit a classic from the Playstation 2 era, Ys VI: The Ark of Napishtim is well worth your time and hard-earned gold.

Full disclosure: This review is based on a review copy of Ys VI: The Ark of Napishtim  provided by the game’s publisher, XSEED Games. 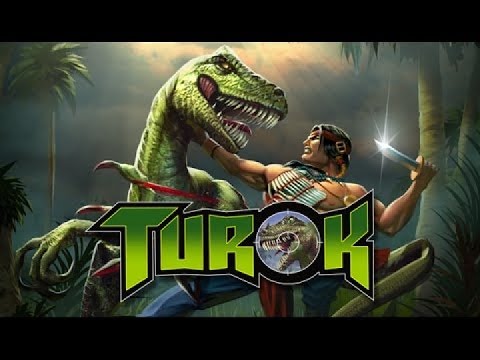 Foggy Bottom Boys Were you expecting the 1997 Nintendo 64 (and PC) hit Turok: Dinosaur Hunter to come to Steam in December of The Year of Our Lord 2015?…