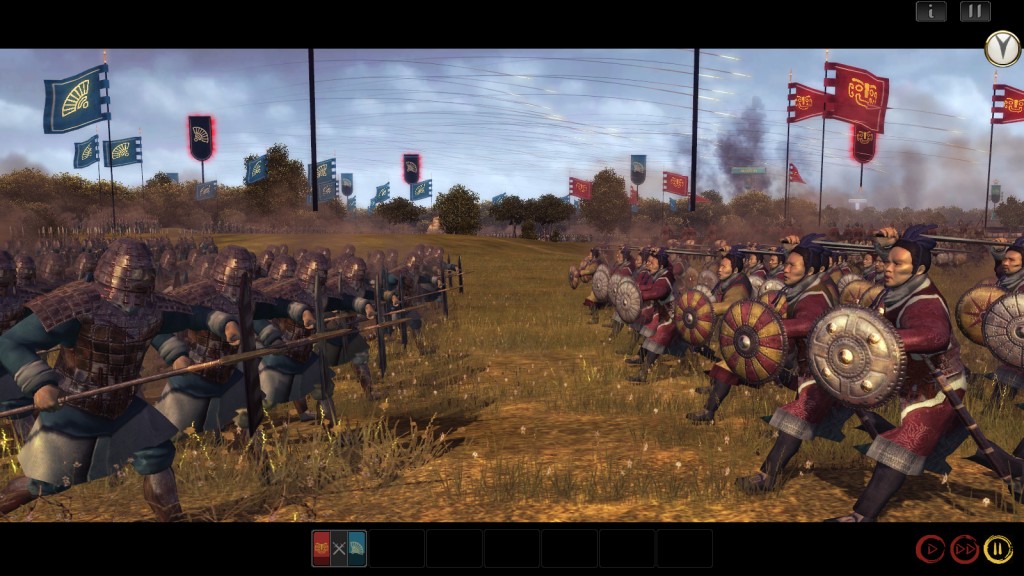 Netherlands based publisher Iceberg interactive have just announced a very exciting looking upcoming title called Oriental Empires. It’s a 4x styled strategy game in the hexagonal mould of civilization where you guide a city-state or tribe to prominence in ancient China. However, gameplay isn’t just about building cities and moving armies around on a hexagonal grid. When a battle occurs, the camera zooms right in to a Total War style battle featuring thousands of individual soldiers duking it out. The transition is completely seamless, and wherever your armies are meeting on the overworld map is exactly where they will be fighting, letting the player make much more informed choices about using the terrain to their advantage.

Indeed, Oriental Empires could be seen as a natural evolution from the Total War series, as the development team is headed up by Total War veterans R.T. Smith and John Carline, two tenured strategy game developers with three decades worth of experience between them.

Oriental Empires certainly has a promising list of features. There’s 16 different factions available to play, each with their own bonuses and penalties. The world map is advertised to be an authentic representation of China and Mongolia, down to minute geographical details. Minute details don’t seem to be spared in battles either, with each and every soldier in the massive melees having variations in facial features and clothing. Oriental Empires covers a sprawling period of history – from 1500 BC all the way to 1500 AD. Oriental Empires seems to aspire towards the deep economic and cultural management of Civilization as well, with culture, religion and a vast technology tree all coming into play.

So, if you’re looking for an ever-so-slightly more realistic simulation of the struggle to rule ancient China than the magic, mosou and hammy voice-acting of Dynasty Warriors – Oriental Empires could be right up your lantern-hung alley!