That $60 FFXV demo was pretty good.

The gameplay is very different than any other Final Fantasy game I’ve played before, and actually felt like a third-person shooter in a way. The camera is positioned behind the player, the quest objectives remind me of the objective screens in a shooter game, and there is the ability to hide behind cover. This monster is the key to getting your car back.

The player can equip various weapons in different slots for different attacks, such as initial attacks, melee barrages, and even the weapon you counter with. You can switch weapons around at almost any time to fit your circumstances (like if your fighting a larger enemy you can equip more heavy hitting weapons for your main attacks). This makes Noctis feel like a very versatile and adaptable fighter. Random battles have never been this fun.

Combat is fluid and enjoyable, for one of the first times in a Final Fantasy game I actually enjoyed the random fights that in other games would feel like a hassle and a waste of my time. Attacks can be combo’d together and the MP gauge is used for Noctis’ special attacks, dodges, and warps. When the player’s health reaches zero, they don’t immediately die, they enter a sort of “last stand mode” until a party member can heal them or they die.

Final Fantasy XV Episode Duscae puts the player in one large area sprinkled with various collectables and side quests. The overall goal is to get enough money to pay for your car repairs, specifically by going after a bounty placed on a behemoth called Deadeye. The five notable characters featured in the demo are all very like-able.

Noctis is not alone in his quest though, he’s accompanied by three party members; Gladius a large guy trying to outdo Cloud Strife in terms of who can have the biggest sword; Ignis, the brains of the group; and Promoto, the gunslinging comic relief. Even in this demo they have defined and likeable personalities with quality voice acting. In battle they stand a fair chance in combat, they can fend for themselves but they can also still meet their match.

A minor feature I did like was that whenever you enter a shop, your companions would all do their own thing within the shop. Things like these help the characters stand out as more than just “interchangeable companions”.

Limit breaks are back in the form of Armiger, an arsenal of magic weapons Noctis can use to turn the tide of battle. The Arniger arsenal consists of four weapons obtained throughout the game. One is already unlocked, two are found within the environment, and the last one is automatically earned by defeating the Behemoth. They are powerful, but can easily drain your MP gauge. Theres no problem that can’t be solved by magic ghost swords.

Leveling up has also been given an overhaul. Every night the player can set up camp, where the game will save and XP earned during the day will be added up. You also get a fresh-cooked meal that provides additional bonuses for the next day such as immunity to status effects, and an animation will be shown of the characters at the campsite, relaxing in their Coleman camping chairs available at your local Coleman store for only $49.99. The summoning system in the game is interesting as well. Later in Episode Duscae, you unlock the ability to summon Ramuh, a giant wizard that can one hit KO enemies. However, you can only summon him when your health is at zero, by holding down a button until the winds pick up and the skies darken. In Episode Duscae summoning is used to stop you from loosing a character in battle. I like that they make the summoning look like a big spectacle, even if it does come off as overpowered in a way. If all else fails, summon a giant floating wizard to rain destruction upon those who stand before you.

Even when you finish Episode Duscae, there is still much to do. You can continuously fight Deadeye, explore the area, complete any side quests you missed, or just fight enemies to your heart’s content. Overall I liked Episode Duscae, as a fun little sneak peek at what the next installment of the Final Fantasy series has to offer. 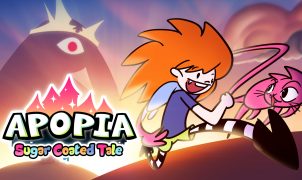 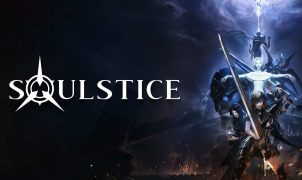