Alec has played as much Resident Evil in a month as I did Xenoblade in a year. Jay, Adam and Alec return from spring break with beautiful tans and a bunch of games. We talk about the Uncharted 4 delay, speculate on Nintendo’s mysterious Project NX, shoot the shit on what they’ve been playing, and have some off-topic Zelda talk. Music for this episode comes from Uncharted 2, SanctuaryRPG, and Kevin MacLeod. 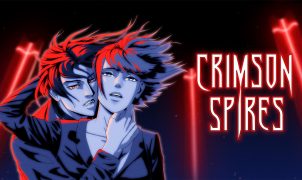