There’s no No Cop Out. What’cha gonna do when they come for you? Battlefield: Hardline is the antithesis of a mid 90’s action flick, and developer Visceral does not hesitate on letting you know that. You play as Nick Mendoza, a newly promoted detective of the Miami police force. Drawing inspiration from shows like 24, Hawaii five-0 and True Detective, Mendoza is sent through a hurricane of drug trafficking, corruption and crooked cops. All delivered through a unique episodic television presentation.

The story is predictable and corny, in the best kind of ways. Visceral isn’t looking for an Emmy, the main focus is game play and as to be expected from any Battlefield title, that’s where it shines. At first I was shocked to see any form of stealth from the franchise that prides itself on its environment destructibility. The level structure in Hardline is akin to the outposts in Far Cry. The player has choices to make before and during a mission, via tactical drop boxes placed on the map. You’re able to determine if you want to go in loud and proud, or be silent and make arrest along the way. Mendoza, it seems, is the only good cop in the department, and you’re tasked with taking down collectible crooks, who have warrants out for their arrest. If you’re able to silently subdue the criminal, you will be awarded with a cash bonus at the end of each level. Which is Hardline’s way of encouraging the player to approach most mission in a stealthy manner. Campaign scenarios begin by creeping around rooftop vantage points, allowing the player to tag patrolling enemies with a cellphone scanner. By determining the best route, you may be able to get close enough to make an arrest, which is prompted by pressing the left bumper and clicking in the right stick. It’s uncomplicated and intuitive, and Hardline does a great job at easing players in during episode one. Surprisingly, each battle ground doubles as a puzzle of drawing armed crooks to remote locations and apprehending them for incarceration.

The addition of stealth alters the fundamental flow of the game. It’s a refreshing opposition to Battlefield’s typically fast-moving, action packed campaigns, drawing the pace closer to the tactical play of the series’ massive multiplayer modes.

On the complete opposite side of the scale, Hardline displays a fresh sense of speed with Battlefield’s PVP, offering a handful of new modes. Hotwire is the most ambitious, a different take on the flag capture Conquest mode in which each control point is a moving vehicle. You have to constantly be in motion to “capture” the objective, which means players are always speeding around the map and firing wildly out of windows.

Heist and Blood Money are also newcomers. The latter pits criminals and cops against each other in a race to move money from a central location to their home bases. The former tasks the criminals with breaking into a spot, robbing it, and moving the valuables to an escape point while cops give the pursuit. Rescue and Crosshair have one-spawn-per-match rules which embraces Hardline’s cops and robbers interpretation of the Battlefield brand. In rescue you’re tasked with either guarding the hostages from police intervention, or rescuing said hostages from the crooks, switching sides half way through. Crosshair is the most hardcore and competitive multiplayer mode. Traditional Conquest, of course, sees big battles with vehicles, exploding buildings and huge heists, but Crosshair focuses down, amps up the difficulty and puts everyone at a high level risk. Nobody re-spawns when they’re killed, and it makes either rescuing or hunting a VIP that much more challenging.

Most surprising of all is that the multiplayer actually works! After Battlefield 4’s rough launch, I was very hesitant to even give the franchise another chance, but the new aesthetic was enough for me to raise an eyebrow. It’s a refreshing new direction for the franchise and doesn’t disappoint. While I do have minor gripes with the partner A.I. the campaign offers enough ridiculousness, that I’m able to look past it. Battlefield: Hardline reminds me of the cheesy action movies that I was such a fan of while growing up. There’s no underlying social issues, no reason to get bent out of shape, just start the game and have a blast.

This review is based on an Xbox One copy of Battlefield: Hardline purchased by Hey Poor Player. 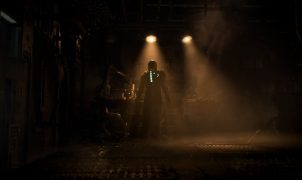 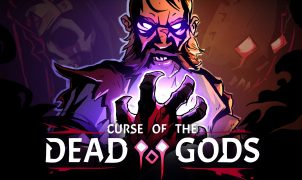