Who Judges the Judgement?

Much like the second episode, episode three of Resident Evil Revelations 2 keeps the pace fast. Despite being an offshoot to the series, this game more and more feels like a proper Resident Evil than most entries lately.

Admittedly a fair bit of the dialogue is cheesy in true RE fashion, but the voice actors really pull them off. Much like the prior episodes, there are a few moments where the game dialogue becomes meta and mentions how the puzzles make a weird sort of sense. Episode 3: Judgement sees Claire and Moira get closer to the truth of the island as Barry and Natalia get closer to finding Alex and what happened to Moira.

In the newest episode, there are fewer hallway-type environments and some very nice set pieces that draw on classic RE puzzle solving. For instance, in one area, Barry and Moira must move a generator from one end of a canyon to the other using conveyer belts and placing it properly to throw switches and climb ladders to out of reach areas. The much-dreaded sewers area from most games makes a return, but is short and a lot less painful than most other RE games. 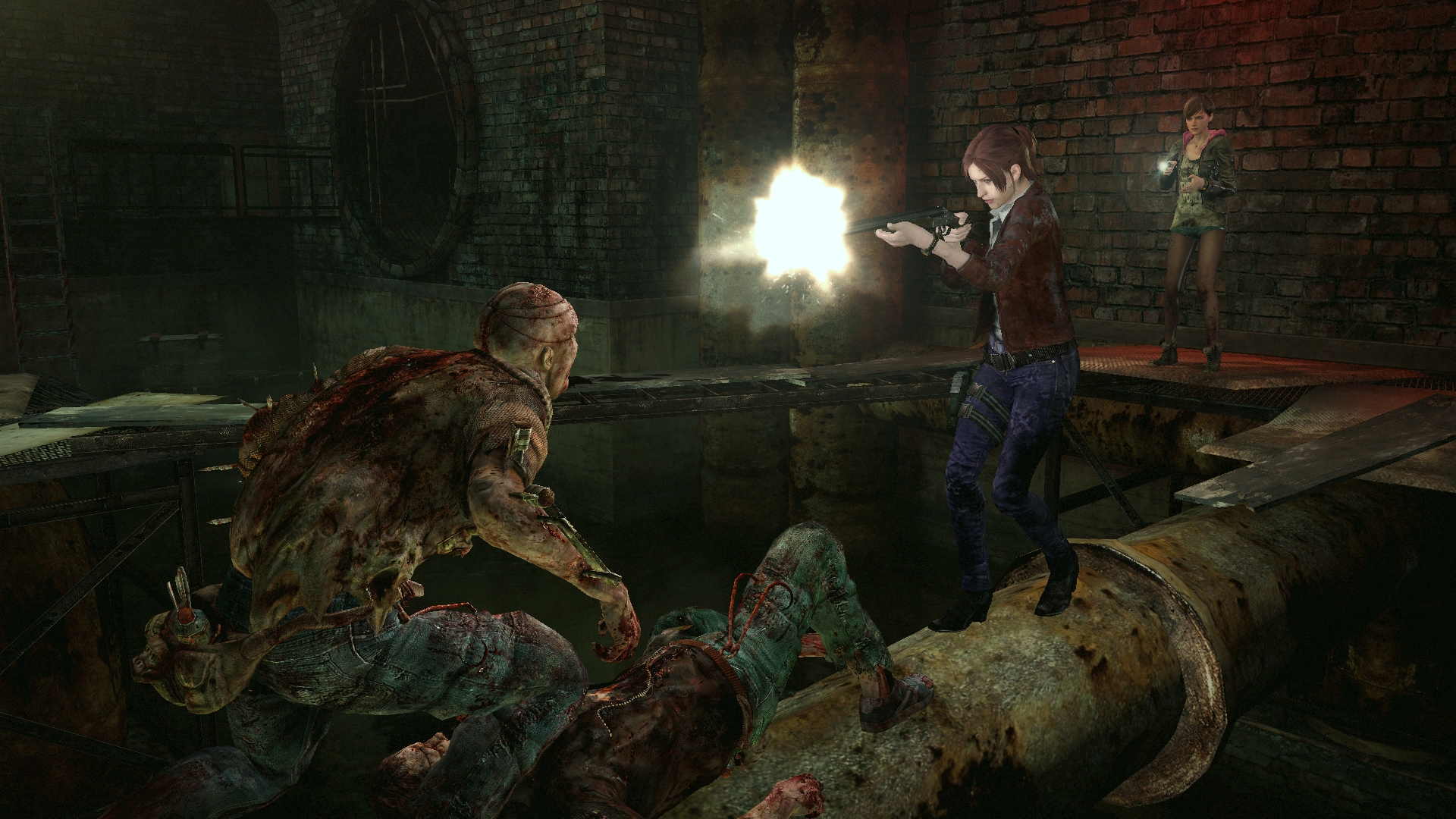 Co-op seems to be a much bigger focus as well in the new episode. The return of invisible enemies, who now require flanking to do ANY damage whatsoever, and a timed sequence to escape a burning factory by eliminating enemies and turning valves to unblock pathways, all feel right at home within the game’s systems. If you’re capable, I definitely suggest playing this with a friend, but don’t let it deter you if you can’t. These sequences were definitely designed with two players in mind, but success is easily achievable as a single player experience.

Admittedly, the game design is still simplistic and suffers most of the shortcomings of the other episodes. A lack of monster and environment variety drags down the gameplay a little, and the bland textures can sometimes be a little jarring on a next gen system. Despite these problems, Episode 3 ends with a cliffhanger that had me chomping at the bit for the next and final episode. 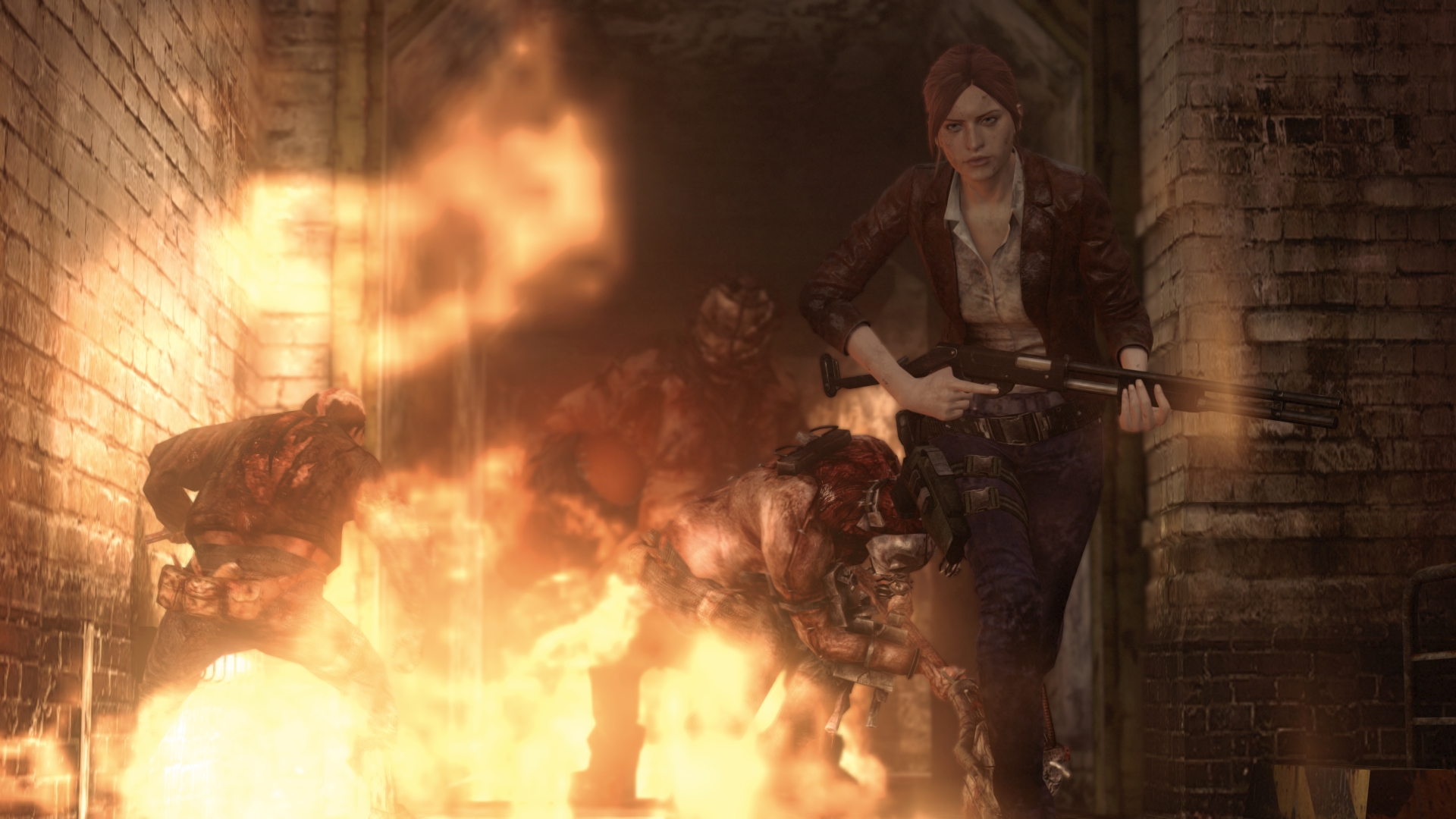 With the final episode release and the full game coming out on hard copy impending, three episodes will be released next week; the final chapter of the campaign, and two bonus episodes that explore the events that occur within the six month gap between the two halves of the campaign. With these details in mind, I’m sure the full release will further tie this title to the previous Revelations and overall Resident Evil universe as well as wrap up the story neatly enough for fans. I really look forward to the deepening character development, even though the new ones introduced already feel at home in the universe.

Raid mode continues to be where I spend the bulk of my time, despite my great enjoyment of the campaign and it’s extra modes. Just having this RPG-inspired arcade-style shooter side game is definitely worth the price of admission. In fact, it’s so addictive that I’m considering purchasing the Vita release as a second copy, just to have raid mode on the go. The new episode added some more gauntlets as well as two new characters. Chris Redfield and Neil from the campaign appear alongside the other playable characters each with their own unique skills. 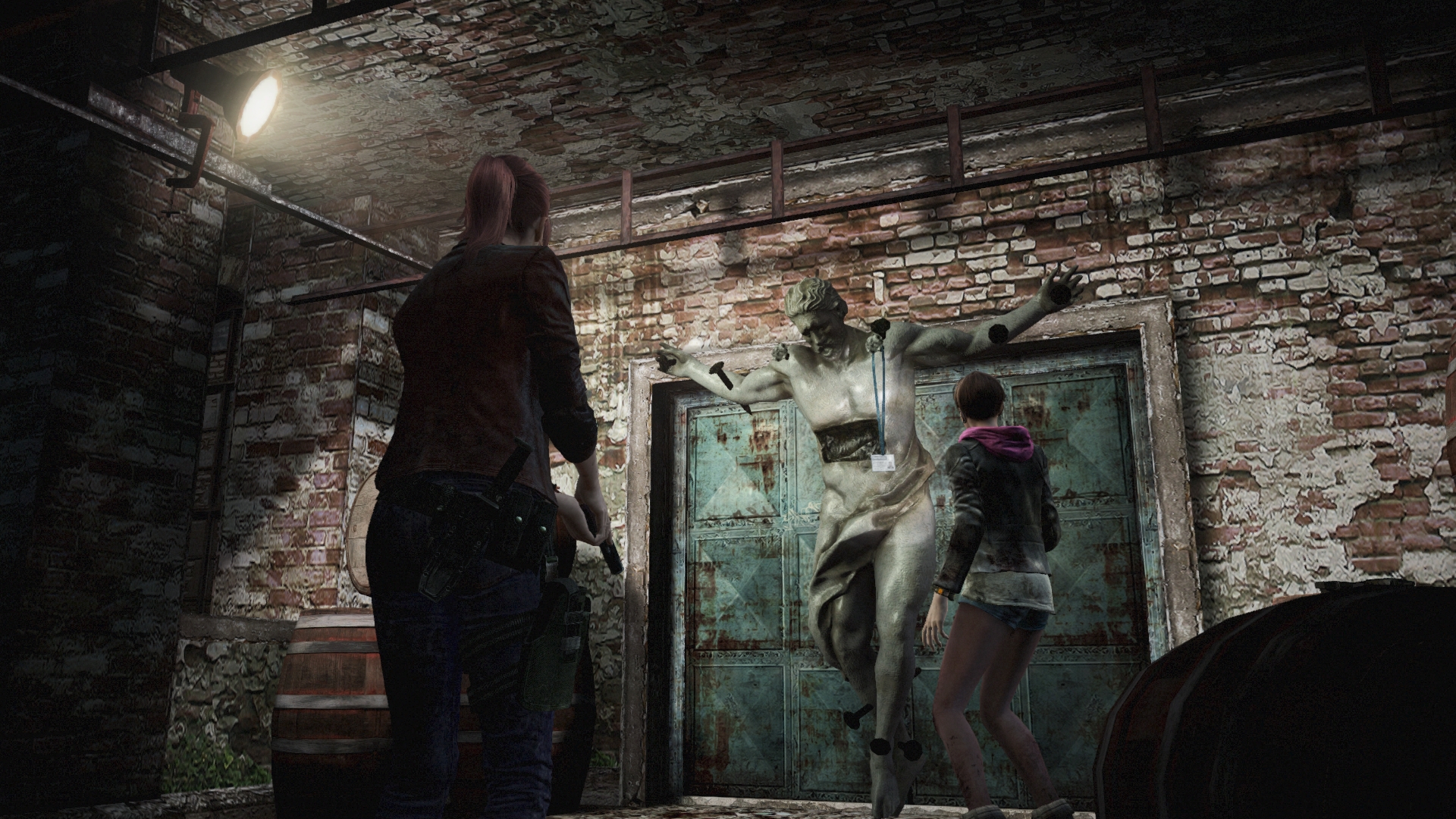 Overall the game feels like a step in the right direction in the series, as it seems to be a hybrid of older gameplay and new systems. They could definitely be pulled off a bit better, but for a such a strange new foray for the crew over at Capcom, I can’t help but congratulate them for at least moving in the right direction. Despite the inconsistency in design, I hope they learn from and expand on the ideas hammered out in this game within future RE titles. 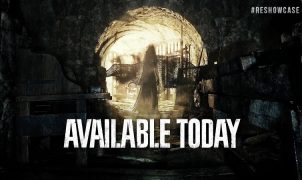