“They’re Coming to Get You, Sergeant” – Combined efforts by publishers Gambitious  and Devolver Digital along with developers Gun Media and Mighty Rabbit studios bring you Breach & Clear: Deadline

Tactical combat has its share of foes. You’ve fought militants, anime folks, wasteland raiders, and aliens.  Breach & Clear: Deadline puts you in charge of a team of Special Operatives caught in the middle of an undead infestation trying to regroup with your command. Along the way you’ll meet up with other survivors-some of whom need your help while other groups fend for themselves violently. Deadline is different from the original Breach & Clear on several different levels. For one, the tactical combat isn’t relegated to turn-based. The game runs in real time but allows the user to pause and elicit commands before starting the game back up and seeing how things turn out. In addition to tactical combat there is also the option to play in “action” mode, giving players the option of taking on what’s coming face to face using an individual soldier to take things down. The game plays in an open world your team can explore rather than keeping you to smaller skirmish matches. You can take on several quests at once allowing you to explore more parts of the city than the straight and narrow. You’ll come across certain segments where you’ll be faced with an onslaught of foes. in these sections a small portion of the map is squared off by red temporary walls and you won’t be able to move forward until you clear the area.

For instance, once I found the safe zone in the first area my team was sent to pick up alcohol at a nearby pub to sanitize wounds. As I traveled through the streets I was met with several hordes of infected on all sides. The enemies are varied and all have specializations as well. Some groups shamble toward you slowly in a large pack, while other times you’ll come across groups of runners you’ll need to take out quickly before they deal serious damage. After dealing with the undead there was more in store for my group. As I approached the pub I found the folks inside were not as welcoming as I was met with raiders looking to kill me. Each member of your team has a specialization be it a medic, explosives expert, and more. As you complete quests and skirmishes your team members gather experience and level up. Each member of the group has specialization trees that you can stick with or mix classes. There’s a wide variety of skills to pack into each team member all of which prove to be useful. For my style of play I was heavy handed using the explosives expert. Using his satchel charge skill the character MacGuyver’s an explosive able to take down a horde at once. Using items such as flash bangs and grenades come in handy as well, slowing down the horde as your team becomes surrounded. Breach & Clear: Deadline combines familiar elements from RPGs and tactical squad-based games and plays in its own unique way. The real time mechanics along with the combat and pause modes allows you to play the game in whatever style suits your needs. The lack of grid-based action-point combat keeps the game’s energy high while still engaging the strategic aspects of shooters. There are new weapons and items to discover,

Breach & Clear: Deadline is currently in Early Access on Steam with a full release date unknown. For more information and to see the early access trailer check out the game’s Steam Page. 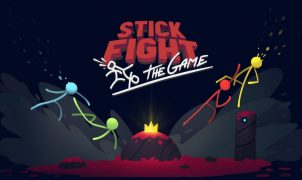