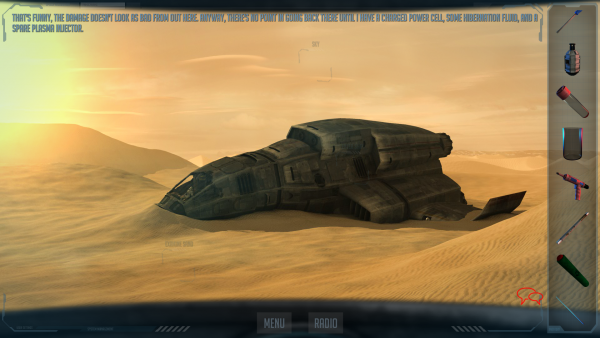 Point-and-Click adventure games have maintained a cult following for many years since the 90’s. As the first FMV rolled I couldn’t help but remember my wee self playing demos out of PC magazines and pushing my parents’ 486 to its limits. Between Myst and The Journeyman Project, Morningstar: Descent to Deadrock is a prime example of recreation without feeling like a ripoff or throwback for the sake of throwback. 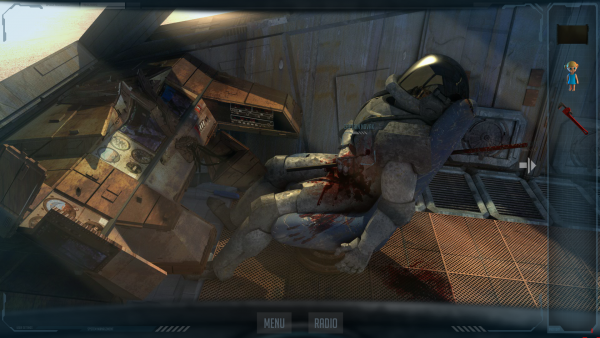 Morningstar: Descent to Deadrock is a remake of an in-browser game made by Red Herring Labs. The new version features completely redone graphics, a new interface, new music, and extra puzzles to make the adventure longer.  Your ship crash lands on a desert planet and your crew mate and captain are wounded on the landing. It is your job to investigate what caused the crash and how you can fix the ship. 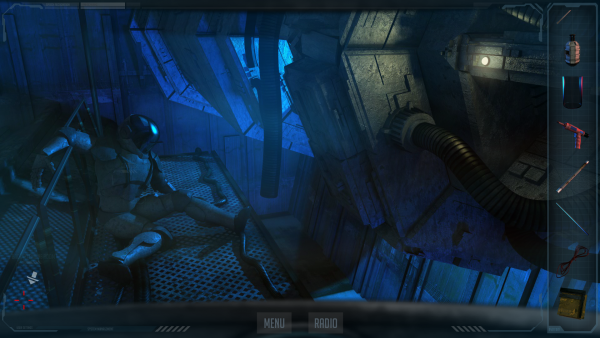 What makes Morningstar work is fluidity of the gameplay. There is very little animation but the set pieces are beautifully rendered and look great. There are a few interactive items that are hidden, but unlike many adventure games Morningstar has little boxes that make it clear what you can interact with so you won’t find yourself click-spamming to solve puzzles. Another great feature is the inclusion of dialogue to assist you when you are trying specific items on each puzzle so it isn’t simply a game of trial-and-error. Hints are given but never make you feel cheated or stupid and you’ll only find them if you’re close to the answer, anyway. There were a few moments where I got stuck only to realize the item I needed was a combination of some that I already had. It can get frustrating, but have patience and you’ll get through this game. 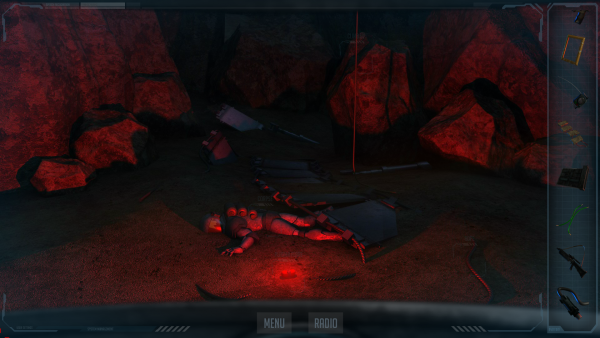 Admittedly, the story is pretty silly. It bills itself as an atmospheric chiller, but you won’t find many scares in this game. The entire plot works around hidden robot aliens and you don’t find much out about them until the very end of the game. The plot would have worked just as well if it were a crash landing and you had to rebuild your ship. The voice acting and dialogue can be slow or one-dimensional but it’s to the point enough where it isn’t distracting. 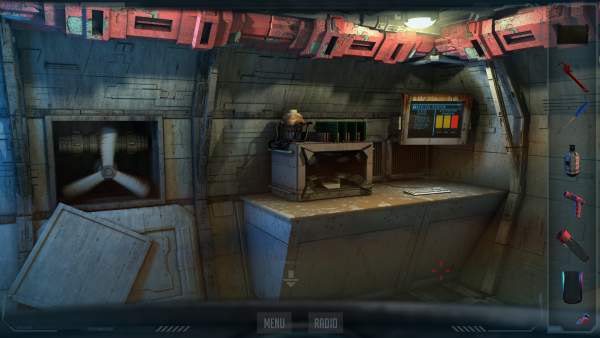 Morningstar definitely has an audience. While it’s not going to convert anyone to adventure game fandom, it’s a prime example of why they were so popular in earlier PC gaming. It’s not excessively long; most people can probably finish the game in one sitting. The price is a bit steep considering there’s almost no replayability so once you know the solution to the game that’s it. However, if you’re looking for a game that exerts a lot of personality while allowing you to relax for a few hours Morningstar is a great title.

Full disclosure: This review is based on a review code provided by the game’s publisher

I’m forever blowing bubbles!   Bubble Trouble is one of many aftermarket releases for the Lynx by well known mail order company Telegames. The game was originally programmed for…