SNK Hints At New Garou: Mark of the Wolves Release

Few games carry as much weight for fan’s of the Neo Geo as Garou: Mark of the Wolves. The 1999 fighter is known for its incredibly fast and tight fighting engine and gorgeously well animated sprite-based visuals. Over the years the title has become revered as SNK’s answer to Capcom’s Street Fighter III: Third Strike, and with good reason. The sublime slugfest is a testament to the 16-bit platform’s permanence as an arcade juggernaut.

That said, today SNK Playmore dropped what could be a saccharine sweet pre-Valentine’s Day bombshell on their Twitter feed that surely has the ears of arcade aficionados everywhere perked, awaiting news of what’s to come. The Tweet wishes, which features some festive art of Rock Howard, Terry Bogard, Griffon, Dong Kaphwan and the punchy pirate pugilist B. Jenet, wishes SNK’s fans a Happy Valentine’s Day, then shoots them through the heart with Cupid’s arrow, hinting that Mark of the Wolves could see a release “soon”.

Happy Valentine’s Day!! “GAROU: MARK OF THE WOLVES” to be released soon!? pic.twitter.com/jAQEDmTyKj

While this could mean everything from a mobile or console port of the original game to a spin-off title (SNK’s recent penchant for strange KoF-themed titles like King of Fighters: Sky Stage comes to mind), any new news regarding the series is welcome. And truth be told, if an iOS-port is in the works it might be a great excuse to bust out your dusty iCade cabinet for some 4G fisticuffs. The final possiblity, though it’s highly doubtful could be a sequel. During a fan event in 2005, esteemed SNK artist Falcoon noted that a sequel was in fact in the works (it was apparently over 70% finished), but work on the project slowed over the years until 2008 when SNK announced there were no plans to bring the game to current hardware. That said, while the likelihood of seeing Garou: Mark of the Wolves 2 resurrected in the HD form of say, King of Fighters XIII, any acknowledgement that SNK still has plans for the series is good news to us. 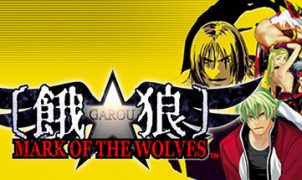 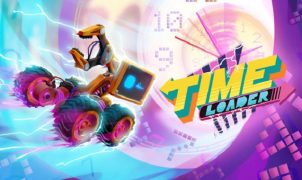