Telltale Games has announced that Kevin Bruner, company co-founder, as its newest CEO. Although previous CEO Dan Connors has stepped down from the role he has had since 2004, he will still remain active in the company by taking an advisory role. Telltale games has also announced that it has some original intellectual property in the works; a new direction for the company that has worked on making games around licensed franchises such as The Wolf Among Us, and The Walking Dead.

The official Telltale Games announcement also states that they plan 2015 to be a year of growth in the company and makes note of a transition period as well. Aside from its own planned IP, Telltale is also working on post-debut seasons of Game of Thrones and Tales from the Borderlands, in addition to Minecraft: Story Mode, and The Walking Dead Season 3.

According to an interview with Gamasutra, Bruner stated Telltale’s planned growth to be a change headed in the “right direction”. Also made mention of by Bruner was the fact that the company doubled in size around every 16 months since its beginning around a decade ago.

“We’re looking at the next growth phase for Telltale,” added Bruner. “We’re 240 people now, and we continue to have an opportunity to do great things and grow the company.” In a press release, Dan Connors stated that “2015 is the first of the next ten years for an ever-evolving Telltale. As we enter this new phase, and as Kevin transitions to my former role of CEO, I will remain with the company and on the board in an advisory role that will help ensure Telltale’s vision of continuing to break new ground as leading storytellers in the entertainment space.” 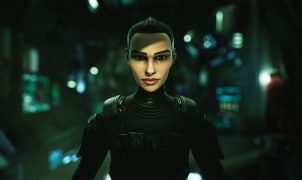 Telltale Are Back, Bringing The Expanse Into Gaming

Video killed the radio star. I’ve played an awful lot of unique video games over the years, but Small Radios Big Televisions may be the most surreal one to…