DmC Devil May Cry: Definitive Edition Coming to Xbox One, PS4 in 2015 Capcom today announced that DmC Devil May Cry: Definitive Edition will be arriving on the Playstation 4 and Xbox One as a digital download and at retail across In Europe and North America starting March 17, 2015 for an MSRP of $39.99 / €39.99. In addition to Ninja Theory’s stylish reboot,  Devil May Cry 4 Special Edition will will also be seeing its next-gen reboot on the PlayStation 4 and Xbox One in Summer 2015.

DmC Devil May Cry: Definitive Edition will include the original 2013 title, all previously released downloadable content, including the “Vergil’s Downfall” campaign as well as brand new modes and additional gameplay features, making this the definitive version of the sublimely over-the-top action game.

In addition to the shiny facelift the games will see courtesy of the Xbox One and Playstation 4’s added horsepower, the games will receive a number of tweaks including balancing and improvements based on fan feedback, as well as modifiers that can be turned on at various stages, including Turbo Mode which allows players to increase the speed of play for even faster, more intense combat. Additional leaderboards, trophies and achievements will be included, as well as social features, taking advantage of both PlayStation 4 and Xbox One functionality.

Capcom will be revealing more details on DmC Devil may Cry: Definitive Edition early next year. For now, check out the announcement screens below. 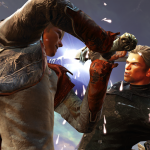 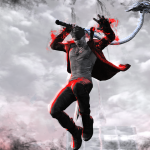 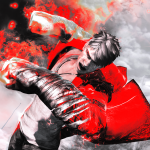 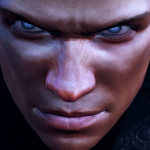 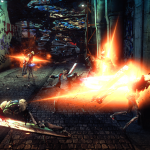 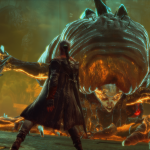