Little Big Planet 3 marks the third main installment in the series (or seventh if you count the one for the PSP, the Vita edition, the racing game, and Run Sackboy Run for IOS). It also marks the first main installment not handled by series creator Media Molecule. The game is now in the hands of Sumo digital, the studio behind the Sega All Star Racing games… sounds promising. Did the new developers create a game worthy of the Little Big Planet name? Or is it just a desperate cash grab?

The basic LBP formula is mostly unchanged, you play as Sackboy (or girl, your choice), and you go through various levels in both the story and the online community. The biggest change however is the addition of three new playable characters, each with their own unique abilities. You have Oddsock, a dog-like sack creature that can move faster and wall jump; Toggle, who can shift between a small form and a larger form that looks kind of like that purple thing from McDonalds; and Swoop, who is basically a bird. Gameplay for each character felt very unique and their levels matched the character’s play-style. Oddsock’s levels are fast paced and feature a lot of quick platforming, Toggle’s levels felt more puzzle based and required using Toggle’s changing sizes to proceed and avoid hazards, and Swoop’s relied a lot on flight and dodging obstacles in your way. 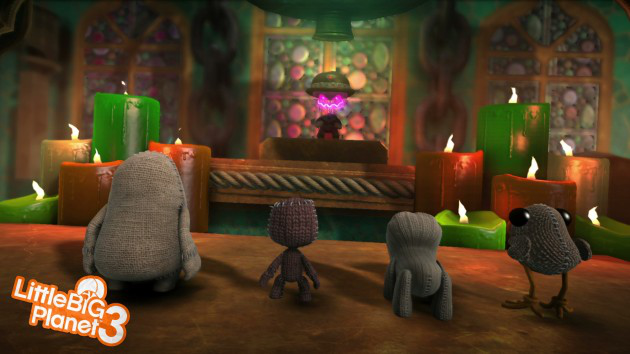 You have to wonder what they were thinking when they decided to add a bird, a parkour dog, and a size-changing thumb to the game.

Story-wise the game takes place on Bunkum, a planet which is apparently in another dimension. A Creation Curator named Newton releases three titans and begins absorbing all the creativity in the world. It’s up to the player to reawaken Bunkum’s three sleeping heroes, re-capture the titans, and save all the creativity in Bunkum.

The story mode feels very different than Little Big Plant 2’s. Story levels are now accessed from a hub world where the player can look for new items, play side quest levels, and buy costumes from an in-level store. The areas are creative, but there are less of them to explore. Thankfully the actual story missions have variety in scenery and design. One level you’re climbing a giant tree styled after a roller disco, another has you navigating a giant furnace, and one level takes place inside a giant whale Pinocchio-style. What it lacks in quantity, the game makes up for with quality. It’s a shame that the story is smaller and less fleshed out than Little Big Planet 2’s. You could probably beat the entire story in a day, and the formula for the story levels can get repetitive. Another downside is that the new playable characters do not get allot of play time. Each new character has one introductory level followed by a boss level, after which they are not used until the last area aside from one mini-game each. 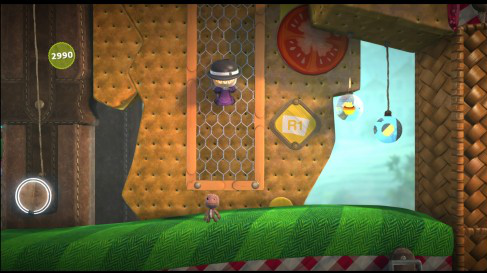 Climbable walls are just one of the new features in the game, along with slides, teleporters, and the ability to make a gun that fires hammers with bow ties.

In most games a weaker story would be a major downside, but thankfully Little Big Planet 3 can hold up on community levels alone. In fact, Little Big Planet 3 gives us more creation tools than ever this time. You can now place materials in 12 layers as opposed to the traditional 3, allowing for added depth in levels. My favorite new creation tool is the power up creator, which as the name says allows you to cook delicious BBQ chic- I mean make your own power ups. You can make almost any power up you desire. If you want a gun that shoots cars you can make it, if you want to recreate your favorite video game weapon you can, if you want to make a bowling ball that fires tiny exploding Jerry Seinfelds for whatever reason, well you can do that too.

Little big planet 2 introduced great power-ups such as the grappling hook and the grabinators, and LBP3 follows suit by introducing five new power ups. Among these new power ups is a gun that can suck objects towards you or blow them away (so it’s basically the accordion from Tearaway), a hat that attaches to grind rails, and my personal favorite, a set of rocket boots that allow for boosting in mid-air. The five power ups can be accessed at any time in story mode thanks to a new power up wheel feature.

The Creation Curator characters in this game are unfortunately not as memorable as the ones featured in LBP2, but that does not make them any less entertaining. Among the five or so Curators you meet are Marlon Random, a movie star voiced by Nolan North, and Papal Mache, a Curator whose sense of creativity and imagination was stolen from him and replaced with “hairy brain turkey”. They all have distinct personalities, well written dialogue, and voices that fit the characters. The best in my opinion however is Newton, who serves as quite possibly the best LBP villain since the Cakeling in the LBP2 PlayStation move DLC. He’s funny and has plenty of redeeming qualities in addition to being voiced by Hugh Laurie, Steven Fry’s comedic foil best known for his role as Doctor House. That’s right folks, the evil light bulb in Little Big Planet 3 is voiced by Doctor House. 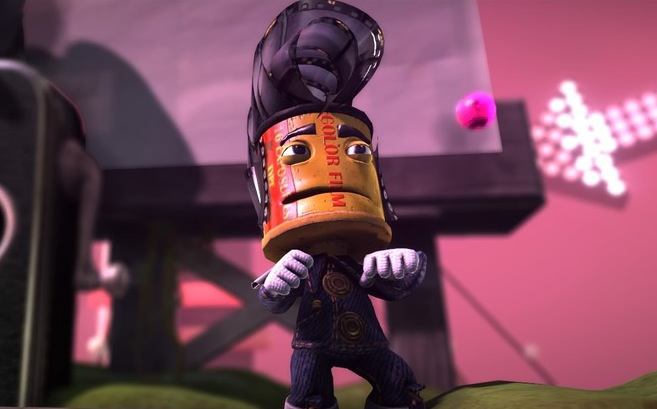 Marlon Random (voiced by Nolan North) is one of the creation curators who you will meet throughout the game.

I was playing on the PS4 version (because I paid 450 bucks for this thing so I might as well use it) and I found that transferring all my costumes and items from LBP2 was a bit tedious and complicated. I had to re-download my add-ons from the PlayStation store, make a private level with all my items in prize bubbles, and copy them. The PS3 version should not have this problem though.

Additionally the game adds a new mode called Popit Academy, a set of levels which replaces the tutorials from create mode and unlocks new stickers and decorations. This mode features returning characters from Little Big Planet 2, such as Larry DaVinci. I found Popit Academy to be enjoyable and effective in teaching the player how to use the items in create mode. It’s much better than the usual tutorials from the previous games. 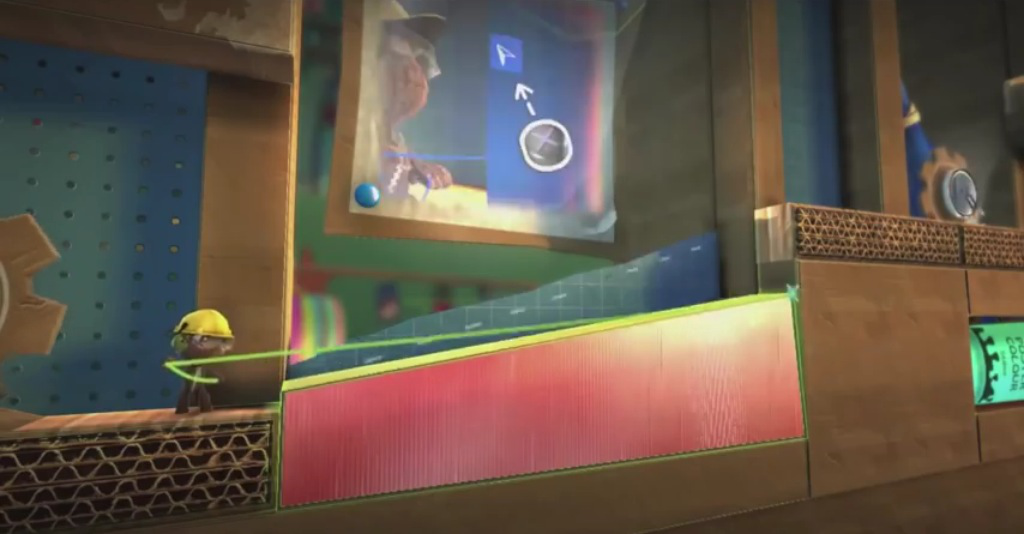 I learned more in seven levels of Popit Academy than I did in my first semester of community college.

Overall I’d say Little Big Planet 3 was a good game. It improved on gameplay and level design, and gave new create mode tools, but lacked in its story aspect. The quirky side characters are well-written and provide dialogue that will entertain players of all ages. The game’s soundtrack is good as well, mixing original songs with licensed music, including a remix of How Do You Like Me Now. I encountered a few day one bugs, but most of those have been patched by now. If you are looking to buy the PS4 version, be warned that transferring all your PS3 DLC is a bit strenuous. I also wish to point out that the sackboy plush that came with my copy of the plush edition was of a lower quality than I expected. If you’re looking for a calmer, less violent video game, a decent platformer, or a game to entertain your children, Little Big Planet 3 is the game for you.