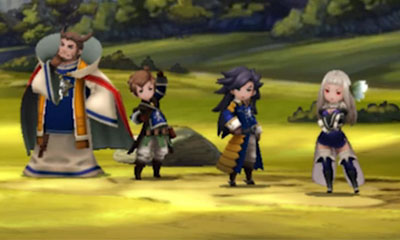 The demo for Bravely Second, the sequel to this year’s Bravely Default, is out on the Japanese 3DS eShop. If you don’t have a Japanese 3DS, however, there’s no way for you to access it.

Don’t worry. NiNTENDOMiNATiON has you covered. The YouTube channel uploaded just over thirty minutes of gameplay from Square Enix’s upcoming turn-based RPG, and you can see it below.

Bravely Default is one of my favorite games this year, and if Square Enix can fix the problems the first one had, I’ll likely enjoy Bravely Second even more. It’s out in Japan on April 23, with no official North American release date yet.